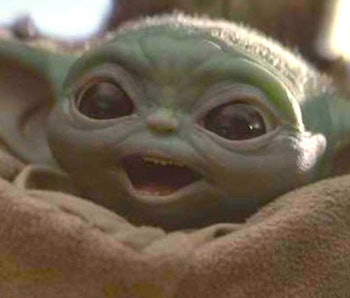 Who rescued Baby Yoda from Order 66? That question has been nagging at Star Wars fans ever since The Mandalorian introduced the character. Grogu was already 50 years old by the time viewers met him in the Disney+ show's debut episode, which meant he was alive during Order 66 and the Jedi Purge. That fact was later confirmed by Ahsoka Tano in The Mandalorian season 2, who also revealed that Grogu had been raised on the Jedi Temple on Coruscant.

Those details have led fans to speculate about Grogu’s past even more than they were before. Fortunately, a new fan theory could reveal the Jedi responsible for taking Grogu from the Jedi Temple.

The Theory — Redditor u/therealgundambael suggests that it was none other than Quinlan Vos who saved Grogu from certain death on Coruscant. To back up their claim, the redditor argues that, due to his extensive experience working undercover, Vos would have been uniquely equipped to sneak into the Jedi Temple and get Grogu out of there, as well as keep him alive and hidden afterward. Grogu was also being guarded by Niktos when he was found by Din Djarin in The Mandalorian pilot, many of whom typically work for the Hutt Clan, which would connect back to Vos’ connections to the criminal underworld.

Who is Quinlan Vos? A Jedi during the last days of the Republic, Quinlan Vos was known for being more of a brash rule-breaker than most Jedi of the time. He was an expert tracker, capable of reading other peoples’ memories by touching objects they handled, and was often assigned missions that took him into the galaxy’s criminal underworld.

In the Clone Wars animated series, Vos teamed up with Obi-Wan Kenobi on a mission to recapture Ziro the Hutt and capture the bounty hunter Cad Bane, who had freed Ziro from a Republic prison. The pair ultimately failed in their mission, but Vos left a lasting impression on both Obi-Wan and Star Wars fans.

Meanwhile, the Star Wars novel Dark Disciple (which takes place later in the war) follows Vos as he is assigned by the Jedi Council to assassinate Count Dooku. To do so, Vos teamed up with Asajj Ventress, Dooku’s former apprentice, who helped Vos go undercover and began teaching him the ways of the Dark side of the force. The two eventually fell in love, only for Ventress to die at the hands of Count Dooku, who Vos spared in the hopes of returning to the Light side of the force. Vos then spent the rest of the war leading military forces around the galaxy and fighting alongside the Wookiees on Kashyyyk.

The Inverse Analysis — Notably, both characters within the Star Wars universe and many fans believe that Vos was one of the few Jedi to survive the Purge, which means he could easily still be alive during the events of The Mandalorian and could have been the one to take Grogu away from the temple.

Of all the characters fans have suggested might have saved Grogu, Quinlan Vos is one of the most intriguing. The character’s unique personality and methods made him a standout in The Clone Wars, though, he’s still not a particularly well-known Star Wars character. But that doesn’t necessarily disqualify him from making an appearance on The Mandalorian.

Jon Favreau and the rest of the Mandalorian creative team have repeatedly proven themselves willing to use more obscure characters and plot points from the Star Wars animated shows and books in the show. In fact, one could argue that The Mandalorian's ability to make deep cut Star Wars references easy to understand for more casual fans has been one of its greatest strengths. That means the possibility of Quinlan Vos coming into play — possibly as Grogu’s mystery savior — is very much on the table.

The Mandalorian is available to stream now on Disney+.