'Loki' Season 2: Why [SPOILERS] is already a scarier villain than Thanos 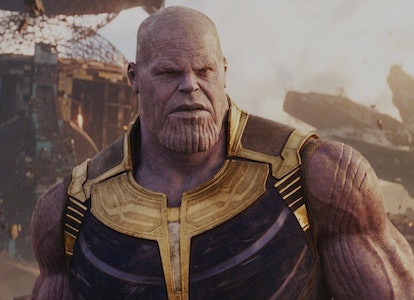 Loki may go down as the most important Marvel Studios story since 2012’s The Avengers. Not only because they’re two of the best showcases for Tom Hiddleston’s talent, but because they each introduced a supervillain who would go on to play a crucial role in an entire saga of the Marvel Cinematic Universe.

The Avengers famously introduced Thanos in a post-credits scene where the character doesn’t even speak, simply smiling at the mention of “death” (a nod to his infatuation with Death in the comics that the MCU never delivered on). But even that was enough to secure the Mad Titan’s place in movie history.

However, in Loki Episode 6, Marvel just set up an even greater supervillain thanks to one of the best character introductions in the MCU.

Warning! Spoilers for the Loki Season 1 finale right below this video.

Loki never actually used the word “Kang,” but there’s little doubt that Jonathan Majors (officially “He Who Remains,” according to Marvel) is the time-traveling warlord from the comics — or some variant of him, at the very least. And regardless of what you call him, there’s no doubt that Kang left a lasting impression.

Not only does Majors put on a captivating performance, but his final moments are particularly memorable. After all, when was the last time a franchise introduced a major new character by killing them? Not only that, but he exits with a particularly ominous threat, promising that his death will only unleash even scarier Kang variants before smiling and whispering, “See you soon.”

To be fair, Marvel had plenty of time to fine-tune Kang’s big intro. The news of Majors’ casting was revealed almost a year ago in September 2020, and we know he’s set to return in Ant-Man and the Wasp: Quantumania in early 2023. With so much on the line, it makes sense Loki would need to quickly establish Kang as a clear threat who can raise the stakes for the entire MCU far beyond what we saw with Thanos.

Thanos was never supposed to be Marvel’s first big bad. Avengers director Joss Whedon famously stuck the purple space god in his post-credits scene because he thought Thanos was cool, but after fans reacted positively, Marvel built an entire 10-year saga around the Mad Titan.

With Kang, Marvel has the benefit of foresight. But that also means added pressure. We know Kang is going to be a big deal. If Loki didn’t nail his introduction, it could have thrown off the entire future of the MCU.

That’s probably also why Loki Episode 6 also went out of its way to make a subtle dig at Thanos. When Loki and Sylvie first enter Kang’s castle, Miss Minutes offers them whatever they want if they’ll turn around and leave. For Loki, that includes absolute power, courtesy of the Infinity Gauntlet.

That’s right, Kang just offered up all six Infinity Stones like pocket change. If that’s not proof Marvel’s new big bad is way more powerful than Thanos, we don’t know what is.