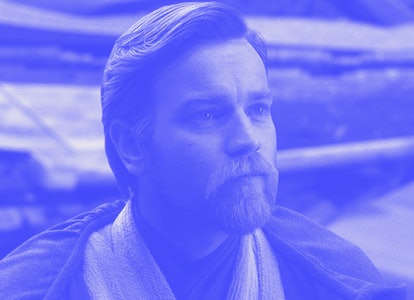 Two upcoming Star Wars shows may share an interesting connection. The studio is busy developing a whole slate of new Star Wars projects, including the long-awaited Obi-Wan Kenobi show and the Rogue One spinoff Andor, with Ewan McGregor and Diego Luna reprising their roles for each respective show. Now, a new casting leak may reveal an unexpected link between Obi-Wan and Andor that might just hinge on a beloved character new seen before in Star Wars live-action.

The Theory — TikTok user chewie_on_this notes that actress Denise Gough is listed as starring in both Obi-Wan and Andor. The Gough’s involvement in the latter series has already been announced by Lucasfilm, but there has been no official word up until this point about Gough also appearing in Obi-Wan. Her role in Andor is also still a secret, which makes her involvement in both shows that much more intriguing (assuming that this isn’t just a mistake on IMDb’s part).

The TikTok user, however, did speculate about who Gough could be playing, and it’s a character that will be very familiar to Clone Wars fans: Duchess Satine Kryze.

Is Satine in Kenobi?

Satine was a Mandalorian duchess who tried to keep Mandalore a neutral planet during the Clone Wars. She was also the sister of Bo-Katan (a character played by Katee Sackhoff in the most recent season of The Mandalorian) and a love interest for Obi-Wan Kenobi. Near the end of the war, Satine was tragically killed in front of Obi-Wan by Darth Maul during his initial takeover of Mandalore and died in Kenobi’s arms. The relationship between her and Obi-Wan is generally considered by Clone Wars fans to be one of the most powerful storylines in the series.

So timeline-wise, Satine will have already died before the main events of both Obi-Wan and Andor. It’s entirely possible that the character will still show up in Obi-Wan somehow, as a memory (or ghost) still haunting Ewan McGregor’s mournful Jedi, but as of now, there’s no clear reason why she’d have a role in Andor.

The Inverse Analysis — Disney and Lucasfilm are both very adept at keeping story details and spoilers out of reach of Star Wars fans, which means there’s probably going to be quite a lot that viewers won’t know about Obi-Wan or Andor by the time they make their inevitable debuts on Disney+. It is very plausible that Obi-Wan and Andor will share some surprising connections — especially since the shows will be set within just a few years of each other, but whether or not Gough’s mystery character is one of those connections is something we’ll have to wait and see.

If Gough has, indeed, been cast in both Obi-Wan and Andor though, the question of who she’s playing is another matter entirely. Satine is certainly possible — especially in relation to the Obi-Wan show — but it seems like an unlikely possibility for the time being.