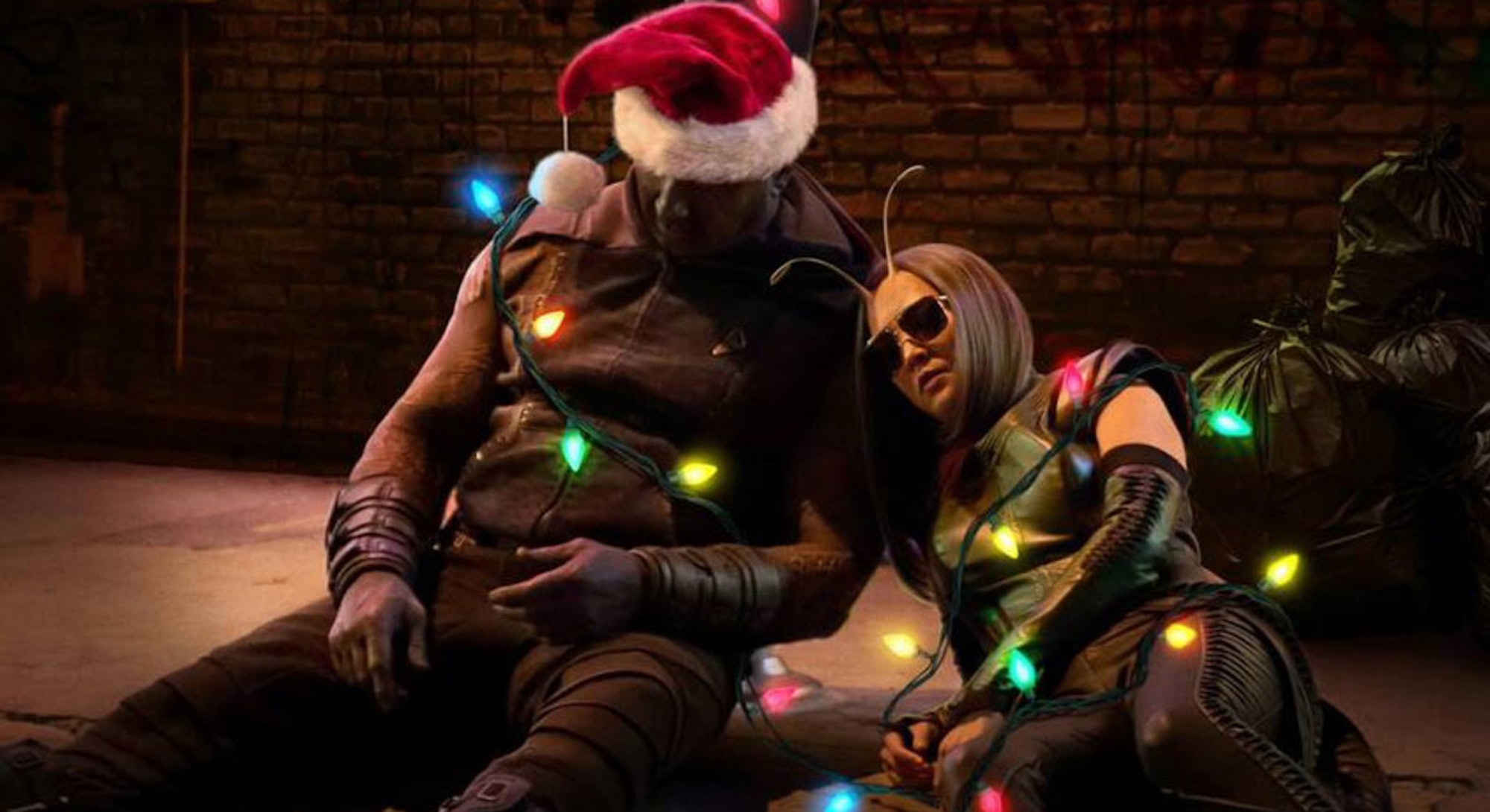 Whatever you think of Christmas, its particular brand of sentimentality can be potent, powerful, and beautiful.

Giving someone a gift is the ultimate act of vulnerability. We surrender our predisposed selfishness to make someone else a bit happier and a bit more loved. Who better in the Marvel Cinematic Universe, then, to tell a story about sentimentality and vulnerability than the Guardians of the Galaxy?

The space-faring rogues of the Marvel franchise return in the obnoxiously titled but delectably entertaining The Guardians of the Galaxy Holiday Special, streaming November 25 on Disney+.

Written and directed by James Gunn, Holiday Special is not only an exhibition of Gunn sacrificing his trademark cynicism and black comic tones for something sweet and tender, but proof there is still a human heart pumping underneath the plastic armor of the MCU. Funny and just a little bizarre in the ways the Guardians movies have always been, Holiday Special is also authentically warm and thoughtful in the same way as a lovely gift from a friend feels.

Set during an undetermined time after Avengers: Endgame and Thor: Love and Thunder, Peter Quill (Chris Pratt) is down on the dumps. Christmastime is here, but the Earth-born outlaw has soured on it since a traumatic incident involving his surrogate father figure Yondu (Michael Rooker, in animated voice-over). His Guardians family knows he’s especially blue about Gamora, who died in Endgame three years ago. (Time is really undefined in the MCU these days.) This inspires the two best bozos of the group, Mantis (Pom Klementieff) and Drax (Dave Bautista) to hatch a scheme: kidnap Star-Lord’s greatest hero as a gift. That hero, by the way, is Kevin Bacon. Finally, a joke eight years in the making comes to a close.

Clocking in at under 45 minutes and still making time for musical numbers, dance club montages, and stray jabs at the artificiality of Los Angeles, Holiday Special is light in its reverence for the MCU’s unwieldy canon and even lighter in its action set pieces. Your mileage may vary on whether the likes of Holiday Special is a waste of time — there’s nary a post-credits scene to set up Adam Warlock in Vol. 3 or whatever — or a refreshing change of pace from having to watch a new Marvel thing with the wiki memorized.

It’s an Avengers world the Guardians inhabit — we get to see them share space (and beat up) costumers at the Chinese Theater in Hollywood. But their movies, including this special, still operate by their rules. The signature elements of a Guardians of the Galaxy romp are all here, including pop music needle drops, though the sub-franchise’s distinct focus on ‘70s and ‘80s soft rock now yields in favor to Fountains of Wayne and other Christmas radio staples.

Holiday Special is also something of a novelty based on who actually stars in it. While the Guardians ensemble is all present, from Karen Gillan as Nebula in glorified extra capacity to Bradley Cooper and Vin Diesel voicing Rocket and a ridiculously swole Groot, it’s Klementieff and Bautista who are the true headliners here. The two rise to the occasion as a comedic duo, turning a glorious holiday feast out of their script’s lean ingredients. “He’s an actor!” Klementieff’s Mantis yells with palpable disgust upon learning that Kevin Bacon is not actually the heroes he played on camera. “But actors are repugnant!” adds Bautista’s Drax, equally repulsed. Ironically, the special’s actors are doing a bang-up job here, and you won’t believe how far they go with little to go on.

Bautista has long established his wide range as an artist, especially in collaboration with directors like James Gunn and Denis Villeneuve who know how to use him. It’s unsurprising to say how good he is in Holiday Special, even if Marvel is getting to be below his station. But it’s Klementieff as Mantis, whose performance has been historically underrated since she debuted five years ago in Vol. 2, that truly shines. While her expressive obsidian bug eyes are due to hundreds of overworked VFX artists, Klementieff alone pierces through the screen with an inspired performance that seeds empathy. Her childlike accented speech and boundless naivety crystallize in Holiday Special, and in a short span of time, Klementieff impressively proves she’s the secret heavyweight in a space full of muscular men in tights.

The Guardians of the Galaxy films have long been about the importance of a found family, and that blood — or even species — don’t decide the strength of those bonds. The abundant sweetness and sentimentality of the Christmas season make for one heck of a new flavor over a familiar yet fulfilling Marvel meal. No spoilers here, but a potentially game-changing revelation contained within means there’s more to be savored beneath the shiny wrapping. It might mean a lot for Klementieff especially, who has endured tragic personal trauma and is seen in Holiday Special exorcising those feelings in front of millions. It’s a lot she’s leaving on the screen as she bares her soul through the life of someone else. What a beautiful gift for us to have, to learn that maybe we aren’t so alone in the vast coldness of winter.

The Guardians of the Galaxy Holiday Special hits Disney+ on November 25.