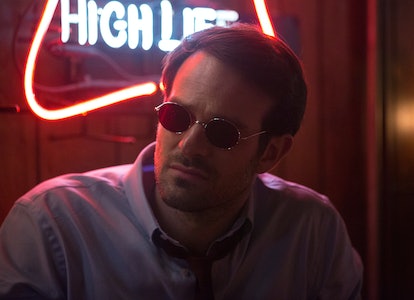 Of all the films and TV shows that Marvel Studios is set to release over the next three years, few carry quite as much weight among fans as Daredevil: Born Again. The highly anticipated 18-episode Disney+ series is not only named after a beloved Marvel Comics arc, but will star Charlie Cox as Matt Murdock and Vincent D’Onofrio as Wilson Fisk.

Born Again has the potential to finally follow up on the three seasons of Marvel’s beloved Daredevil Netflix series. In case that wasn’t exciting enough, a new Marvel leak claims that Cox’s Matt Murdock and D’Onofrio’s Kingpin won’t be the only high-profile Netflix characters who appear in Daredevil: Born Again.

The Leak — In a recent tweet, a Marvel Cinematic Universe insider known as @CanWeGetToast claimed fans should “expect Punisher to show up” in Daredevil: Born Again. Notably, the leaker didn’t specify whether the character will still be played by Jon Bernthal, who personified the Punisher on Netflix.

As is always the case with MCU leaks, make sure to take this claim with a substantial grain of salt for now. Marvel has yet to say whether a version of The Punisher — let alone Jon Bernthal’s take on the character — will appear in Daredevil: Born Again.

A Punishing Return — This leak does line up with a number of rumors about both Daredevil: Born Again and Echo. Cox and D’Onofrio are both set to appear in the latter, and it’s rumored the Hawkeye spin-off will also set up Krysten Ritter’s return as Jessica Jones.

That specific rumor has led many to speculate that Daredevil: Born Again may secretly be a quasi-reunion series for some of Marvel’s former Netflix stars. Bernthal’s performance as Frank Castle remains popular with fans, and he’s long been rumored to be one of the Netflix actors who Marvel Studios is interested in working with again.

For those reasons, it would make some sense for Bernthal’s Punisher to appear in Daredevil: Born Again. However, the version of Frank Castle that Bernthal played in Daredevil and The Punisher is considerably darker than practically every other character Marvel has used in its MCU films and TV shows.

This rumor therefore raises several important questions about Daredevil: Born Again. Given his mental and emotional darkness, is Bernthal’s Punisher a character who could be depicted faithfully on Disney+ shows? And if so, does The Punisher’s inclusion in Daredevil: Born Again mean the series will be as dark as Marvel’s comic book and Netflix fans want it to be?

The Inverse Analysis — There’s no telling right now what plans Marvel Studios might have for many of its abandoned Netflix characters, including Jon Bernthal’s Punisher. The studio has so far avoided introducing any characters into the MCU who could be considered as brutal as Bernthal’s Frank Castle, and it hasn’t suggested that it plans to break that pattern anytime soon, either.

Assuming this leak is correct, that leaves us with two possibilities. Either Marvel is going to introduce a lighter version of The Punisher in Daredevil: Born Again, one who Bernthal may not even play, or the studio is going to use the series as an excuse to finally deliver a Disney+ title that actually inhabits the same grittier space that its canceled Netflix shows did.

Both approaches seem possible, but we know which option fans of The Punisher and Daredevil would prefer.

Daredevil: Born Again is set to premiere on Disney+ in spring 2024.