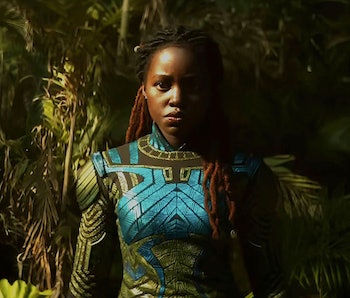 Update: Disney has officially revealed that Black Panther: Wakanda Forever will be streaming on Disney+ starting on February 1. That’s a lot later than originally projected since Disney’s theatrical window would have allowed the Marvel movie to arrive on streaming in late December. While we don’t know why February 1 was selected, it likely means that the movie is still making enough money in theaters to push back its Disney+ debut by an extra month.

When will Black Panther: Wakanda Forever be on Disney+? The new Marvel movie is currently in theaters, but if you’re still avoiding crowded indoor spaces and just prefer watching movies from the comfort of your couch, you’ll probably want to wait until Black Panther 2 arrives on streaming.

So when might that be? Here’s everything we know about Black Panther 2’s Disney+ release date based on Marvel’s recent history along with a few other crucial factors. Using this information, you should be able to decide whether it’s worth waiting for this one to hit streaming or if you should see it in theaters now instead.

When is the Black Panther 2 Disney+ release date?

Marvel typically waits a while to reveal when each new movie will arrive on Disney+ (likely so more people pay to see it in theaters), but there’s one piece of information we know for sure: All new Disney movies take at least 45 days before making the jump from cinemas to streaming. (The only exception to that rule in recent memory is Encanto, which wasn’t a massive box office hit but became a phenomenon after it landed on Disney+ on December 24.)

Of course, 45 days is the minimum, not the only option. Disney often waits even longer for its biggest movies. For example, Thor: Love and Thunder could have arrived on Disney+ by late August, but it got pushed back to September 8 to line up with Disney+ Day.

For Black Panther 2, the soonest the movie could possibly show up on Disney+ is December 26. But there are a few other factors to consider. For one thing, Wakanda Forever is a huge box office hit, and Disney might want to keep it in cinemas a little longer. In that case, it might now show up on streaming until January 2023.

On the other hand, it’s possible we could see Disney pull another Encanto and push Black Panther 2’s Disney+ release up by a few days. This might cut into box office sales, but it would also ensure that everyone who’s home for the holidays watches Wakanda Forever instead of whatever’s available on rival services like Netflix and HBO Max.

Either way, you’ve got at least a month and a half to go before Black Panther 2 comes to Disney+ (if not longer). So if you’re worried about spoilers, we’d recommend heading to the theater now (if you can) before someone ruins the ending for you.

More like this
Entertainment
17 hours ago
Corey Stoll could have the chops to make a live-action M.O.D.O.K. work
By Mónica Marie Zorrilla
Entertainment
Jan. 17, 2023
Guardians of the Galaxy 3's Adam Warlock reveal may be a big misdirect
By Eric Francisco
Entertainment
Jan. 15, 2023
3 ways Marvel Phase 5 can fix the MCU’s biggest problems
By Dais Johnston
LEARN SOMETHING NEW EVERY DAY.

This article was originally published on November 15, 2022