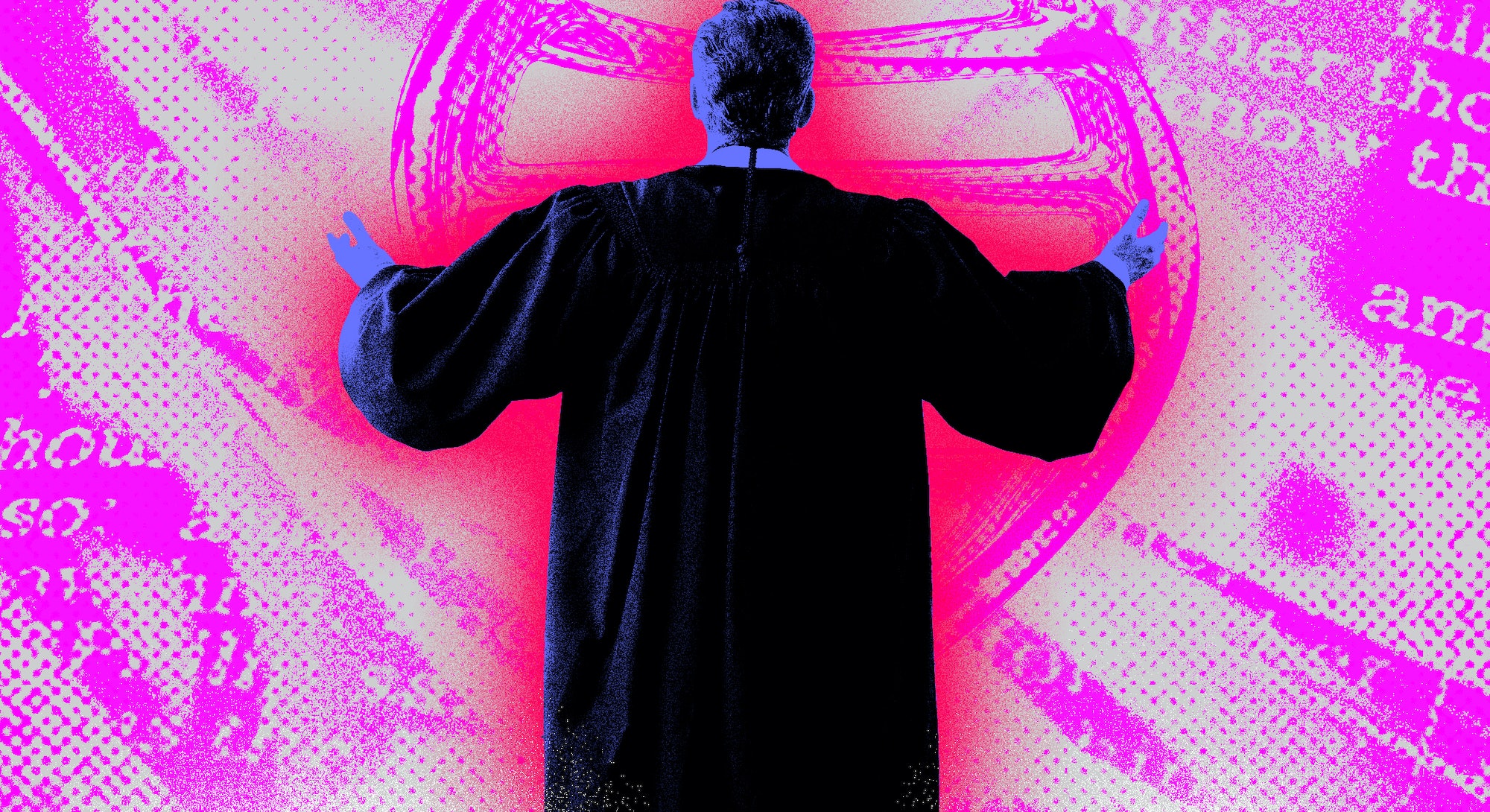 According to Brown, his body glowed, Bible verses flashed before his eyes, and he felt a “piercing through to the core of the cells and atoms of the body,” which, as he put it, awakened his DNA. He was unable to get out of bed for months after the incident. When he recovered, he declared he was immortal.

Brown ultimately gave up on a career as a gospel preacher and instead founded his own religion centered on immortality. In 1982, Brown created The Eternal Flame, a group whose belief system centered around his claims to eternal life. He promised to pass on to his followers his self-proclaimed immunity to death through a process he called “cellular intercourse.”

Over three decades, The Eternal Flame grew to include thousands of people and changed its name and tenets several times. Then in 2014, the erstwhile immortal founder suffered a major catastrophe — Brown died at 79.

With Brown’s immortality definitively disproven, the end should have been nigh for his ideas, too. But a large part of his teachings lived on. In 1996, his wife Bernadeane and business partner James Strole launched People Unlimited, a new version of the community which minimized the input of the ailing Brown almost completely.

Indeed, People Unlimited today bears little to no resemblance to The Eternal Flame.

People Unlimited has had to adapt to survive Brown’s legacy. Today, the group focuses more on science-based research and anti-aging innovations than outright miracles. It also hosts the RAADfest (think Coachella for people who want to live forever), where community members can gather to share ideas for an “ageless life.”

In a comment for this story, People Unlimited strongly denies it is a cult. The group has been called a cult in the past, including by cult deprogrammer and founder of the Cult Education Insitute, Rick Alan Ross, but communication director Joe Bardin tells Inverse that just doesn’t reflect reality.

“We can’t even get everyone vaccinated, what kind of cult can’t get its people vaccinated?”

In its heyday, long before People Unlimited launched, The Eternal Flame attracted a lot of scrutiny as to what the group was and its relationship with its members. But in its adaptability, both The Eternal Flame and later People Unlimited share a core trait of many communities founded on an extreme belief: A failed prophecy doesn’t mean the end of the movement. Instead, it can galvanize a new era.

At the height of Brown’s rise, The Eternal Flame reportedly included 30,000 people from more than 18 countries on its mailing list in the early 90s, according to an AZ Central report. The group made money by charging membership fees, among other sources of income.

At the end of 1993, the group suffered its first death-induced setback when prominent member Donald Leon died of cancer. Membership dwindled, but the community lived on. One former member told Arizona Central that Leon’s death was a “shot in the bowel to my immortality."

Brown’s death in 2014 was another blow to the ideals on which The Eternal Flame and, later, People Unlimited were founded. Cohen spent months with People Unlimited researching his dissertation and says members would rarely discuss the founder’s death even years later.

“When I was doing my fieldwork, when he was brought up, it was often in a very negative way,” he says.

“The public gets it wrong when they think that facts alone will help to wake someone up.”

When Brown died in 2014, People Unlimited’s communications director Joe Bardin told local Arizona media that “while the ideas of immortality burned brightly within him, the living of it often eluded [Brown].”

A popular saying among the group, according to Cohen, is “every death is a suicide.”

This mindset helps rationalize away the demise of its members. But at the same time, these deaths have caused the group to evolve away from making stark claims about immortality to more forgiving ideas about reversing or stopping aging.

For groups more readily recognized as cults, a failed prophecy like the death of an immortal founder can have the paradoxical power to increase the fervor among members and leadership.

In their 1956 book When Prophecy Fails, Leon Festinger, Henry Riecken, and Stanley Schachter follow a cult founded on a prediction that its followers would be rescued by flying saucers before the world ends on December 21.

The cult’s main prophet believed she was receiving messages from other-worldly beings called Guardians — one of whom was Jesus reincarnated — who told her about an impending flood. She attracted a modest number of followers, but the cult didn’t go out recruiting members.

In the run-up to the foretold December 21 apocalypse, the leader issued a series of very specific declarations, but the cult’s followers were left disappointed. On more than one occasion, cult members gathered in the backyard of the leader’s house, waiting to be picked up by a flying saucer at a specific time and date, only to be stood up by their extra-terrestrial saviors. Every time the cult leader’s predictions didn’t pan out, she made excuses, even claiming these were just tests for the real thing.

“We do all kinds of contortions to stay in alignment.”

But when December 21 arrived, and neither space Jesus nor the flood materialized, the leader “consulted” with the Guardians, who told her their actions and preparation had saved the world from disaster and the flood was no longer a threat.

This would have been a natural point for the group to break up — the prophecy was no longer relevant — but the opposite occurred. The days following December 21, the group went big on publicity and invited reporters in for interviews. In the right conditions, the book argues, a failed prophecy may be the best thing that happens to a cult.

The book is still an influential work on cult psychology. At its core is the concept of cognitive dissonance — the conflict humans experience in their minds when parts of their brains are at odds with each other.

“[It is] the idea that people like to be congruent between what they believe and how they act and how they feel, and that we do all kinds of contortions to stay in alignment,” explains Steven Hassan, a mental health and cult expert. “Especially if we're engaged in extreme behavior like giving over our money or leaving our wife to join a cult.”

Hassan speaks from experience: As a 19-year-old, he joined the Unification Church, a.k.a. the Moonies religious cult. He spent over two years with the group, living in communal housing and sleeping less than four hours a day. He left after he crashed a van while sleep-deprived, and his parents hired counselors to coach him out of the organization, and he now works to help other people leave cults.

“The public gets it wrong when they think that facts alone will help to wake someone up. And in the case of somebody who says they’re immortal and then their body dies, then there’s all kinds of opportunities to rationalize, justify, and make up a story,” he says.

Whether it’s a mortal end to an immortal life or the apocalypse that never happened, one big event isn’t going to snap most cult members out of their delusions.

QAnon, the political conspiracy theory, has many cult-like features. Its participants are intensely devoted, often spending much of their lives hunting down clues and making QAnon-related content online. Followers have described their difficulties in exiting the movement, and those who do leave are cut off from the community, which is largely online.

Mike Rothschild, author of The Storm is Upon Us, likens QAnon to an addiction that followers can’t quit.

“When you get involved in a movement like QAnon, it tends to take over your life. It becomes the only thing that matters,” he tells Inverse. “And pretty soon, nothing else really appeals to you.”

QAnon followers have had to navigate numerous failed prophecies and predictions since the movement began gaining traction in 2017.

“You don’t want to walk away from it because you want it to be true.”

“It’s based on a failed prediction: the idea that Hillary Clinton will be arrested on November third,” explains Rothschild. “That never happened. And it was a great opportunity for people to go, ‘Well, this was fun, let’s move on to the next thing.’ But at that point, it was only a couple of weeks in, and people were already really invested in it coming true. And at that point, you don’t want to walk away from it because you want it to be true.”

That pattern continues, even as the prophecies have grown increasingly outlandish. In October 2021, QAnon followers traveled to Dallas, Texas, to witness the return of John F. Kennedy at Dealey Plaza, where he was assassinated in 1963. The October prediction came and went. A splinter group of Q enthusiasts soon formed, led by the man behind the JFK prophecy, Michael Protzman. The group later called itself Negative 48, and Protzman continued making predictions that JFK was about to return to Dallas. Each time the former president failed to reappear from the dead, his return date was simply pushed back a few weeks. Meanwhile, Protzman’s followers gave him thousands of dollars to pay for accommodation and food as the group waited.

Negative 48 is much more like a classic cult than the main QAnon movement, according to Rothschild. As in the classic cult model, Negative 48 is led by one charismatic leader, and members give up their lives and savings to support the cause. Remnants of the group are still there today, resolutely ignoring the constant stream of failed prophecies — just like the immortality-seekers and flying saucer-watchers before them.

“If you’ve been marching around Dallas for months shouting to people that JFK is returning and it doesn’t happen, that’s kind of the least of your problems,” he says. “You’re going to wait around until it happens because what else are you going to do?”