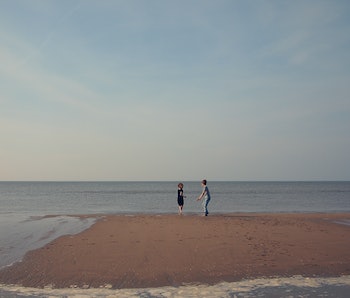 The CDC reports today that the rates of child autism are rising, but that doesn’t mean more American kids are developing autism. It means parents are being asked different questions about their kids.

Fears that more children are developing autism have been perpetuated by a staunch anti-vaccine movement. What the CDC’s report points out is that, when it comes to rising autism numbers, it’s crucial to consider the methods used to get that data.

In the new study, published in National Health Statistics Reports, the CDC asked 11,000 families whether a health professional had ever told them their child had either autism, Asperger’s syndrome, pervasive developmental disorder, or autism spectrum disorder. The results of this survey, conducted in 2014, showed that slightly more than 2 percent of parents said yes — which roughly translates to one in 45 children having autism spectrum disorder. At first, this number seems pretty high, considering older surveys had suggested the rate was closer to one in 80.

But that’s because older surveys asked different questions, according to the report: Previously, parents were asked whether a health professional had told them their child had any conditions from a much longer list of physical, mental, and developmental disorders, including autism spectrum disorder.

The CDC’s key point is that the way physicians define autism spectrum disorder is changing — and therefore so are the numbers of kids who fall under that description. According to Dr. Glen Elliott, the medical director of California’s Children’s Health Council, the total number of individuals that fall under the CDC’s mental health umbrella of intellectual disability, autism spectrum disorders, and developmental disability has not changed.

What’s different, thanks to the new definitions, are the distribution of those kids into different subgroups.

More like this
Mind and Body
7.31.2022 2:00 PM
Four science-backed methods to feel less tired during the day
By Sarah Sloat
Mind and Body
8.3.2022 11:30 AM
The brain’s memory hub may explain why some people get PTSD and others don’t — study
By Miriam Fauzia
Science
8.5.2022 6:00 PM
How is nature connected to well-being? It's complicated, scientists say
By Tara Yarlagadda
Related Tags
Share: