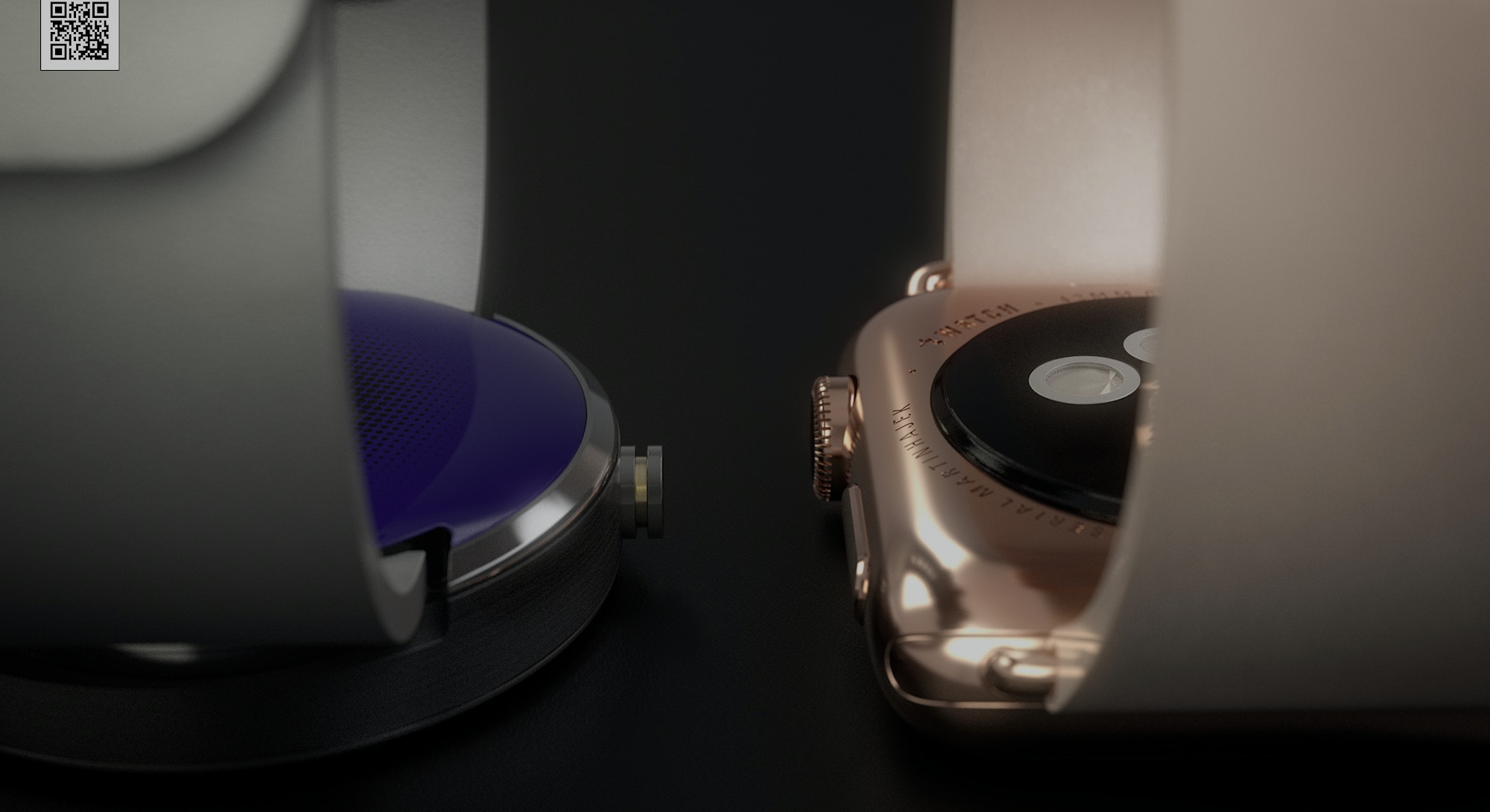 Once, not so long ago, men’s wristwatches were taken about as seriously as Google Glass (or “Project Aura”) is taken today, which is to say that they were roundly mocked. Before the twentieth century, wristwear was reserved for the ladies and timepieces were considered more ornamental than practical. Then World War I officers adopted wristwatches as a practical measure and, a generation after Cartier debuted its “Tank,” men’s wristwatches were headed toward North America.

“Until recently the bracelet watch has been looked upon by Americans as more or less of a joke,” reads a 1916 New York Times article. “Vaudeville artists and moving-picture actors have utilized it as a funmaker, as a ‘silly ass’ fad.”

This sentiment is echoed in what is considered the first serious study of fads, which began in 1915 and ran through 1924. During that period, sociologist Emory Bogardus asked a hundred people to list five fads. Wristwatches were one of the few items that was listed multiple times across years — people just couldn’t accept that these things were going to last. Pocket watches chained to pants were a fundamental element of male clothing, how could they ditch pocket watches? But obviously they did. Wristwatches are now ubiquitous; they’re a “manly must-have.”

With the speed and connection that comes with the internet, knowing the difference between a fad and trend, essentially a fad with staying power, is trickier than ever before. And there is a lot more detritus to sort through.

“Fads are absolutely born faster, than say twenty years ago, because of the internet,” Eric Abrahamson, a professor at the Columbia Business School, told Inverse. “Information flows extremely quickly online, and that speed makes it so that something can become fashionable or fall out of fashion a lot faster.”

A lot of this can be credited to boredom, Abrahamson says. Being online nourishes our appetite for excitement and creates an opportunity to find something new. The new turns to the old quickly and the cycle continues. Abrahamson’s research concerns the lifespan of fashions, which are sort of intentional fads.

“The difference between fads and fashions are that fashions are created within a fashion setting industry, while fads are not produced,” says Abrahamson. “They usually erupt spontaneously and are, opposed to fashion, a collective emotional reaction. They share the same elements of irrationality that you see in riots, stampedes; bubbles. People go nuts during a fad like they would in a panic.”

Marketers and fashion forecasters are paid handsomely to predict and help firms capitalize off of fads, but you won’t find these people operating in the context of upmarket brands. That’s because those brands don’t have to be opportunistic. They can embody and own trends, which are easier to predict.

“Trends are moved by a sort of current,” says Abrahamson. “Take for example cars — they became rounder and rounder until they became the Volkswagen Beetle. Now that they’ve gone as round as they’ve gone, they’ll go in another direction.”

Abrahamson is careful to note the use of the word “fashion” here isn’t just representative of clothing. Fashion is a key element in artifacts ranging from diets to robots, from education to medical techniques. Fashions are cultural ripples compounding into waves.

Abrahamson points to hair as a prime example of how trends work. In the seventeenth century guys were becoming hairier and hairier until, in roughly 1864, styles began to change. Facial hair has returned, with some guys even getting beard implants. Having facial hair isn’t a fad; it’s a trend, and men will slide back and forth on the hair-scale forever.

“In trend forecasting we differentiate between knowledge of a trend and adoption of a trend,” says sociologist Henrik Vejlgaard, author of Anatomy of a Trend. “There is no doubt that more people get knowledge of a trend faster than before but the process of adopting a trend is much more complex. The trend process is different in different categories, and in some categories the lifespan of a trend has shortened in the past twenty years or so. This is especially the case in what we call style categories, in particular, fashion and cosmetics.”

In Old English, trend means ‘to turn’, which likely is why the word became popular with statisticians and economists — the turn is seen in the direction of a curve when you plot out the popularity of an item. For much of the twentieth century the word ‘trend’ was primarily in the limited circles of mathematical topics; it wasn’t until the last third of the twentieth century that it became a word in the fashion industry.

It’s important to note that the use of “trending” in social media is misleading — it’s far more likely that whatever is trending is fad, not a trend. Graphed out, trends follow an S curve; they spread slowly at first before their popularity rapidly increases, only to eventually level off. Trend forecasters work off the assumption that the future will unfold at similar rate of change, direction, and magnitude of past trends.

Fads, however, are graphed with a rapid rise and then a quick drop. But they rise much like trends and experience a tipping point as knowledge of their existence spreads throughout a population.

A new element to this world of ‘trends’ and ‘fads’, specific to now, is the concept of virality. Being a fad and being viral are pretty much one and the same, except viral artifacts live online. But trend forecasters of the eighties and nineties never had to consider the significance of “doge.” That’s why we have so many #brands that are cringingly desperate to jump on whatever seems like the hip thing to reference or say.

Viral fads mimic the traditional build up of trends only in the way they take off. Virality is a sort of cultural pyramid scheme driven largely by social media. Abrahamson says our ability to predict what will take off and won’t is unimpressive.

“The web is revolutionizing everything, speeding it up, and making it easier to get bored with and replace it with something else,” says Abrahamson. “I love it, I think it is fantastic. What a fantastic time to be alive.”

Case in point: When I tell Abrahamson about “Pizza Rat” and how you can now buy a sexy-pizza rat costume for Halloween, he is able to pull up the video, the first link out of over twelve million results. How pizza rat-hood became a trend is a mystery, but he says he’ll post it to Facebook anyway.