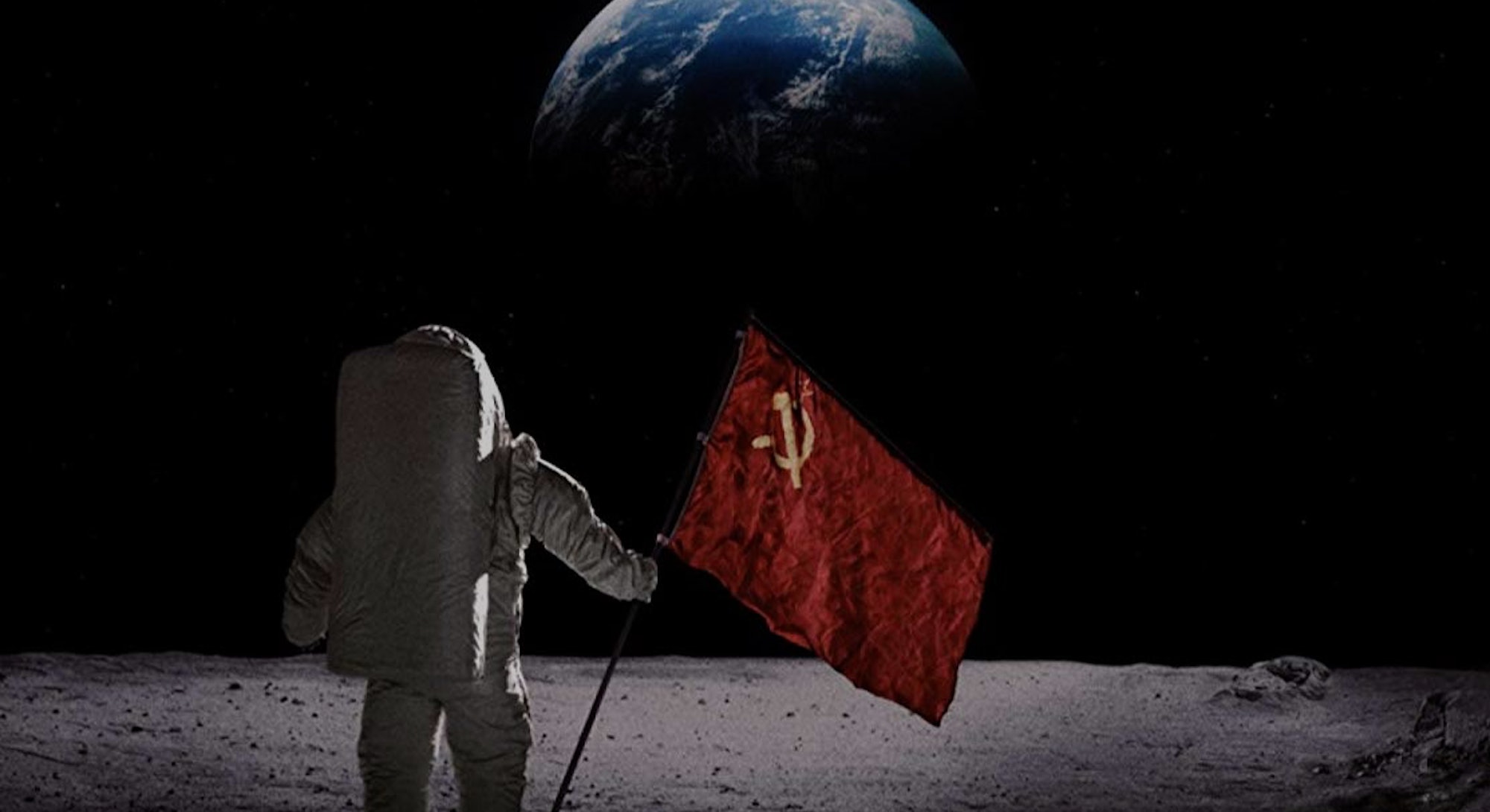 For All Mankind begins with a blow to the American ego. Plastered on every television across the nation is a live broadcast of Soviet cosmonauts landing on the moon. In a sly twist hinting at how this show will alter the actual timeline, the show’s moon landing happened on June 26, 1969 — the U.S. actually landed on the moon a month later on July 20.

The premise of For All Mankind is inviting from the outside: What if the Soviet Union, not the U.S., were the first to the moon in 1969? But this alternative history thought experiment promised in the Apple TV+ show from Battlestar Galactica creator Ronald D. Moore doesn’t pan out in the ways you’d expect, ultimately hobbling a flashy, well-produced, decently acted new series.

"If history tells us anything, it’s never good when a male ego is bruised.

One of the key players in For All Mankind is Edward Baldwin (played by the very wooden Joel Kinnaman), a Navy pilot turned astronaut haunted by his own teams failure to land on the moon before Russia. NASA is thrown for a loop and left reeling as they scramble to not just outdo the Soviets but exceed expectations. Male egos at NASA are aligned with the ego of the nation here, and if history tells us anything, it’s never good when a male ego is bruised.

From here, Moore and his creative team work to rewrite the space race timeline. Perhaps because the show is such a slog at the start, the story developments thrown at viewers feel rushed and unearned. Women are recruited to NASA much earlier than in our own timeline, the possibility of water on the moon is discussed by the top brass, plans for building a laboratory and home base on the moon are floated, and even talk of going to infinity and beyond (these words aren’t actually uttered but damn if it doesn’t get extremely close) are piled on viewers in the first handful of episodes.

While For All Mankind dedicates a majority of its screen time to exploring the efforts at NASA to secure at least one big win for America in the alternative imagining of the space race, it also becomes a workplace drama. One of the more interesting intersections here is the women at who have entered the workforce. We’ve seen other shows tackle latent workplace sexism many a time on shows set in this era (you’d be hard-pressed to not make thematic and stylistic parallels to Mad Men) but it feels like For All Mankind puts these beats into the story for perfunctory reasons rather than actually including them to make a point or deepen the story.

On this note, caps should be tipped for the female cast. Female astronaut recruits Tracy (Sarah Jones), Molly (Sonya Walger), and Danielle (Krys Marshall), along with control room analyst Margo (Wrenn Schmidt) turn in commendable performances as they navigate the minefield of a male-dominated workforce in the late ‘60s and early ‘70s. They’re not only among the strongest of the cast (co-stars Chris Bauer as NASA boss Deke Slayton and Michael Dorman as Gordo Stevens, a slick astronaut and husband to Tracy, are also winning) but they also add some genuine heart and life to the show.

For All Mankind clearly made good use of its big budget. From serving up stylish, era-appropriate costumes to showing off the high-end sports cars driven by astronauts to featuring some training equipment that feels ahead of its time (keep an eye out for a jet-propelled outdoor simulator), it’s cold comfort to know you’ll have something interesting to look at should the oddly-paced plot trip you up. Among the best moments where that budget really comes in handy are the scenes set in space, with the shuttles, capsules, and the moon’s surface made more appealing through their realism.

You can feel For All Mankind struggling to get on its feet throughout the first half of the season, a critical point when the show should have found its footing. It’s certainly not a requirement for a show to be as heady as it is entertaining, but For All Mankind can’t seem to decide what kind of show it wants to be. Nor does it know what it wants to say about the U.S., the space race, or the uniquely American drive to push for innovation.

From the plot to the performances, the series repeatedly feel so half-baked that it’s tough to grab onto anything. Who should you care about in this show? Where are the stakes? Why should you be invested or intrigued by this alternative history when it so slightly diverges from our own world that it rarely feels engaging?

If you’re looking for a show the deftly weaves in alternative history and actually contemplates how these divergences from our own timeline would affect the present day, maybe tune in to HBO’s Watchmen. If you’re interested in the early days of NASA and the height of the space race, you’re better off with Hidden Figures or First Man. Hopefully For All Mankind can chart a more interesting course in the coming episodes because here, in this first half made available for review, the new Apple TV+ series is seriously struggling to lift off.

For All Mankind debuts with its first three episodes on Apple TV+ on Friday, November 1. Episodes will be released weekly.