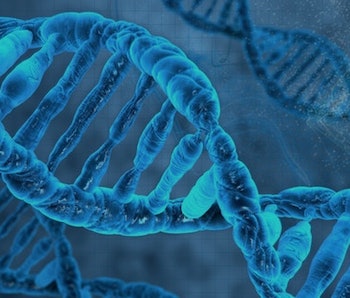 Hello, Inverse Daily fam. I’m still here laughing hysterically at this study (and videos) showing that seagulls won’t eat your chips if you stare at them, but maybe it’s best if I join you in checking out today’s news.

SpaceX’s great ambition is to build a rocket that can be reused in its entirety, over and over again. It’s come pretty close with the Falcon 9 rocket, which costs about $62 million to launch each time, Mike Brown reports. Upon the rocket’s various landings over the years, SpaceX has always managed to recover its $45.5 million booster, but one part keeps dropping into the sea: the $6 million fairing, used to protect the rocket’s payload.

It’s a relatively small part of the rocket, physically and financially, but it’s still worth recycling. Fortunately, on Tuesday during the AMOS-17 mission launch, SpaceX finally caught the dang thing. To do so, it used a giant net, held up by four metal arms outstretched from the ship Ms. Tree. Along with a video of the fairing gently parachuting toward its target in the dark, Elon Musk whimsically tweeted: “Strangers in the night.”

Check out the video of Ms. Tree playing catch here.

As a self-proclaimed “morning person,” I consider it a success when I wake up, raring to go, at 7 a.m. But I’ve got nothing on the “advanced sleepers” that Emma Betuel told me about. These people naturally rise between 4 and 5 a.m., don’t really sleep in on weekends, yet manage to function perfectly well in a 9-to-5 day. New research is showing that these seeming superhumans all share an “advanced sleep phase” gene that makes them extreme morning larks.

By the study’s estimate, about one in 475 people has familial advanced sleep phase, which means that the gene runs in their family. The most interesting part is that this genetic heritage can be a gift or a curse. There are people who use those extra morning hours to get a headstart on their workday, like the “successful businessman” one researcher referred to, but there are others who find the moments before dawn to be “cold, dark, and lonely.”

Find out how this gene manifests in families of early risers.

There are lots of explanations for the origin of life, but these days one of the most widely accepted is the “RNA world” hypothesis. It suggests that the first important molecule that bubbled out of the primordial soup was RNA, the self-replicating pioneer that eventually turned into DNA, proteins, and all the other fundamental “building blocks” of life.

But recipes for the primordial soup differ, since it’s not exactly easy to know what was going on in Earth’s kitchen 4 billion or so years ago. The famous Urey-Miller experiment in 1953 showed that three chemicals, water, and jolts of lightning could create some important building blocks, but not everyone agrees that electricity could have played a big role: The early Earth was violent, and the atmosphere was hazy. A new paper whittles down the recipe to three ingredients: water, heat, and the notorious poison hydrogen cyanide.

Find out what those three ingredients will get you.

Beat the “Sunday Scaries” with soothing science and relatable advice to get your mind & body ready for the week ahead.

Recommendations from health and climate experts to reduce red meat consumption and move toward a plant-based diet can be hard to stomach, especially for hungry omnivores among us. Complicating the matter are concerns about seafood, which is part of a healthy diet (it supplies protein and omega-3 fatty acids) but can also be tricky to consume safely. In recent years, scientists have raised concerns about the amount of methylmercury we consume when we eat big fish like tuna and salmon.

As Peter Hess tells me, the urgency of those concerns is increasing. The warming of the oceans due to climate change, together with overfishing of certain species, is causing the levels of methylmercury to rise in some fish, they warn. The weird thing is that this is happening despite the fact that seawater concentrations of the toxin have dropped since 1990. To understand how today’s cod and tuna still seem to carry more of the neurotoxic chemical, the scientists take us back in time to investigate what those fish were eating in the first place.

Learn more about how to continue enjoying seafood safely.

Last week, we talked about the new, Neptune-like exoplanets discovered by TESS, just 73 light-years away. But for every seemingly hospitable planet we discover, there’s bound to be another that’s extremely forbidding. Today, that’s the ominously named WASP-121b, a mere 900 light-years away, which is so dang hot that the metals on its surface are constantly vaporizing. Have you ever seen a droplet of water sizzle into nihility on a hot griddle? Kinda like that.

WASP-121b has a similarly heated relationship with its host star, which has such a strong gravitational pull on the planet that it has been deformed into a rugby ball shape known as a Roche lobe. Oddly, the planet also emits water: As Scott Snowden reports, H2O comes from deep within its atmosphere, below the escaping iron and magnesium, but all of it ultimately gets stripped as the molecules vaporize and escape the planet’s gravitational pull.

See more from this fiery hellscape.

Today, that’s the government of Fiji, which is rolling out one of the world’s most ambitious plans to fight climate change.

Thoughts on eating seafood in the mercury age? Let me know at yasmin@inverse.com.

Went from makin’ tuna sandwiches to makin’ the news,