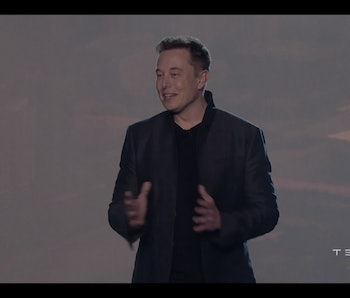 Elon Musk has waded into a debate over California tax law, and it could lead to Tesla taking an unconventional approach to cars once again. The dispute focuses on the fact that Tesla is charging sales tax for software that enables semi-autonomous driving features.

“Apple and Google don’t charge us sales tax when we buy apps for our phones,” Ryan wrote. “Tesla shouldn’t treat us differently when we buy software for our cars!”

“Tax authorities tend to interpret things in their favor, but it sure sounds like you could be right!” Musk responded. “Will investigate.”

Ryan linked to regulation 1502 from California’s Sales and Use Tax Regulations, which states that:

Fans have argued about Tesla charging sales tax in numerous forum posts, confused over why the company charges for an over-the-air update. One Reddit user called “Hammie5150” responded to this outcry with “It’s taxifornia! What did you expect?”

Nick Rishwain, an expert in legal tech, suggested Ryan may have missed a key detail:

Tesla did not respond to Inverse’s request for comment.

Although the unlock is currently software-only, Tesla is expected to start shipping its own A.I. chip as part of the “Hardware 3” upgrade to enable point-to-point autonomous driving. Full self-driving consumers are expected to receive the chip for free, as a replacement for the Nvidia Drive PX 2.

Tesla has faced controversy in the past over the way it conducts business. Its direct sales model, which eschews the dealership so Tesla employees can explain its unique electric vehicles to consumers, has faced opposition from states like Indiana and Michigan. General Motors argued that the dealership model is favorable because owners will “never have to worry about driving to another state to buy, service or support their vehicles.”

The company may face legal opposition to some of its business decisions, but it’s attracted a dedicated fanbase that helped it reach record sales in the second half of 2018 with the Tesla Model 3. Tesla’s direct sales model is well-liked by its fans, so much so that last month’s decision to close most of its stores was met with outcry.

Tesla may join Microsoft and Nortel in the list of firms clarifying California’s tax law situation.