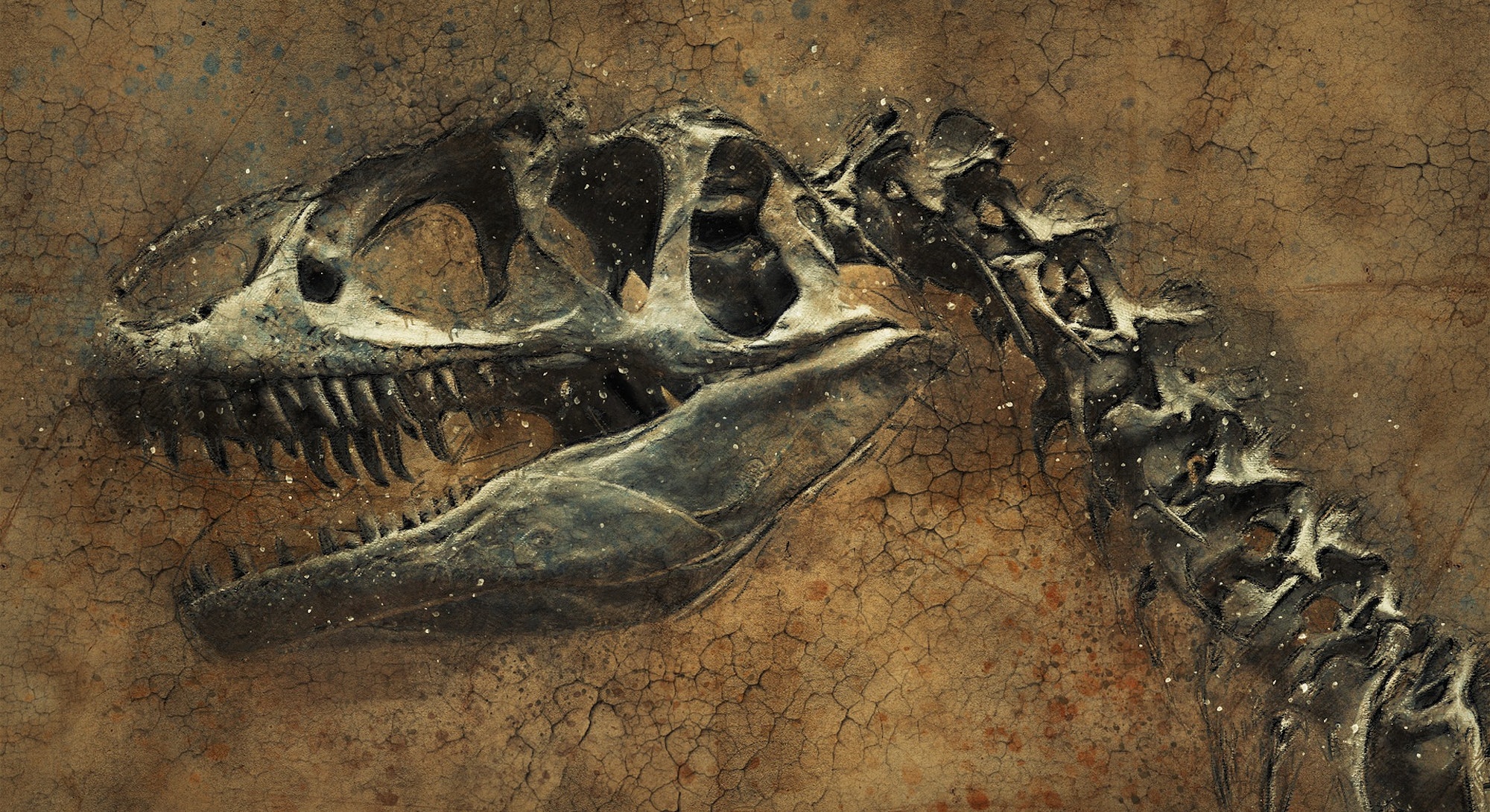 In Jurassic Park, Jeff Goldblum’s Dr. Ian Malcolm utters a line that famously goes like this:

But new research shows that Malcolm’s declaration is more applicable to unicellular organisms, like algae and plankton, than velociraptors.

Sixty-five million years ago, dinosaurs, along with 75 percent of the life on Earth, were wiped off the planet by an asteroid at least six miles wide. The conventional thinking about the asteroid landing site — it became a toxic wasteland polluted by unearthed metals; a complete dead zone — has been upended though, thanks to surprising research published this week.

In the journal Nature, scientists conveyed their surprise that those drilled-out earth cores “undermine a theory that recovery at sites closest to the crater is the slowest due to environmental contaminants — such as toxic metals — released by the impact.”

First, let’s go back to 66 million years ago: The asteroid strike, also known as the Cretaceous-Paleogene (K-PG) extinction event, ended the reign of the dinosaurs, and killed most animals over 55 pounds —although crocodiles and leather-backed sea turtles famously have survived. While the asteroid was estimated to be between six and nine miles in diameter, it created a 93-mile wide crater that was eventually named after the 5,000-person town of Chicxulub, Mexico, a burg that exists near the center of the crater partly on the Yucatan Peninsula, partly in the sea.

Scientists learned that life where the mega-asteroid landed came back only two to three years after it hit, which was a shock. And about 30,000 years later, a thriving ecosystem had returned to the area around the crater. Meanwhile, things were quieter to the north in the Gulf of Mexico, and further out in the North Atlantic ocean. It took ten times as long for a thriving ecosystem to return there, an estimated 300,000 years.

“I think the most exciting result here is that we see the development of a healthy, high productivity ecosystem in the crater within just 30,000 years,” lead author Christopher Lowery, Ph.D. tells Inverse.

“Previously existing data had suggested that the ecosystems took longer to recover closer to the site of the crater, with sites in the Gulf of Mexico and North Atlantic taking up to 300,000 years to return to Cretaceous levels of productivity.”

Lowery, a postdoctoral research and paleoceanographer at the University of Texas at Austin, says that “productivity” is the amount of energy that’s produced by an ecosystem; each member of the food chain provides and consumes energy with each other. It’s previously been theorized that the slowest recovery from the impact would be at the crater itself because of some sort of environmental control inhibited the flourishing of life, like toxic metals released by the blast.

In 2016, an international drilling mission conducted by the International Ocean Discovery Program and the Intercontinental Drilling Program pulled up a 427-foot-thick core sample using a mining drill that was welded onto the side of the Liftboat Myrtle, which wasn’t a scientific vessel and instead used for offshore oil drilling.

Within the sample, Lowery and his team discovered “survivor species” in the form of microfossils representing unicellular organisms like algae and plankton. They also found the burrowing routes that once belonged to larger organisms, like small shrimps and worms. When the asteroid hit, it’s safe to say that every organism at the site was killed and when water rushed back into it, the crater was completely sterile — but not for long.

“The life we observed must have migrated in from the nearby Gulf of Mexico,” Lowery says.

Plankton was one of the first new species to appear in the aftermath of the end Cretaceous mass extinction. This specimen was found in the core drilled for the study.

And life that lives closer to the sea floor appears to have been in the safest position to survive.

“Benthic organisms [things that lived on the seafloor] did not suffer a significant mass extinction at the K-PG boundary,” Lowery says. “The modern ocean turns over on a timescale of around 1,000 years, so it takes about that long for changes in the surface ocean to be felt in the deepest depths of the seafloor.

“The end of the Cretaceous ocean probably had a similar overturning time, and so the environmental effects of the Chicxulub Impact must have been so brief that they only affected the surface ocean, and the deep sea didn’t feel it.