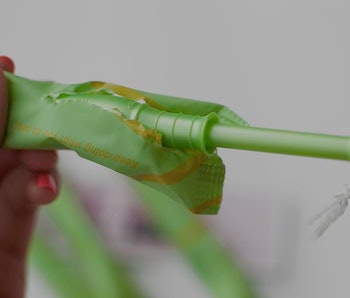 The Scottish government is green-lighting a project that will provide tampons and other sanitary products to low-income households across the country — for free.

It’s a revolutionary initiative that extends and expands upon a pilot project in Aberdeen run by the UK charity FareShare. According to the Scottish government, the pilot project showed that two-thirds of those who participated reported having trouble accessing sanitary products before the program.

“The pilot in Aberdeen helped us to understand the barriers that some people face when it comes to accessing sanitary products,” Equalities Secretary Angela Constance said in a statement. “In total 1,082 people women and girls took part and helped us identify ways that we could make free products easily accessible to those who need them.”

The government will be allotting £500,000 ($664,362 US) to the project, and charity centers in Aberdeen, Dundee, Glasgow, and Edinburgh will begin distributing free tampons and pads over the summer.

A press release from the Scottish government says that the project will aim to reach around 18,800 more people.

Menstrual health is a global challenge, as periods are still highly stigmatized the world over. In Kenya, 65 percent of people with periods are unable to afford sanitary pads, while one in 10 young people in Sub-Saharan Africa miss school during their menstrual cycle. A study found that in Bangladesh, a large number of people with periods do not have adequate sanitary products, with 60 percent of factory workers using rags from the factory floor for menstrual cloths.

In the U.S., where 40 million people live in poverty according to 2016 census numbers, tampons are still taxed as a non-medical or health items in most states.

More like this
Mind and Body
23 hours ago
Why a debunked TikTok about toxic tampons exposes a more dangerous truth
By Colleen Wood and Undark
Culture
November 26, 2022
How Darren Aronofsky's oddest sci-fi movie inspired a real quest for longevity
By Peter Ward
Science
1 hour ago
An overlooked public health issue could contribute to stillbirths, research says
By Tara Yarlagadda
Related Tags
Share: