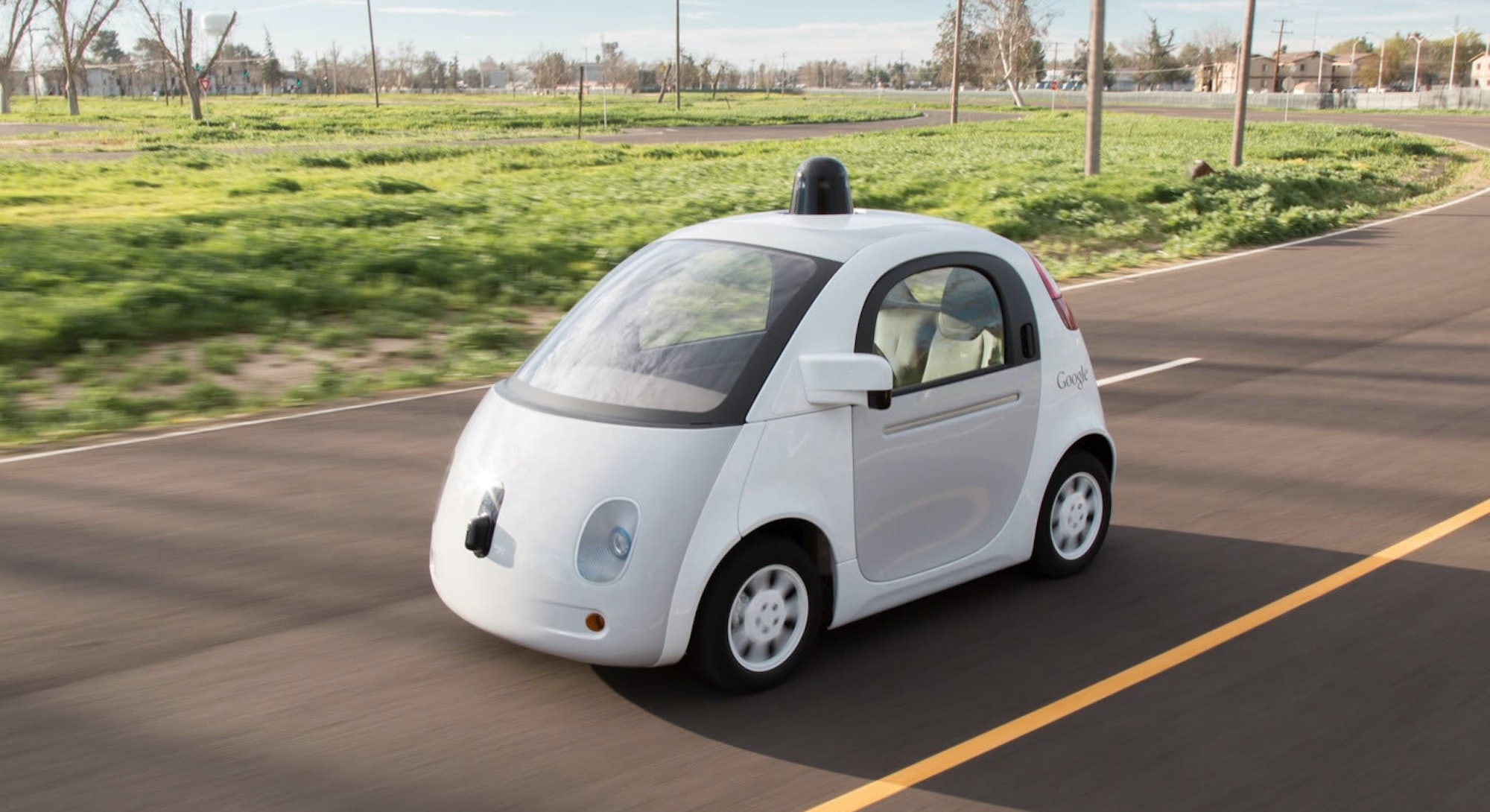 Picture the scene: Your favorite band is playing in another town that’s only two hours away, but you’ve still got some work to get done and no one is willing to split the driving. Fortunately, this isn’t 1998, so you get in your autonomous vehicle, tap in the destination, and swivel around to your desk and bang out the rest of those emails. Autonomous driving promises more than just saved time, it’s enough to make society reassess its concepts of time and space — after all, what’s a two-hour drive if you can work on the way? — and it could arrive in just three years’ time.

That’s the dream, at least. The reality is more complicated.

Self-driving car crashes dominate headlines, often outweighing coverage of key benefits. In March, an autonomous car killed a person on a public road for the first time after an Uber test car failed to stop and killed a pedestrian in Tempe, Arizona. More recently, news coverage of a crash in Utah involving the semi-autonomous Tesla Autopilot mode prompted a response from CEO Elon Musk, who stated that it’s “super messed up that a Tesla crash resulting in a broken ankle is front page news and the ~40,000 people who died in US auto accidents alone in past year get almost no coverage.” Despite the potential benefits of autonomous cars, the American Automobile Association revealed this month that 73 percent surveyed would be too afraid to ride in one of the high-tech vehicles.

The question is whether you can trust an autonomous car, and the answer is not straightforward. From a legal standpoint, it’s unclear who is responsible if one of these cars crashes, with U.S. states implementing differing rules about who is the operator of a car. Sophia Duffy and Jamie Patrick Hopkins argued in a 2013 review that autonomous car owners should be treated in the eyes of the law just like dog owners, in that they can both act independently but are considered property. The question also lingers about how much influence an automaker will have over crash reactions. Mercedes-Benz said in October 2016 that the preference would be to save the driver rather than the pedestrian, as the car has full control over the driver’s life.

It’s a web of ethical and moral questions which may well remain top of mind even after the technology question has been settled. Strategy and Business noted in 2016 that “in the auto industry, there is a major disconnect between expectations and reality,” and autonomous cars could take a lot longer to iron out the kinks than we previously thought. But that definitely doesn’t mean it won’t be worth it.

A self-driving car is, as the name suggests, a type of vehicle that requires no human interaction during the journey to reach its destination. Experiments in the sixties were very basic, sometimes depending on road additions. The United Kingdom’s Transport and Road Research Laboratory, funded by the government, developed a Citroen DS19 in 1960 capable of reaching speeds of up to 80 miles per hour by sensing for electronic signals transmitted by wires in the road. Ohio State University developed a similar system around the same time.

Modern autonomous cars are radically different. Implementations vary, but almost all of them use a combination of cameras, radar, ultrasonic sensors, GPS, and “lidar” (which measures distance using pulses of laser). The network of devices feed information to an onboard computer that uses cutting-edge machine learning and artificial intelligence to judge how the car should move.

Tesla Autopilot, or Your Very Own Pilot?

The Society of Automotive Engineers outlines six levels of autonomy, the lowest (level 0) being a regular car. While levels 1 and 2 cover existing technologies like cruise control and Tesla Autopilot respectively, level 3 is a “conditionally autonomous” mode that drives most of the time but requires a human to stay alert just in case. It’s when we get to level 4 and 5 that the driver isn’t expected to take over anymore. Although level 4 cars may not work under certain conditions like outside of cities or in severe weather, it’s these two levels that call to mind the sci-fi visions of yesteryear.

Automakers like Toyota and Volkswagen see 2021 as a likely target for getting level 4 driverless cars on the road. These are five of the biggest reasons why you should be excited.

Taking the human out of the equation could save lives. We’ve known this since the 1960s: The Transport and Road Research Laboratory estimated autonomy could prevent around 40 percent of accidents. A more recent report from American personal injury law firm Cooney and Conway, in July 2017, found driverless cars could stop around 90 percent of accidents, save around 300,000 lives per decade, and cut $871 billion in costs from road traffic accidents.

Automated driving has already helped to save lives, even in level 0 cars. Anti-lock braking systems stop a wheel from skidding while braking, using a set of sensors to check for unusual deceleration rates. If a wheel is about to lock and start spinning, it decelerates rapidly, so the system intervenes and reduces brake pressure until it returns to a normal rate.

Level 2 autonomous systems have also shown their worth. Analysis by the National Highway Traffic Safety Administration shows Tesla Autopilot-equipped vehicles, which follow the roads but cannot navigate, deployed their airbags once every 1.3 million miles, while non-Autopilot cars did so every 800,000 miles. This, in part, is thanks to Autopilot’s use of radar to see things even humans can’t see.

These safety benefits have led legislators to rethink existing laws. Australia’s National Transport Commission stated in October 2017 that laws against driving under the influence should be reconsidered in the autonomous age. After all, if a tired person gets into an autonomous pod without a steering wheel and falls asleep, are they really putting anybody in danger?

Meals on wheels? Try everything on wheels. Autonomous cars can come in all manner of sizes, thanks to electric technology that cuts down on bulky motors. These businesses could drive around all day, picking up and dropping off customers or making deliveries in an instant.

Starship Technologies in London showed in 2016 how autonomous technology could transform businesses. Its pizza-delivery robot can deliver food from restaurant to doorstep, trundling along sidewalks using cameras and sensors to find its way.

That’s just the beginning. Jeffrey Tumlin, director of strategy at Nelson/Nygaard, said in November 2016 that he foresees a future where all manner of businesses take to the roads. Amazon could send bookmobiles roaming the streets, waiting for a customer to hail and browse the selection. Companies could offer mobile office space, like this 2014 concept from Ideo:

Italdesign Giugiaro and Audi even presented a concept at the 2015 Geneva International Motor Show of an autonomous gym. Artist Dominic Wilcox even conceived of a bed on wheels, which users could rent instead of taking a hotel space.

Driving is big money. A truck load traveling from New York to Los Angeles costs around $4,500, and 75 percent of that cost is labor alone. That means a radically reshaped economy, especially for truck drivers that find themselves without work. Presidential candidate and basic income advocate Andrew Yang told Inverse in April that with the right policies in place to support such a shift, “we could be celebrating” the release of truck drivers from difficult labor.

Research shows the cost of ride-sharing could drop so much that it becomes more cost-effective to join a sharing service than own a car outright. Think tank RethinkX found in May 2017 that, by the year 2031, using an autonomous ride-sharing service will cost around $3,400 per year compared to car ownership that will cost around $9,000 per year. These cost differences will grow even more for people willing to share the vehicle as they do in Uber Pools, with prices dropping as low as $1,700 per year.

“Autonomous vehicles definitely will cause people not to buy cars,” Amos Haggiag, the CEO of the transportation startup Optibus, said in February 2018.

While some see driving as a liberating activity, it’s not the same for everyone. Existing laws require drivers to pass a test, which means being a certain age, demonstrating a demanding set of skills, and understanding local laws when it comes to international driving. The California Department of Motor Vehicles already announced in 2016 that driverless cars won’t require a license if the federal government declares them safe enough.

People with disabilities would greatly benefit from the technology. The British Society of Motor Manufacturers and Traders found in March 2017 that 71 percent of respondents with disabilities currently have restricted access to transportation, with the frequency of public transport acting as the main limitation. These respondents named the ability to travel at any time as one of the biggest reasons why they were excited about the technology.

That’s not all. The same survey found 1 million extra people in the country could pursue a college degree thanks to autonomous cars driving them to school, which over a 10-year period could result in salary boosts of $10,691 per year.

5. Self-Driving Technology Could Merge Into Other Vehicles

Autonomous technology has already found its way into other modes of transport, but it could grow a lot faster once the technology becomes more widely adopted. The London Underground became the first metro system with an automatic underground line in 1968, and its current chief technology officer is preparing for a future with multiple forms of autonomous transit.

In March, Audi revealed a new version of its Pop.Up Next modular flying car system, designed in collaboration with Airbus and Italdesign. The two-seater pod completes a journey fully autonomously by driving along inside a four-wheeled ground-based add-on, before switching to a propellor attachment to fly through the air at speeds of up to 75 miles per hour. It could even attach to the hyperloop, the vacuum-sealed train system with theoretical top speeds of 700 miles per hour. Riders could complete whole journey across land and sea in a fully autonomous way, with users inputting their destination into the 49-inch touchscreen and relaxing.

Taking your hands off the wheel is a cool party trick for now, but it’s just the beginning.