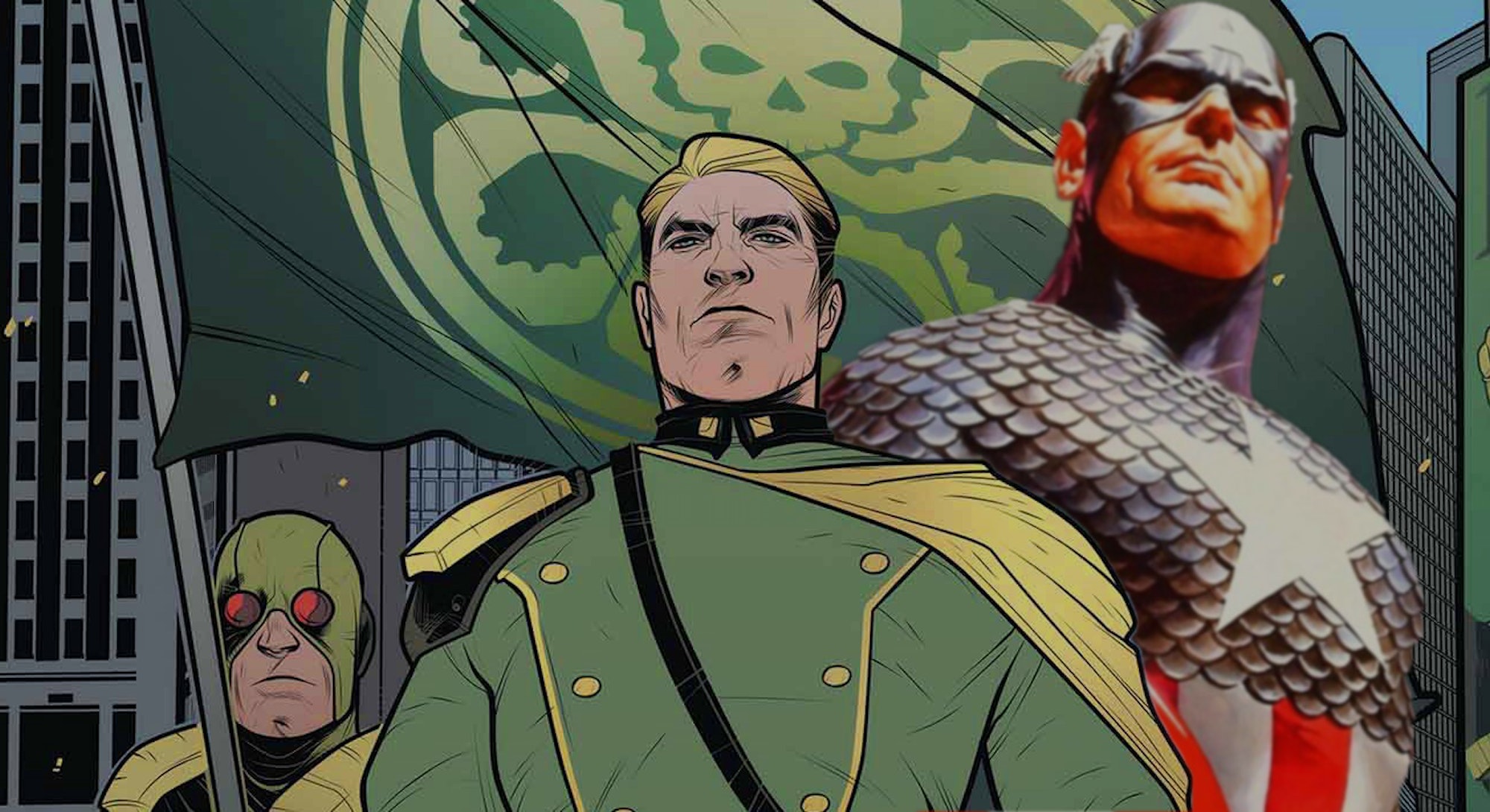 This week, news broke that will change the Marvel Comics Universe more than Infinity Stones ever could. Celebrated African-American author and journalist Ta-Nehisi Coates announced that he would be writing Marvel’s flagship Captain America comic in addition to his continued work on Black Panther. It’s exactly what Marvel needs.

Not only does the news push aside regrettable memories from that time Marvel made Captain America a Nazi, but because Coates actually has what it takes to grapple with hard questions in a way that the infamous Secret Empire couldn’t.

“Captain America is not so much tied to America as it is, but to an America of the imagined past,” Coates writes in The Atlantic. “I confess to having a conflicted history with this kind of proclamation — which is precisely why I am so excited to take on Captain America.”

It’s that attitude that bodes well for the Coates era of Captain America.

The 42-year-old writer and lifelong comics enthusiast is best-known for his book Between the World and Me and articles like “Fear of a Black President”” and “The Case for Reparations,” is not afraid to tackle difficult, uncomfortable ideas.

Throughout his writing, Coates offers honest, refreshing criticism of the pillars of American culture that are often taken for granted by White America; one wonders how he’ll deconstruct Captain America’s innate patriotism.

The last shakeup Marvel made with Captain America was to turn him into a Nazi and feebly prod at the questions of authoritarianism and fascism, without engaging with the troubling and relevant implications— real and fictional — in any meaningful way.

Technically, the summer event series Secret Empire, which capped off a long storyline about a secretly evil Captain America, didn’t quite turn Cap into a Nazi. Instead, thanks to a “Cosmic Cube” capable of altering the universe, bad guys changed history and made it so that Cap had always been a loyal member of Hydra, the Nazi-aligned fascist group from the comics. By the end of the story, the “real” Captain America was back, but scars remained.

Captain America was created by two Jews and he punched Hitler’s dumb face in his first appearance. Secret Empire also happened to come out as actual, real-life neo-Nazis and white supremacists began to flood the streets. Meanwhile, the series’s author, Nick Spencer, was outspoken on Twitter, defending the story and decrying people who punch Nazis in the face.

In addition to being a bad comic series from a storytelling perspective, full of cheap kills and empty self-seriousness, many fans were understandably upset that Captain America was a de facto Nazi.

Maybe this all would’ve been worth it if there was some larger lesson about fascism in Secret Empire, the way Marvel initially promised there would be. Instead, the complexities of the issue went unexamined, and the whole exercise of turning Captain America into basically a Nazi did little more than create another stock supervillain with lots of harmful, real-world baggage.

Coates, meanwhile wrote the landmark essay “Donald Trump Is the First White President” for The Atlantic, methodically, expertly, and critically addressing white resentment and supremacy in America and its president. Granted, a Marvel comic certainly won’t be as explicitly political as Coates political journalism (Trump hasn’t even made a formal appearance in Marvel comics yet), but the author’s Black Panther series does incorporate some weighty themes. In it’s run, Black Panther has critically examined the place of a monarchy in a modern nation, and Wakana’s place in Africa and the world.

Coates already has reservations about Captain America’s meaning and role as the character currently exists. “Captain America, the embodiment of a kind of Lincolnesque optimism, poses a direct question for me,” Coates wrote in his announcement. “Why would anyone believe in The [American] Dream?”

That’s much more interesting than Secret Empire’s mealy take, which used magic to make Cap explicitly, comically evil, and only then began to feint at examining what he means to America.

The first issue of Coates’s Captain America hits shelves on July 4, so it will have been almost a year since Secret Empire ended. Coates brings more than just distance from Cap’s most ignoble arc. He’s a complex writer who can make amends for the past by actually treating Stever Rodgers, and America, with the complexity they deserve.