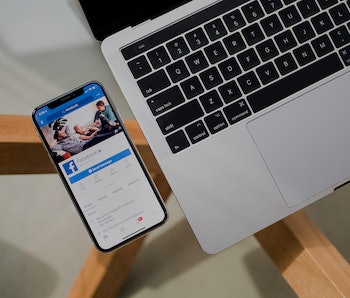 Facebook is losing young people at a serious rate, according to a report released Monday. The social network lost 9.9 percent of its users aged 12 to 17 in the United States last year — around 1.4 million users. It’s a drop that comes as a new report reveals how Facebook has struggled over the past two years with its new-found role as a media organization.

The data, from digital measuring firm eMarketer, found that Facebook had just 12.1 million users in the 12-to-17 category by the end of 2017, with the drop far greater than the 3.4 percent drop the firm predicted at the start of last year. At the time, the firm’s prediction of a decline was surprising; it was the first time it had predicted such a drop for any social media category. In total, the firm found that Facebook lost 2.8 million users in the country over the previous year.

It’s about to get worse, though. For its 2018 predictions, eMarketer sees further declines across the youth board. For users under 11 (who are breaking the site’s rules about members being 13 or over, by the way), the firm predicts a 9.3 percent drop in users. For the 12-to-17 category, a further 5.6 percent decline is predicted. In the 18-to-24 category, numbers are also expected to fall 5.8 percent.

The report was released the same day that Wired published an account of Facebook’s difficult shift into new media. The company originally started prioritizing news articles in users’ feeds as a way of combating Twitter’s 2012 rise as a journalism platform. User-generated content gave way to articles, which in turn led to accusations of “fake news” in the 2016 election and a decline in the amount of content young people like to see.

It’s not the only change that has taken place, though. Snapchat, which Facebook tried to buy for $3 billion in 2014, has cornered the market as an effective way to easily send disposable images to friends. Instagram and WhatsApp, both owned by Facebook, have now incorporated the popular Stories feature as a way of keeping these users on board.

There are signs that Facebook is considering ways to reverse the decline. Last month the social network released plans to make the news feed more personal, providing updates from friends. Facebook has also kept users on board through the Messenger app, with a Snapchat-style interface that makes it easy to take photos and send them to friends. Still, according to eMarket’s data, it won’t be enough to reverse the decline.

More like this
Culture
8.10.2022 11:30 AM
10 years ago, Jeremy Renner ruined the best spy-thriller franchise of the century
By Adrian Manuel
Culture
8.9.2022 10:00 AM
The Sandman: 11 characters pulled from DC comics history
By Robin Bea
Culture
8.7.2022 12:00 PM
Nichelle Nichols’ legacy was so much bigger than her Star Trek kiss
By Matthew Delmont and The Conversation
Related Tags
Share: