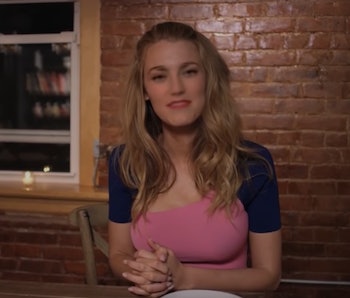 Deepfakes were predominately being hosted for sharedom by Gfycat, but by the end of January, Gfycat began removing the x-rated gifs because of their offensive nature. Some deepfakes have ended up on Youtube, but they’re of the more g-rated variety, like those that use the technology to superimpose Nicolas Cage’s face into a bunch of movies.

A statement obtained by Inverse from Corey Price, Pornhub’s vice president, said that the site takes a hard stance on content that is uploaded to the platform without the consent of individuals involved. “Regarding deepfakes — Users have started to flag content like this and we are taking it down as soon as we encounter the flags.” he said. “We encourage anyone who encounters this issue to visit our content removal page so they can officially make a request.”

They’ve also been spotted on Twitter, but the site is now making a concerted effort to ban deepfakes accounts, according to Motherboard, as posting “intimate media” without a subject’s consent violates Twitter’s terms of use.

The subreddit r/deepfakes inspired another one, r/facesets, where users share thousands of face images of celebrities for making deepfakes.

On Wednesday, Reddit updated its terms of use to more specifically ban “involuntary” pornography. Shortly thereafter, r/deepfakes was taken down.

“As of February 7, 2018, we have made two updates to our site-wide policy regarding involuntary pornography and sexual or suggestive content involving minors,” Reddit said in a statement. “These policies were previously combined in a single rule; they will now be broken out into two distinct ones. Communities focused on this content and users who post such content will be banned from the site.”

More like this
Science
7.30.2022 6:00 PM
Does dark matter exist? A provocative theory proposes a new rule of gravity
By Indranil Banik and The Conversation
Entertainment
8.2.2022 2:00 PM
Bullet Train proves Hollywood can still move backward
By Eric Francisco
Entertainment
11 hours ago
The DCEU almost made Crisis on Infinite Earths — could it still happen?
By Eric Francisco
Related Tags
Share: