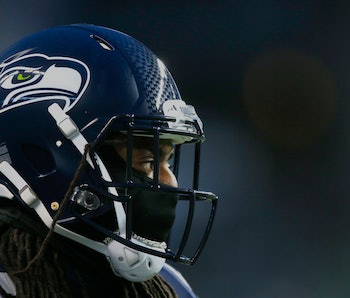 The Green Bay Packers and the Seattle Seahawks have been the class of the NFC for years now, both winning recent Super Bowls and making the playoffs season after season. But only one team can get things started right as they square off Sunday in the NFL’s opening week. A hive mind of more than 40 football fans favor the Packers to come out on top in Wisconsin.

The Seahawks and Packers both ended last season the same way, losing to the Atlanta Falcons in the playoffs. Considering how the Falcons’ season ended, that may not be the worst of all possible fates, but both are looking to recapture the championship glory of seasons past, and this titanic opening week struggle is an appropriately big way to kick off their seasons.

To predict the result of this and other games, Unanimous A.I. used what’s known as swarm intelligence to forecast the week’s slate. More than 40 NFL fans worked together as a hive mind to make picks. As you can see in the animation below, each participant controlled a little golden magnet and used it to drag the puck toward the answer they thought was the most likely outcome. As the users saw the puck move toward a particular outcome, it triggers a psychological response. They readjust their decision-making, building toward a consensus.

While the two teams look to be relatively evenly matched, the swarm prefers the home team here, picking the Packers to win. The hive mind isn’t ssuper certain about this one, with 80 percent of the swarm’s collective brainpower saying it had only low confidence Green Bay would win. That said, the swarm actually felt a touch more confident when it came to picking with the spread — the Packers are favored by three points, meaning they need to win by at least that much to cover — as 82 percent of the swarm said the Packers were the team to bet on here.

So there you have it: The hive mind likes the Packers. Considering we’re closing in on Green Bay losing to Seattle in maybe the most bonkers ending in NFL history, it feels only appropriate the tables would turn.