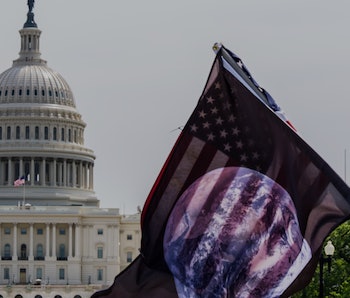 Despite all of the President Donald Trump’s administration’s hardline rhetoric about gutting the EPA and scrapping federal climate-change initiatives, there was good news for science-lovers in the 2017 federal budget, according to a preliminary look at the budget leaked Monday.

Although this budget was commandeered by the Obama administration before leaving office, its bills still needed approval from the Republican-controlled Congress. The results are not only shockingly bi-partisan, they are shockingly pro-science, with actual spending increases slotted for several programs the Trump administration had urged Congress to trim.

Here are some of the highlights:

The White House’s contentious crusade to cut NASA spending, particularly in the area of Earth Sciences — which deals directly with climate change research — has been stopped in its tracks. Almost two billion dollars has been set aside for Earth Sciences, with 19.7 billion in funding for NASA overall. That’s actually more than the Obama administration even requested.

A spending increase of $2 billion was allotted to the National Institute of Health rounding out to a total of $34 billion. The Trump administration had proposed cutting the NIH’s budget this year to make room for defense spending.

Trump had urged Congress to consider massively trimming the EPA, but most of its programs are now secured until at least the end of this year, with a decrease in funding of only 1 percent.

Of course, this budget will only fund the government through to the end of the fiscal year on September 30, 2017, at which point Congress will have to again decide how important science funding is to them.