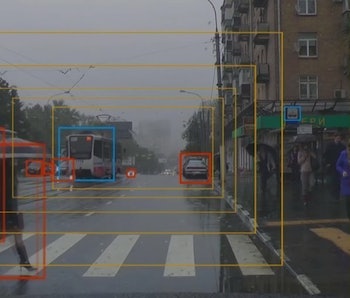 A mysterious self-driving car company has been quietly expanding in recent years in the world’s largest country. Now, Moscow-based Cognitive Technologies has hired a slew of new recruits and is ready to move to the U.S. in the coming months.

“The big R&D center will stay in Russia, but the main engineers and business guys will be sent to U.S. soil to set up a proper office,” Roman Tarasov, the company’s VP for global business, tells Inverse. “We’re thinking either California or Delaware.”

Cognitive Technologies was founded in 1993 by the guys who created Kaissa, the world’s first computer chess champion. For decades it worked on image and voice recognition applications, selling products to Intel, Yandex, and others. In 2014 it announced Cognitive Pilot, a program to develop software for self-driving cars, and in 2015 it announced a partnership with Russian trucking giant Kamaz — with plans to roll out assistive driving technology in 2017 and self-driving trucks by 2020. Last year, the company revealed a self-driving tractor.

In the past year, the company has expanded rapidly. The whole company, entirely based in Russia for now, consists of 1,500 people. In the past few months, Tarasov says the C-Pilot team alone has almost doubled, reaching about 90 programmers plus 25 people on the business team.

“We’re in the middle of a process to become well-known in the English-speaking media,” Tarasov says.

Little is known about C-Pilot’s technology besides what the company has said itself. The company, not surprisingly, claims it has a breakthrough, capable of matching the Tesla’s Autopilot program, Mobileye’s self-driving software, and every other company working on an autonomous car.

Unlike competitors such as Mobileye, which uses proprietary chips, the developers tout C-Pilot’s ability to run on standard computer hardware, making it flexible and easily upgradeable. C-Pilot can supposedly do this thanks to a superior ability to focus on important objects in a scene, allowing it to make do with less computing power.

The system can currently steer, push the accelerator, emergency stop, and warn about traffic lights. By the end of the year 2019, the team wants to achieve level four autonomy. Although still under development, the system can supposedly recognize 36 road signs with over 98 percent accuracy.

A big part of moving to the U.S. is the potential to get more funding. Thus, Tarasov says, the company is looking to locate near key investment offices and to make a splash.

Currently, Cognitive Technologies develops its system using a Nissan X-Trail and works with car makers to test the software on their own vehicles. Whatever they use, the company has its eye on launching a fleet of five-to-ten autonomous cars, whizzing around near investors.

“If Google has one, why shouldn’t we!” Tarasov says.

When Inverse asked Tarasov to clarify what makes C-Pilot different from Tesla’s Autopilot, he said, “Tesla kills people and we don’t!” He was, apparently, referencing the May 2016 death of Joshua Brown, who was killed while driving a Tesla Model S in Autopilot mode — though we’ll note that the National Highway Traffic Safety Administration did not find a safety default in Tesla’s systems during an investigation of the crash.

If Cognitive Technologies breaks into America, it will be a big step forward, but it will also face more competition than ever. In California alone, there are already 27 companies testing their own self-driving cars.

More like this
Innovation
20 hours ago
Tesla software updates reveal a potential roadblock to electric vehicles’ expansion
By Vivek Astvansh and The Conversation
Innovation
8.13.2022 9:00 PM
Want to buy an EV? Here’s what you need to know about the Inflation Reduction Act
By James Morton Turner and The Conversation
Innovation
8.9.2022 11:00 AM
This self-healing material could fix your dinged-up car in 30 minutes
By Molly Glick
Related Tags
Share: