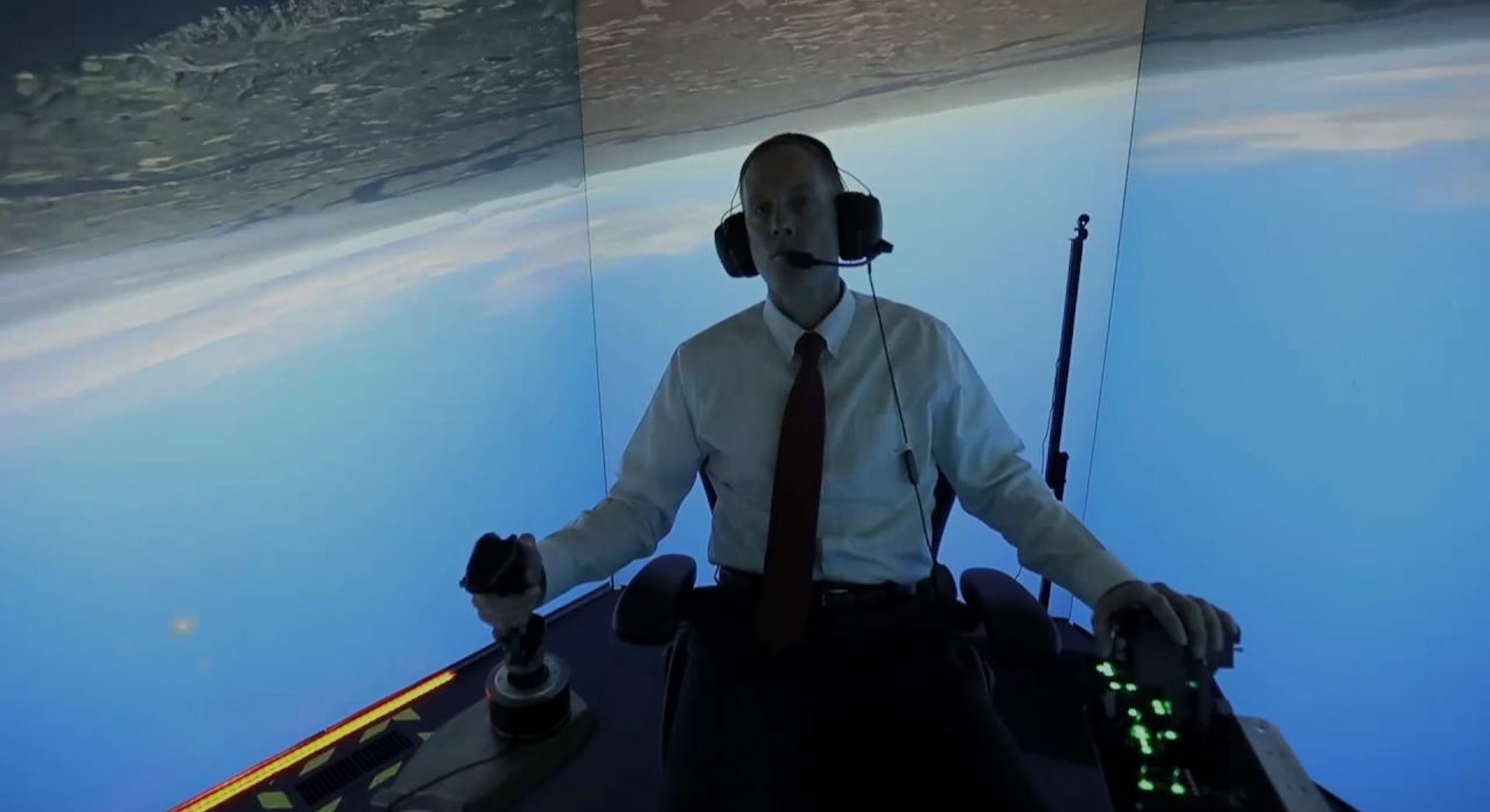 We tend to think that artificial intelligence views everything in a coldly logical, binary way, but by making A.I. a little “fuzzier,” the same system can be used to treat patients with bipolar disorder and to win dogfights in armed aerial combat. The system, actually called fuzzy logic, functions in human-like ways, makes judgments in plain English, and negotiates the nuanced gray area between black and white decision making.

Fuzzy logic is a mode of computation based on various “degrees of truth,” rather than just “true or false” — or 1 and 0, in computer speak. Developed in 1965 by University of California, Berkeley professor Lofti Zadeh, fuzzy logic has been called the “cocaine of science,” and there are a ton of applications for it. What makes fuzzy logic so powerful (and complex) is that it uses the same “natural language” that human beings use to make decisions based on subtle variation, rather than the machine binary of ones and zeros.

In real-life situations, you have to make decisions based on these nuances, says Kelly Cohen, professor of aerospace and engineering mechanics at the University of Cincinnati. “What fuzzy logic does is allows you to emulate human decision making in those situations,” he says. “The strength of the fuzzy system is it’s a simple approximator.”

Nick Ernest, Cohen’s former student and a recent Ph.D. in aerospace engineering from the University of Cincinnati, develops ways to make fuzzy logic applicable to complex problems. He founded an artificial intelligence development and consultation company, Psibernetix, through which he created the genetic fuzzy tree methodology.

“It’s based on human-style reasoning rather than complicated mathematics, and found to be really awesome in all sorts of application areas across industries,” says Ernest. Fuzzy logic is a good alternative to traditional mathematical methods because it is “robust to noise, randomness, and uncertainty,” he adds.

A fuzzy logic controller is a system that has inputs — the things that one wants to measure — and outputs, which are the evaluations the system makes on the inputs. For example, if the question is how much to tip at a restaurant, the inputs could be the quality of the food and the quality of the service. The output would be what percentage of the bill you would tip. A fuzzy logic system would take into consideration the non-binary nature of the inputs, which are more complex than a simple 0 or 1, true or false system. Enjoying — and paying for — a meal is more than just a series “yes” or “no” responses.

To solve the problem, programmers create linguistic terms in plain English to classify those inputs. That way the researchers can understand more clearly and easily how the fuzzy system came to its decision. The fuzzy system contains a series of if/then rules to guide the decision making, such as if the food was good, but if the service was bad, then the tip would be a certain amount.

Tipping is a two-input problem well suited for fuzzy control, says Ernest. “What we did is allow it to be applied to much more complicated problems and apply English words to inputs and outputs,” he says. “We came up with words that connect them so you can solve any problem.” So Ernest uses the fuzzy logic system to solve problems with 100 or any other number of inputs, however nuanced they are. “We don’t care what the numbers [of inputs] are or what the topic is about,” he says. “These things are universally applicable and we can use them to solve any problem.”

One of those solvable problems is mental illness. Psibernetix’s bipolar system, called Lithia, uses fuzzy logic to look at a number of fMRI (functional magnetic resonances images) and MRS (magnetic resonance spectroscopy) brain images of bipolar patients to evaluate how a particular medication might help them. The patient’s brain images are boiled down into 118 different inputs that define fluid flow or electromagnetic responses to a stimuli in the brain, says Ernest. “Lithia creates 100 fuzzy logic controllers in a network, combines them together, and feeds inputs from images into our system,” he says. “It has English words for determining whether the flow rate was high or whether the electromagnetic responses was lower or higher than expected.”

The system provides an answer to a simple question, based on complex informational input: Will the drug work, will the treatment be effective? “The system estimates how effective the treatment will be,” he says, based on the change in their score on the Young Mania Rating Scale, which measures mania in a patient.

“We create a series of fuzzy logic controllers that take in all these inputs, with nearly 100 fuzzy logic controllers in that system working together, and eventually boil them down to one output, [which is] how effective the drug will be in analyzing all those inputs,” says Ernest. “The takeaway here is this is just a data set.” Because fuzzy logic is traditionally resilient to uncertainties, randomness, and noise, it works well for the gray area that is analyzing individual human bodies that don’t function according to a clean computer-like binary. Fuzzy logic takes into account nuanced levels of neurochemicals in response to certain medicines in order to determine the extent to which a medication could be effective.

Psibernetix is also applying fuzzy logic to high-stakes aerial combat. Like Lithia, Psibernetix’s dogfighting system, called Alpha, also takes into account numerous inputs to make a decision. With Alpha, the goal is to develop an entire combat plan, with real-time updates on how to best defeat the enemy. The inputs include the states of the aircraft (such as its positional velocity and acceleration information), information on a friendly aircraft’s capabilities, and estimates on the hostile aircraft’s capabilities. Outputs could include generating flight paths, courses of action, and tactics or roles that should be utilized.

Alpha is good at what it does. In a flight simulator, Retired United States Air Force Colonel Gene Lee was unable to best Alpha in simulated air combat during several tests in October of 2015, University of Cincinnati Magazine reports. Lee, an experienced pilot, wasn’t able to land a hit on Alpha, and Alpha shot him out of the virtual sky during every encounter. It’s no wonder — University of Cincinnati experts say Alpha can coordinate the best tactical plan over 250 times faster than it takes a human pilot to blink, and that unmanned aircraft employing Alpha are being considered as wingmen.

“This may be artificial intelligence, but it represents a real challenge,” Lee told the magazine.

Both Alpha and Lithia, are able to train themselves thanks to the underlying fuzzy logic. By using a “genetic” algorithm to learn a number of membership functions (or if/then rules), the programs create and inform a genetic fuzzy tree or possibilities. Sounds like exactly what you’d want in a doctor or ace fighter pilot.

In addition to computing prowess, fuzzy logic is notable because it actually makes for a very crisp user interface. Because the systems are “literally thinking in English,” says Ernest, you don’t need to decipher the thought processes that determine their decisions. “If a doctor wanted to know why Lithia made a diagnosis, the system can tell the doctor in English why it made that diagnoses. That’s a big deal for humans to trust machines,” he says. “For Alpha, it’s the same thing. You can talk in English and get responses in English, and it’s not just some translation or approximation. It’s actually the thought process. That’s a huge deal when it comes to those types of problems.”