Out in the American Samoa, one little island — Ta’ū — just replaced its reliance on diesel with a solar power microgrid. Elon Musk’s companies, Tesla, and SolarCity, with the financial assistance of government authorities, provided Ta’ū with almost one-and-a-half megawatts of sun-harvested electricity, in the form of 5,328 solar panels and 60 Tesla Powerpacks.

Ta’ū is the poster child for Tesla’s SolarCity acquisition, which shareholders approved last week, and which seeks to revolutionize the solar-power industry. It’s a microcosmic demonstration of the combined forces at work: a SolarCity solar panel farm alongside a Tesla Powerpack battery storage cluster. Musk is inviting us to imagine the Ta’ū project writ large. If a 17-square-mile island is easy, Tesla and Musk posit, what else is in reach? This project is “not a postcard from the future,” SolarCity announced — “it’s a snapshot of what is possible right now.”

The island’s reliance on diesel-powered generators is no more. Its 600-plus inhabitants required almost 110,000 gallons of diesel per year, which had to be boated in; the Samoa are almost 5,000 miles away from California, so already prohibitive diesel prices grew absurd. If diesel importation jumped, Ta’ū would still depend almost entirely on its importation.

Despite the extreme, government-supported expenses for the microgrid’s installation — somewhere in the multimillion-dollar range — SolarCity claims the project “is expected to allow the island to save significantly on energy costs.” Rough seas or other factors would occasionally preclude the diesel shipments, so citizens grew accustomed to prolonged power outages.

No longer: the Tesla-SolarCity microgrid can power Ta’ū for up to three days without sun, and recharges to full capacity in just seven sunlit hours, SolarCity writes on its blog. The island is now almost 100-percent reliant on renewable energy, rather than diesel importation.

SolarCity quotes resident and store owner Keith Ahsoon: “It’s always sunny out here, and harvesting that energy from the sun will make me sleep a lot more comfortably at night, just knowing I’ll be able to serve my customers,” Ahsoon said. 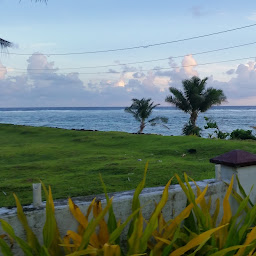