Despite what president-elect Donald Trump may have you believe, climate change is not a Chinese hoax. World temperatures and seas are rising. To illustrate these shifts, The Guardian commissioned a minute-long symphony that represents the Earth’s changes in carbon and temperature.

What was created is less like Vivaldi’s “Spring” and more like the soundtrack to Vertigo. The song is based on 150 years of global warming data; as the years go, higher temperatures signal a note change to a higher pitch. When there is more carbon in the atmosphere, the note is played more loudly. The Guardian’s video of the song is also paired with a circular graphic with increasing numbers of rings; the more rings, the higher the Earth’s temperature. The red ring signals a temperature 1 degree Celsius from what scientists think is past the point of return. 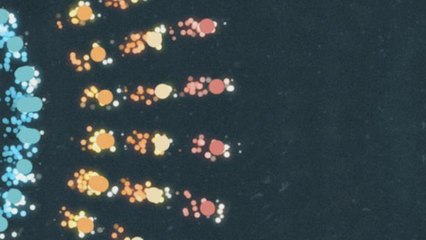 Accordingly, the song becomes piercing and emphatic as the temperature and carbon levels increase. It’s not exactly as comforting as say, pianist Ludovico Einaudi’s own climate change-confronting performance on a mechanical iceberg, but it does a better job at sonically wailing, crap we’re doomed.

If the song is extended into the future, its sad melody is only likely to become higher-pitched and louder. In February, the Earth warmed past 1.5 degrees Celsius — the temperature labeled as the point of no return at the Paris climate summit this year. Climate scientists say that, in a worst-case scenario, global temperatures will rise by 5 degrees Celsius by 2100. That’s a terrifying future — and makes for one very shrill swan song.