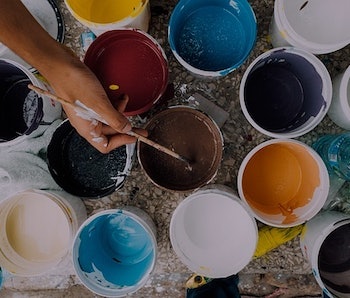 Quantum computing will turbocharge artificial intelligence and bring forth a new demand for liberal arts skills, an expert has claimed. Faced with the coming automation of many analytical jobs in industries, humans will find themselves needing to fulfil roles that A.I. will struggle with, like subjective reasoning and artistic creativity.

“I anticipate that within the next five to ten years, you have to move to the liberal arts, to the right brain set,” said Yuri van Geest, founder of SingularityU in the Netherlands and an expert in the singularity, at Cologne’s Pirate Summit 2016 on Wednesday. “Stuff that technology is not able to disrupt yet.”

Where traditional computers work in a sequence, quantum computers are able to understand all possibilities at once. While a maze solving app would look at each route on by one on today’s computers, a quantum machine could instantly solve the puzzle. Geest predicts that within the next two years, a quantum computer will be built that has the same computational power as every computer on earth today combined.

However, Geest was quick to clarify that, in terms of quantum A.I.’s limitations, he is only going based on what he’s seen being developed in labs around the world. While the best minds in China and Silicon Valley may not be able to produce A.I. capable of replicating more “right-brained” creative roles, doesn’t mean they won’t be able to in future. “It’s hard to know the limits of technology.” he said.

Nonetheless, the forthcoming advancements in computing power could mean big changes for society as a whole, with computers able to crunch through unfathomable amounts of data. This data will help improve A.I. as it learns from a wider sample size of inputs.

“We are entering a new era on this planet,” Geest said. “We haven’t seen anything like this before.”

More like this
Innovation
8.12.2022 9:30 AM
Indoor lights make us sick — this technology could fix that
By Miriam Fauzia
Innovation
8.11.2022 11:00 AM
“Quantum materials” could give the human brain a run for its money, scientists say
By Nathaniel Scharping
Innovation
8.5.2022 11:00 AM
Alexa could diagnose Alzheimer’s and other brain conditions — should it?
By Joanna Thompson
Related Tags
Share: