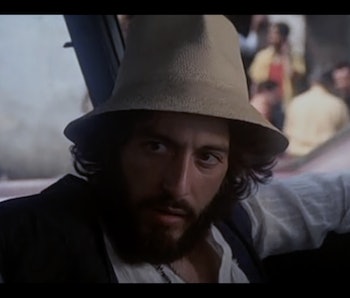 Barry Cooper was a damn good narcotics agent. Over an eight year career in law enforcement, he was credited with more than 800 arrests. He busted into houses with a crew of officers and flash-bang grenades and he learned to profile with the best of them.

These days, Barry has different priorities. He’s pro-marijuana legalization and anti-mass imprisonment. His Never Get Busted Again DVD series and YouTube channel are constantly pumping out tips on staying free no matter what your state’s marijuana laws, and when he’s not making videos he’s busy as an expert criminal defense witness and anti-drug lecturer. Cooper spoke to Inverse about how to spot the tell-tale signs that you’re being set up, and why you should always keep a bong on hand.

How do I spot a narc, Barry?

The thing is a lot of departments don’t use undercovers that much anymore. It’s just a lot easier to use informants. You get someone to cut a deal where they’re turning over their friends, their family. When I was in law enforcement I flipped hundreds of people into informants. And also, the threshold for hard evidence with informants is much lower. They say they that you’re doing something illegal, and the police can go in on just their word. That said, police do still use undercovers. And there are a lot of ways to spot them, but the only foolproof one is to make them do drugs with you.

That shouldn’t be so hard.

Weed I get, but how do you fake doing coke?

Weed, they just tell officers to hold it in their mouths. That’s easy. With coke, what you do is you get it on the edge of the table and you line it up like you’re going to snort a line. Then you cup your hand over the top of it, like you’re protecting the coke right? Then you put your dollar bill down or whatever you’re using to snort, and you have your pinky on that hand down on the edge of the table behind the coke, and what you do is while you’re pretending to snort the line you’re actually knocking the coke onto the floor. It’s real easy to do and it looks real. Especially if the other guy is high.

What about the non-foolproof ways?

A narc is going to be a stranger. And they’re always going to have some excuse about how it’s not for them so they can give you a reason why they don’t want to do it in front of you. They’ll tell you they’re buying it to sell it, or they’re buying for their girlfriend. We were always trained to say it was for our girlfriend. Informants, which are what most people are more likely to deal with, are going to be your friends and even your family who just got busted. Anyone in your life who was recently arrested, you have to watch out for them. People think, ‘They’re my friend, they wouldn’t do that,’ but I turned so many informants. They get scared, they’ll agree to anything.

Barry, what happened that this is your life now?

Man, I just couldn’t do it anymore. I went to sell cars, and the first few years I did that I made more money than I ever did as a cop and I was happy with that. But then I started smoking weed and the internet came out and I started educating myself and I realized, this is wrong. It’s wrong that we put people in prison for smoking marijuana, it’s wrong how our country’s drug laws have ruined people’s lives. Yeah, weed and a lot of internet woke me up.