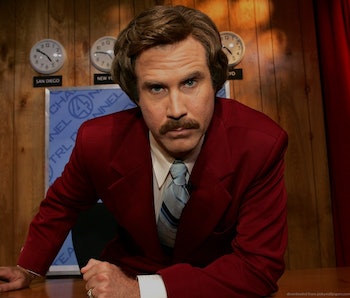 The word to use when you don’t know what else to say, “stupid,” is having a bit of a moment right now as a favored phrase of Donald Trump. But what is stupid? Stupid is what stupid does is probably the most stupid explanation. Merriam-Webster offers up “not intelligent” and the surprisingly specific “not able to think normally because you are drunk, tired, etc.” The better way to definite stupidity, according to a study published in the journal Intelligence, is to understand the most common moments that people describe as stupid.

“Understanding why we call certain actions stupid irrespective of their cognitive abilities request the understanding of what people mean when they call an action stupid,” write researchers from Eötvös Loránd University and Baylor University. Studying why and when people call actions stupid, they believe, may “bring us closer to understanding the rationalistic norms that people use in monitoring and evaluating behavior.”

The researchers conducted two experiments: In the first, 26 university students were asked to keep a journal and log incidents where they thought they saw people act stupidly. In the other, 154 undergrads read short descriptions of stories taken from The New York Times, the BBC, and TMZ, and rated what stories were the best examples of stupidity and what psychological factors may have led to that behavior. From this data, the researchers determined that there are three separate categories that are most often associated with stupidity:

The actual phrasing in the study is “violations of maintaining a balance between confidence and abilities.” The sort of person who probably shouldn’t be shouting out, “Heey everyone, come and see how good I look!” and confidently asserts that the definition of diversity is “an old wooden ship that was used during the Civil War era.” This indicator of stupidity was rated by the students as the most stupid.

This sort of stupidity is described as when people fail a practical task, out of distraction or lack of skills. Like when Buddy the Elf eats street gum even though Santa told him specifically not to. Or when he tries to make friends with a rabid raccoon. Or when he pukes from running through a revolving door too many times. Actually, most of Buddy’s trials in Elf seem to match up with this sort of stupidity, but just like those choices further endeared him to audiences, the students in this study were the most forgiving against these acts.

While Old School effectively made “We’re going streaking!” the phrase most likely to be shouted by a college freshman in 2003, an earlier conversation between Will Ferrell’s Frank and his wife Marisa highlights Frank’s fall from marital grace into frat boy purgatory:

Marissa: Just as long as you promise to take it easy.

Frank: What do you mean?

Marissa: You know exactly what I mean. You’ve come a long way since Frank the Tank and we don’t want him coming back, do we?

Frank: Honey, Frank the Tank is not coming back, OK? That part of me is over. Water under the bridge. I promise.

But Frank the Tank indeed comes back because Frank is inclined toward this very category of stupidity where a lack of control results from obsessive behavior.

In each case of stupidity, the researchers found that participants rated the act as more stupid if the action was performed by someone who has the power to actually create a serious consequence. Also determined: People may call so many things stupid as a way to avoid acting stupid themselves.

More like this
Science
7.29.2022 10:00 AM
Which animals get Covid-19? A new database tracks cases around the world
By Jennifer Walter
Science
8.8.2022 11:00 AM
In Mexico, indigenous peoples and scientists race to save an iconic Aztec animal
By Lourdes Medrano and Undark
Science
8.8.2022 12:00 PM
Look! Extreme Tonga volcano eruption leaves a telltale finger-print in space
By Doris Elín Urrutia
Related Tags
Share: