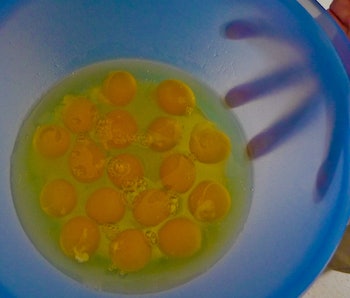 At some point deep in the past, unicellular organisms gave rise to multicellular animal organisms—and a group of researchers from the University of Oregon feel confident they can determine the moment in evolution such an event took place.

The study (“Evolution of an ancient protein function involved in organized multicellularity in animals”) focused on mitotic spindles —protein structures responsible for properly organizing daughter cells created through cell division (mitosis) within tissue. If a spindle itself isn’t positioned properly, it can lead to malformed tissues, even cancer. However, animals usually possess a protein that makes sure spindles are where they need to be—and the Oregon U team feels that if they can pinpoint when those particular proteins evolved the ability to guide spindles, it would serve as the marker for when multicellular animal life began.

One creature that provided inspiration is the choanoflagellate, a single-celled organism that can organize into groups for feeding purposes—and single cells working together for a common cause is basically how our organs function.

But how do these individuals form multicellular teams that work together? This is the question the researchers were seeking to solve and attacked the issue by reconstructing gene sequencing by way of algorithms—devolving mutations until arriving at a shared ancestor, keeping track of when mutations took place while doing so.

Once at the mathematically deduced genetic starting point—an ancestral protein—the Oregon team synthesized its DNA, applied the mutations already observed, and watched functionality. In the end, proteins were observed to connect and function in conjunction with other proteins—an interaction domain —which just so happens to happen within any dividing animal cell, including ours.

Unfortunately, cancer also plays into this theory—as the disease is a result of cells acting indifferently from what an overall multicellular body needs—or as study co-member Kenneth E. Prehoda explains, a “reversion” of the cooperation between cells:

The understanding of how and when cells stop living for themselves and come together as an entity could ultimately lead to a grasp on why some diseased cells end the communication necessary to work together in health.

More like this
Science
8.1.2022 10:30 AM
These 6-million-year-old teeth may be from Europe’s last panda species
By Elana Spivack
Science
7.31.2022 1:00 PM
How do cats co-exist with each other? The answer may lie in their gut
By Tara Yarlagadda
Science
8.4.2022 6:15 PM
3D analysis reveals a key similarity between dinosaur and bird embryos
By Charles Q. Choi
Related Tags
Share: