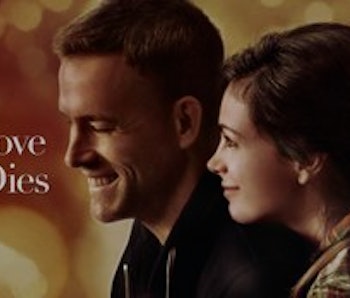 If you’re a dedicated Inverser, lover of comics or general watcher of current events and/or social media, this probably registers at least a titter:

If not, the joke’s on you as Deadpool is not:

…but instead an R-rated superhero movie starring a Marvel mutant (also known as the “Merc with a Mouth”), and while it does include some love story bits, it’s really about a masked superhuman who kills people until they are really dead. Observe the red band trailer:

You might remember Reynolds’s previous, not-so-fulfilling turn as Deadpool:

And you might remember him from Sabrina the Teenage Witch:

…but whatever your take on his body of work, you can take yourself to a movie theater to see Deadpool starting on February 12, 2016.

More like this
Entertainment
8.14.2022 1:30 PM
Why the Andor trailer could be setting up a Darth Vader fight scene
By Dais Johnston
Entertainment
8.2.2022 12:30 PM
How Scott Snyder is blazing a new path in comics after 'Batman'
By Eric Francisco
Culture
8.9.2022 10:00 AM
The Sandman: 11 characters pulled from DC comics history
By Robin Bea
Related Tags
Share: