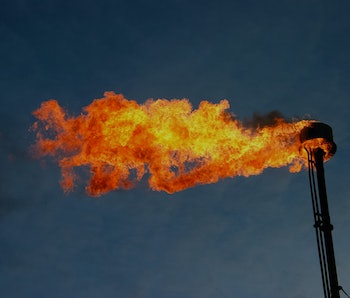 A new United Nations report shows the world’s major fossil fuel producing countries, including Australia, plan to dig up far more coal, oil, and gas than can be burned if the world is to prevent serious harm from climate change.

Australia is strongly implicated in these findings. In the same decade we are supposed to be cutting emissions under the Paris goals, our coal production is set to increase by 34%. This trend is undercutting our success in renewables deployment and mitigation elsewhere.

The United Nations Environment Program’s Production Gap report, to which I contributed, is the first to assess whether current and projected fossil fuel extraction is consistent with meeting the Paris goals.

The gap is also substantial for oil and gas. Countries are projected to produce 43% more oil and 47% more gas by 2040 than is consistent with a 2℃ pathway.

Nine countries, including Australia, are responsible for more than two-thirds of fossil fuel carbon emissions — a calculation based on how much fuel nations extract, regardless of where it is burned.

China is the world’s largest coal producer, accounting for nearly half of global production in 2017. The US produces more oil and gas than any other country and is the second-largest producer of coal.

Australia is the sixth-largest extractor of fossil fuels, the world’s leading exporter of coal, and the second-largest exporter of liquefied natural gas.

Prospects for improvement are poor. As countries continue to invest in fossil fuel infrastructure, this “locks in” future coal, oil, and gas use.

US oil and gas production are each projected to increase by 30% to 2030, as is Canada’s oil production.

Australia’s coal production is projected to jump by 34%, the report says. Proposed large coal mines and ports, if completed, would represent one of the world’s largest fossil fuel expansions — around 300 megatons of extra coal capacity each year.

The expansion is underpinned by a combination of ambitious national plans, government subsidies to producers, and other public finance.

In Australia, tax-based fossil fuel subsidies total more than A$12 billion each year. Governments also encourage coal production by fast-tracking approvals, constructing roads, and reducing royalty requirements, such as for Adani’s recently approved Carmichael coal mine in the Galilee Basin.

In Australia, this policy failure is driven by deliberate political avoidance of our national responsibilities for the harm caused by our exports. There are good grounds for arguing this breaches our moral and legal obligations under the United Nations climate treaty.

So what to do about it? As our report states, governments frequently recognize that simultaneously tackling supply and demand for a product is the best way to limit its use.

For decades, efforts to reduce greenhouse gas emissions have focused almost solely on decreasing demand for fossil fuels and their consumption — through energy efficiency, deployment of renewable technologies, and carbon pricing — rather than slowing supply.

While the emphasis on demand is important, policies and actions to reduce fossil fuels use have not been sufficient.

Policy options include ending fossil fuel subsidies and taxing production and export. Government can use regulation to limit extraction and set goals to wind it down while offering support for workers and communities in the transition.

Several governments have already restricted fossil fuel production. France, Denmark, and New Zealand have partially or totally banned or suspended oil and gas exploration and extraction, and Germany and Spain are phasing out coal mining.

Australia is clearly a major contributor in the world’s fossil fuel supply problem. We must urgently set targets and take actions that align our future fossil fuel production with global climate goals.

This article was originally published on The Conversation by Peter Christoff. Read the original article here.

More like this
Science
8.10.2022 3:27 PM
Climate change may push North America’s forests to a “tipping point”
By Tara Yarlagadda
Science
8.3.2022 12:15 PM
Look: 7 Great Salt Lake images reveal how shockingly fast its shrinking
By Jennifer Walter
Innovation
7.30.2022 10:00 AM
Railways around the world are literally melting — here’s why they can’t take the heat
By Kangkang Tang and The Conversation
Related Tags
Share: