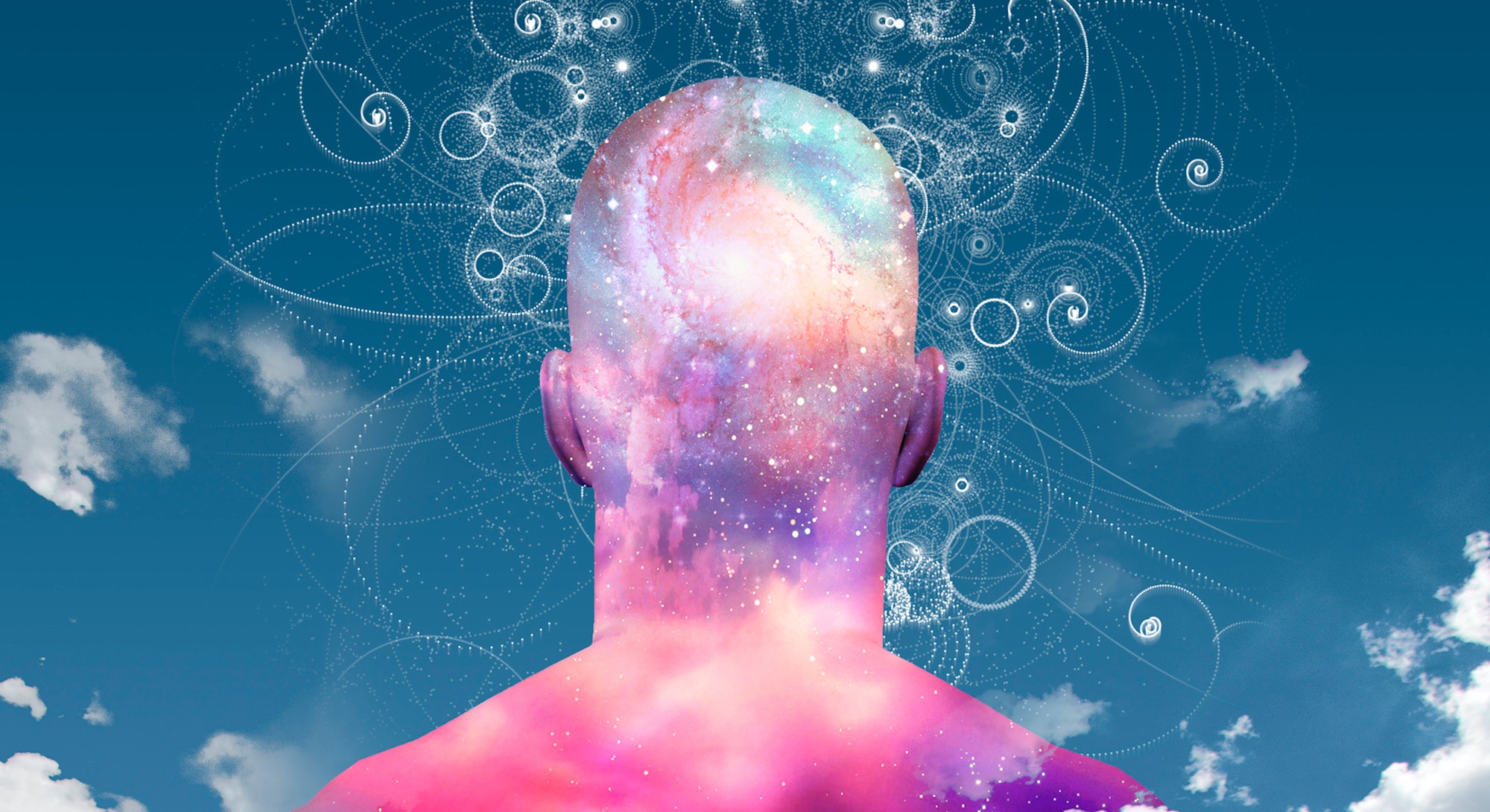 At 79, he’s already outlived the CDC’s official life expectancy by two years and he has no intention of dying — or even slowing down — anytime soon. An active man, Scott jets between his homes in upstate New York and Florida, flies to exotic locations such as Panama City for business and still finds time for the odd cruise. His secret? A DIY regime of self-experimentation and untested therapies he believes will keep him going well past the next century.

Self-experimenters litter the history of medical science. Dentist Horace Wells dosed himself with nitrous oxide in 1844 to see if it could kill pain, Nicholas Senn inflated his innards with hydrogen a few decades later to work out if it could diagnose a ruptured bowel, and more recently, Barry Marshall drank a solution containing H. pylori in 1985 to prove the bacterium caused ulcers.

These scientists risked their own health to make a medical breakthrough or prove a theory, but Scott is not a scientist. He’s an amateur enthusiast, also known as a biohacker. Biohackers engage in DIY biology, experimenting on themselves to enhance their brain and body. And many of them — like Scott — see longevity as the ultimate prize.

Now, longevity research is being transformed by mega-cash injections by the likes of Peter Thiel and Jeff Bezos. In 2021, Bezos helped fund a start-up called Altos Labs, which deals in “rejuvenation” science — essentially, trying to science our way out of the aging process. Biohacker Reason (his legal and only name), who runs the website fightaging.org, tells Inverse that Bezos and others’ success in their endeavors will come from the experiments he, Scott, and other biohackers do now.

“You don’t get companies with money coming in and running half-million-dollar or million-dollar clinical trials that are semi-formal without a community of self experimenters to ferment and give rise to that. And you don’t have people running huge formal trials without support from this community,” Reason says.

Life Extension for the Masses

Scott’s interest in longevity has grown over time. He first got involved in the 1980s after reading Life Extension: A Practical Scientific Approach by Durk Pearson and Sandy Shaw, which preached healthy eating and rigorous exercise, but really got serious in 2002 when he was frustrated by continual sinus infections.

“I remembered something my grandmother had told me when I was 10 or 12, she told me ‘You are what you eat.’ I said to myself, I need to stop eating, this eating is poisoning me,” he recalls. Scott didn’t eat for five days and by the fourth, his sinuses were cleared. He realized he had a gluten problem and apparently never suffered from sinus issues again.

From there, Scott’s experiments got gradually more extreme, from adopting a vegan, sugar-free, processed food-free diet, to regular intermittent fasting. In the past two years, he started taking untested and unregulated interventions like amniotic fluid injections.

Over the same time period, longevity and anti-aging research were picking up pace and getting some serious private cash flow — giving hope to people like Scott who want to live radically longer lives.

This has happened before. Biohacker Reason describes a wave of enthusiasm for life extension which began in the 1970s, but those involved ended up building an industry delivering “nothing except hope and fraud.”

This horrified the scientific community, he says, which took a step back from the whole concept of intervening in aging.

“It took several decades of intense advocacy and a lot of philanthropic help and some advances in the science to change that,” Reason says.

The thing is: While there are more researchers interested in aging and longevity, perhaps in part due to the fact the world population is aging, clinical treatments for aging-related problems are not keeping pace. That leaves people like Scott with a choice: DIY or die.

Scott now spends a large portion of his time researching and seeking out treatments that have not yet been approved for human use — and at a great cost.

“We’re letting people die while we continue to cure mice of conditions.”

Every three months, Scott injects himself with 1cc of amniotic exosomes, a type of extracellular vesicle containing protein, DNA, and RNA of the cells that excrete them, in this case, extracted from the fluid which surrounds and nourishes fetuses as they grow in the womb. He also takes Dasatinib, a drug approved to treat certain types of cancer, believing it will help kill damaging senescent cells in his body. The FDA has not approved amniotic exosomes as a treatment for anything and Dasatinib has not been given the green light for anti-aging purposes, although it has been shown to work in mice when taken with Quercetin, a plant pigment.

In the future, Scott plans to travel outside the United States to undergo a plasmapheresis treatment he describes as a “cleansing” of the blood and eventually gene therapy to reverse the aging in his body’s cells. Plasmapheresis involves taking blood from a patient, removing the plasma, and then mixing the remaining blood with a plasma substitute. It’s used as a cancer treatment, particularly in some forms of blood cancers, but Scott believes it also has regenerative potential for the elderly.

The treatments are not cheap. Amniotic fluid injections cost around $2,000 a pop. Clinics offering amniotic fluid exosome treatments are easily found with a quick Google search, and Scott says their regulation falls into a gray area. Dasatinib is similarly difficult to obtain and costs hundreds of dollars. Scott gets his online, and it’s shipped in from abroad, although he isn’t sure exactly where from in the world. His plan to undergo gene therapy could rack up hundreds of thousands of dollars in medical bills.

“What we’re talking about here is first adopters, and first adopters always pay more,” he says, predicting the cost of treatments will be lowered in the same way computers or cars have become cheaper over time.

Jonathan Moreno, a professor of medical ethics and health policy at the University of Pennsylvania, who authored the book Everybody Wants to Go to Heaven but Nobody Wants to Die, tells Inverse he didn’t see the point of this type of self-experimentation.

“It can be dangerous and most often I think it doesn’t make much difference at all, depending on what you are doing to yourself.”

But he added that he didn’t believe self-experimenters like Scott were doing anything wrong, even if they were wasting their money. “They’re lining the pockets of some fraudsters, and if you don’t mind being exploited that’s the way it is.”

Liz Parrish is one of the most well-known self-experimenters in the world. She traveled to Colombia in 2015 to undergo a gene therapy treatment her company made with the intent of slowing down aging.

Parrish flew to Colombia because regulations in the United States prevented her from trying out the treatment. This is an extreme form of medical tourism — when people travel to countries with more lax regulation in order to undergo treatment not available at home. Parrish believes this type of self-experimentation is becoming increasingly popular.

“It's like a kettle boiling over,” she says. “People are looking for new technologies. They're looking for the translation of the technology that they read about in the newspaper.”

“The longevity self-experimentation community is sadly little better than the weightlifters and those guys are crazy.”

The desire to try new medical technology is frustrated by the FDA rules which govern clinical trials, according to Parrish, who says too much time is spent on animal trials that cannot predict how a drug will work on a human.

“We’re letting people die while we continue to cure mice of conditions. It’s at the point of absurd. Millions of people will die this year from age-related diseases, they should be given access to technology that not only can help them but make a better world for everyone else,” she says.

There’s also the matter of cost. A study led by the London School of Economics found the average price of bringing a drug to market was $1.3 billion. And research by BIO, a trade association for biotechnology companies, found it takes on average 10.5 years for a drug in phase 1 of a clinical trial to attain regulatory approval.

“The regulatory systems are more burdensome and more costly than ever so how are companies going to get that data?” asks Parrish.

Her company Bioviva is attempting to solve that question and collects data from clinics taking medical tourists as clients, hoping it can help bring new technologies like gene therapies to humans in the United States faster. She also says self-experimentation will play an important role at home in the United States, but only if it’s done right.

“Collecting data and expressing your data and keeping track of adverse events, working with groups that can help you do that, is critical,” she says. “But if you don't track what's happening it’s not super useful.”

Fortunately for biohackers, the tools to measure what’s going on inside their bodies are cheaper and easier to access than ever. InsideTracker, a Boston-based health tracking company, charges customers $589 for its “ultimate’ tracking service, which includes blood tests tracking 43 biomarkers, and then offers clients a full breakdown of how they can improve their health.

Gil Blander, the company’s CEO and co-founder, does not describe himself as a biohacker.

“A lot of them are doing it more to impress others than to do it for themselves,” he says. “I call them pretenders.”

However, he says his company’s services can offer them the chance to produce meaningful results from experimentation. “You measure your 43 blood biomarkers before, do whatever you want — it's crazy, it's not crazy, that's your problem — then measure again and you'll see what's happening.”

Biohacker Reason has gone one step further on fightaging.org, posting detailed how-to guides for self-experimentation. He does so because he wants to improve standards in the community.

“The longevity self-experimentation community is sadly little better than the weightlifters and those guys are crazy,” he says. “Bar raising is definitely needed.”

Scott takes a barrage of health tests every year to ascertain what’s working and what isn’t, but he’s not as eager to make a wider scientific impact. He admits that although he does record the results of his various self-experiments, his data is not lab standard. “I'm very much concerned with doing this for myself,” he admits.

But is he putting himself at considerable risk? Judy Campisi, professor of biogerontology at the Buck Institute for Research on Aging, is concerned by some of the measures taken by people who want to live longer. She says with many drugs and interventions intended to slow down aging, one issue which is always overlooked is the potential stimulation of cancers.

Campisi is also worried about anyone taking amniotic fluids as Scott does.

Because of the paucity of data, nobody would really know for certain if a solo experiment had caused serious illness, but the same goes for extended life. Campisi believes the focus should be on extended healthspan, not lifespan — in other words, living your best life for longer. And while she shares concerns over the cost of getting drugs to market, she can’t get on board with lofty goals like immortality.

“Evolution has set species-specific lifespans probably by tweaking hundreds if not thousands of genes and it's not going to be a single intervention that will be able to do what evolution could do,” she says.

Editor’s note: This article has been updated to make clear Liz Parrish flew to Colombia in 2015, and not Mexico. We regret the error.