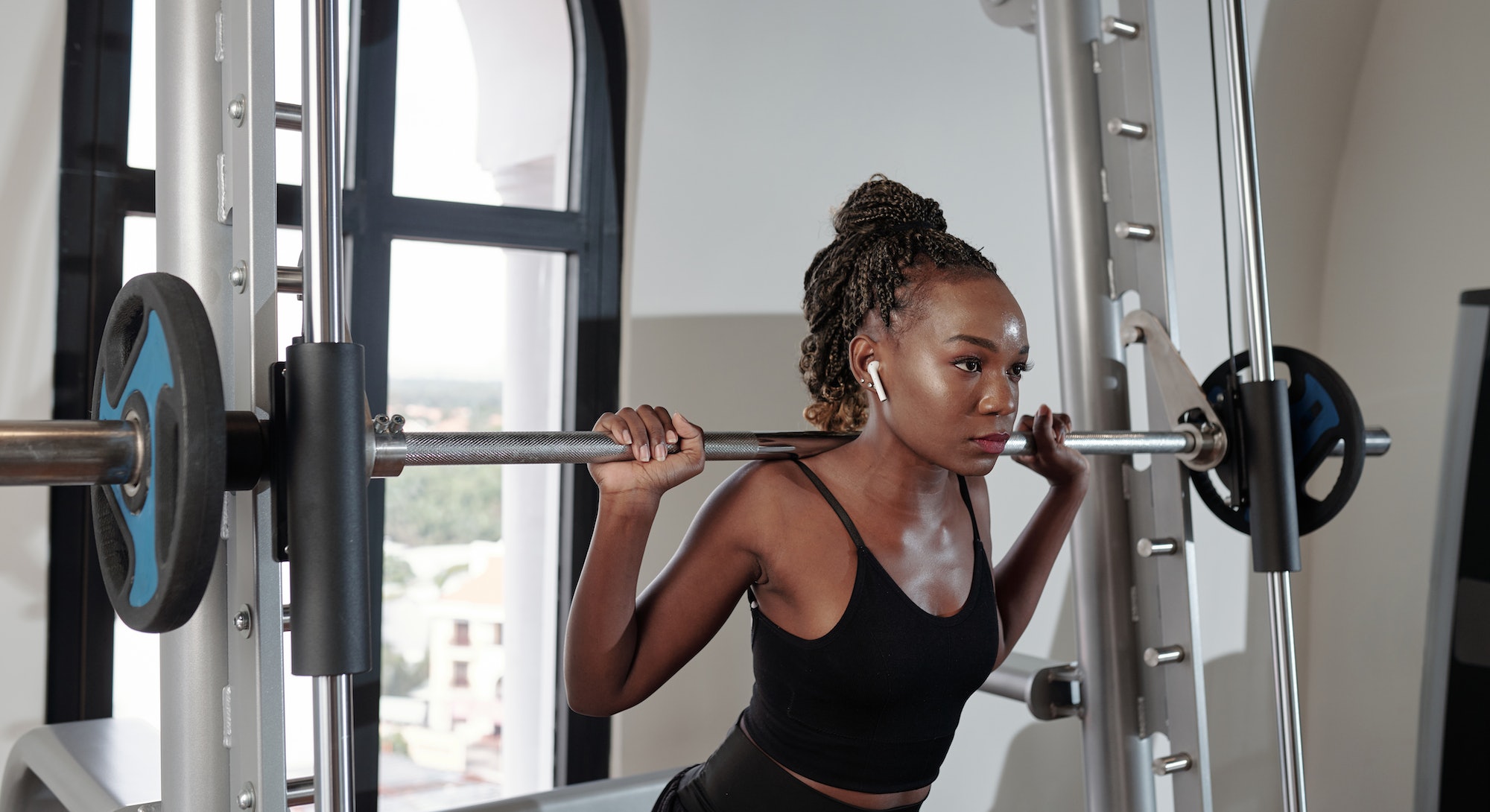 Bulgarian Olympic weightlifting coach Ivan Abadjiev was well known for pushing his lifters to the limit — and keeping their exercise variety low.

The team, which won 12 Olympic golds and 36 medals over a 33-year span, stuck to practicing the lifts in which they competed — snatch, and the clean and jerk. Lifts were as close to competition weight as they could, plus some squats, to push and maintain their leg strength.

Abadjiev’s strategy differed from his Soviet rivals, who broke lifts into components — the first part of the snatch, the clean, the jerk — perfected those movements, then combined them, and often did multiple repetitions. Asked once by a journalist why his lifters didn’t practice assistance work in a more Soviet fashion, Abadjiev paused a moment. Then he answered: “If you want to be a violinist, you don't practice the piano.”

It’s a pithy comment that brings up questions about rep ranges (how many times, or repetitions, a weight gets lifted within a set). Reps create the relationship between the work we do in a set and what we want to achieve. Traditionally, low reps at high weight build strength, and higher reps with lower weights tack on size, but it can get hazy, and it’s worth asking what these differences in ranges mean. Is there an ideal rep range? Or does it depend on the goal? Let’s dive in.

Adaptation — Rep ranges, like most topics in lifting, can be explained by progressive overload. Lifters get stronger when they lift a bit more every week, which is done most efficiently on a program: a weeks-long, laid-out series of lifts, where poundages based on a lifter’s one-rep maximum get manipulated.

This manipulation of total weight in a week occurs through changes in intensity and volume. Lifters can either lift heavier weights or do more lifts — which is where reps come in. A lifter with a 550 lb. max squat may squat 5,000 lbs. in one week. Maybe 500 lbs. — 90 percent of their max — twice a day, five times a week, or 250 lbs. 20 times in one heavy day. Or any other number of combos. The way these poundages get divided up determines a lot of where a lifter ends up — and how they reach their goals.

Different programs — Programs that prioritize volume have their advantages. Doing reps at low weights with more reps builds up muscles, and their endurance and avoids injuries. High reps also acclimatize lifters to the movement by greasing the groove: building up neural pathways. They also put on serious size. Consequently, bodybuilders — the biggest lifters — stick to high rep ranges.

Programs that go after, or hover around a one-rep max are on the opposite end of the spectrum and get different results. By prioritizing intensity and sacrificing volume, lifters, roughly speaking, don’t put on as much muscle as they do with high rep work. To be sure, when the weight is really heavy and reps are low, people still get big — there’s just not as much hypertrophy.

High-intensity programs can also be neurally taxing. A max squat or deadlift is said to fatigue the central nervous system and requires more time to recover. (High-volume work can also be tiring, but feels different.) These programs are mostly designed for lifters who are neurally adapted, know what they’re doing, and are competent enough in their movements that they have them down pat. If volume is included, it’s incidental: the warm-up weights that build up to a lifter’s working set, which are necessary only because most lifters can’t just show up to the gym and lift their 95 percent max.

Time and lifting — Programs can’t serve two masters. They either prioritize intensity or volume. But they can be “periodized,” or rotated out, letting lifters train size, then strength and improve. Other programs lie in the middle. Jim Wendler’s 5-3-1 and Bill Starr’s 5x5 program working sets in the five-rep range, a hybrid number in the sweet spot of both volume and intensity. Starr, who was a football strength coach, sought to improve his players’ “overall body strength” with as little time as possible in the gym, so they could spend more time practicing.

These are great programs for lifters who have room to adapt. Five reps done five times is of high enough volume to grease the groove and gets reps in, but is heavy enough that the lifts feel tough. But lifters can also combine volume and intensity in a completely different way — one which might work even better.

Volume and Intensity — A few programs ramp up both volume and intensity, and they’re all mostly so tough that they shouldn’t ever be stayed on for more than three months. Many are Soviet or Russian in origin — Smolov is one; Sheiko is another — and all promise (and deliver) serious strength and size gains when combined with correct rest and nutrition.

“You’ll have nightmares the day before.”

The most extreme and most fascinating program might be Super Squats, an old program published over 30 years ago. Written by Randall Strossen, a psychologist, founder of a popular series of hand grippers, and Olympic weightlifting journalist—he’s the guy who interviewed the Bulgarian coach—Super Squats promises about 30 lbs. of muscle over six weeks. The program, which Strossen makes clear he didn’t invent, is based on a century-old regimen formulated by Mark H. Berry, the editor of Strength Magazine, which he tested on J.C. Hise, a well-regarded lifter. Strossen’s updated program is fairly simple: some standard lifts — cleans, presses, rows, curls — either two or three times a week, with one set of heavy squats every session, done 20 times.

Strossen says the squats should be heavy enough that “you’ll have nightmares the day before.” More specifically, they should be a 10 rep max done 20 times. Every week, five pounds gets added to the bar. Lifting “too much” with the squat works, according to Strossen, because of the rest and pause on the lift. Standing with the weight on their shoulders, a lifter can “do more than you reasonably can under normal circumstances” so long as they take a few breaths, get their mind right, and grind their way up to 20. (Strossen says the program isn’t the same if modified or based around a deadlift.)

When weight and volume are set to max, wild things happen. Strossen estimates a lifter might breathe half a dozen times between each rep towards the end, partly for rest and partly to psyche oneself up for the next rep. Throughout their heart rate stays up. Strossen estimates it’s at about max by the end of the set. The extended time under tension and intensity subjects the body’s biggest muscles to serious damage that, with proper nutrition and rest (something in the 4500-calorie range, with plenty of protein; Strossen’s book prescribes lots of milk) builds up serious muscle.

Training both intensity and volume also builds up what Strossen calls a mental advantage. Getting to the 20th rep every week helps “you learn that you can exceed what you thought you were capable of,” which is a transferable skill outside the gym. The mental training tied into Strossen’s research interests — he wrote his PhD thesis at Stanford on visual perspective and fear reduction — and synthesizes them. The “very effective” visualization techniques that he says psychologists lean on get cleanly expressed in this type of grueling workout. There are real analogs in strength literature of how concentration and nearly impossible weights help people get stronger—and tougher.

Comparing to Oly — Strossen, a preeminent chronicler of Olympic weightlifting, has collected some of the best lifting footage from the ‘80s and ‘90s and knows the sport as well as anyone stateside. So it’s curious: Olympic lifters might squat a couple of times when they train or do single reps of their competition exercises — but they never get anywhere close to Super Squats’ 20-rep number. Why is that?

The difference, Strossen says, has to do with these lifters’ goals. The Olympic lifters Strossen covered are at their peak weight, and skill level. They practice their competition lifts in single reps because they only lift them once in competition; they’d only squat 20 reps if they were jumping up a weight class. While Super Squats pushes a squat total, it’s really for bulking up quickly. It’s not for world-class lifters, but for strong ones with long training histories who want to get much stronger and bigger and less afraid of weights they can’t move.

Which comes back to a lifter’s goals. To build up endurance and size, we should do higher reps. To maximize our strength potential, or to become familiar with brutal poundages, we should up the weight on the bar. And, if we want, we can do both. We can serve two masters — just not for a very long time.