"The bigger the gap, the more difficult the goal." 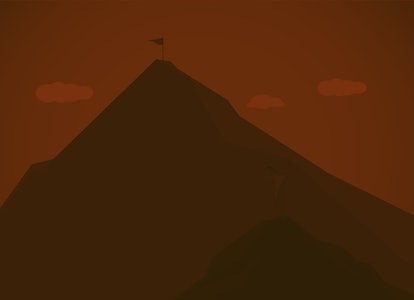 It can be challenging to accomplish goals, especially those set at the beginning of the new year. Fortunately, there are things you can do to make your success more likely, according to science.

As we head into the second quarter of 2020, here are three science-approved strategies that will help you accomplish your goals.

3. Focus on the effort

According to research published in the journal Behavioural Brain Research, people tend to be motivated by rewards when they first set a goal. Then, once they start putting their plans to accomplish these goals into action, the focus falls on the difficulty of the effort they need to put in. This is a mistake, the researchers said.

To come to their conclusion, the scientists at Queen Mary University of London conducted two experiments that involved both physical and mental efforts. Participants were tasked with squeezing a joystick to measure physical effort and had to solve simple mathematical equations as a gauge of mental effort. Different options that combined either high or low effort with high or low financial reward were offered to participants. The participants tended to choose based on financial rewards, but their performance was determined by the actual amount of effort they needed to exert. Results were similar for both the physical and mental effort-based experiments.

“If we aren’t careful, our plans can be informed by unrealistic expectations because we pay too much attention to the rewards,” said Dr. Magda Osman, a co-author of the study. “Then when we face the reality of our choices, we realize the effort is too much and give up.

"For example, getting up early to exercise for a new healthy lifestyle might seem like a good choice when we decide on our New Year’s resolutions, but once your alarm goes off on a cold January morning, the rewards aren’t enough to get you up and out of bed.”

So when you set your next goal, focus on the effort you need to see it through, rather than the possible rewards.

2. Be ambitious with goals

If you’re happy with where you currently are, whether that’s in business, health, or anything else, you may be tempted to set maintenance goals. But a 2018 paper in Organizational Behavior and Human Decision Processes warns against that.

“When evaluating goal difficulty, our brain first considers the gap between the starting point and the desired state. Usually, the bigger the gap, the more difficult the goal,” said study co-author Amitava Chattopadhyay. “However, if there is no gap to speak of, as in the case of a status quo goal, the brain starts scanning the context, anticipating potential reasons for failure.”

Essentially, these status quo goals are tinged by a negativity bias. So in the case of maintaining your weight, you may look at factors such as a high workload that causes you to eat out a lot, an abundance of work trips, or the opening of a new donut shop, according to the researchers.

The researchers conducted six studies and found that participants rated goals that involved a modest increment as easier than those involved in maintaining the status quo.

So go ahead and put in the effort for growth, even if it’s just a small improvement.

1. Hold off on backup plans

Backup plans are a logical way to deal with setbacks while pursuing your goals. But there’s a risk to thoroughly developing a backup plan, according to research from the Wisconsin School of Business at the University of Wisconsin-Madison.

In a series of laboratory experiments, participants were tasked with unscrambling sentences. The reward was a free snack or the chance to leave the study early if they performed well. Some participants were instructed to think of other ways they could get free food on campus or save time later in the day in case they didn’t do the tasks well. This backup plan group performed lower on the task, and a follow-up experiment revealed the reason behind this gap was a diminished desire for goal success.

The researchers said these results don’t mean you shouldn’t have backup plans; you should just be more strategic about them.

“You might want to wait until you have done everything you can to achieve your primary goal first,” co-author Jihae Shin said.

When pursuing a goal, making a backup plan has many benefits, including reducing the psychological discomfort associated with uncertainty. However, we suggest that making a backup plan can also have negative effects. Specifically, we propose that the mere act of thinking through a backup plan can reduce performance on your primary goal by decreasing your desire for goal achievement. In three experimental studies, we find that individuals randomly assigned to think through a backup plan subsequently performed worse on their primary goal (Studies 1–3). We further show that this effect is mediated by study participants’ decreased desire to attain their primary goal (Study 3). This research provides a fresh perspective on plan-making, highlighting an important yet previously unexplored negative consequence of formulating plans.

More like this
Innovation
8.15.2022 1:33 AM
47 popular home upgrades people are making that are under $35 on Amazon
By Christina X. Wood
Innovation
19 hours ago
Scientists create fake leaves that generate a clean fuel source
By Sarah Wells
Innovation
16 hours ago
Can we terraform Mars? Scientists may have made a major breakthrough
By Jeff Nagle
Related Tags
Share: