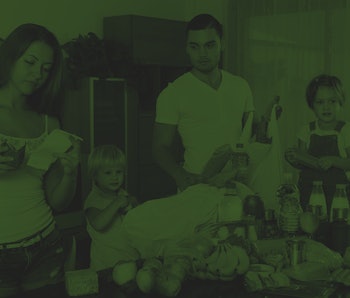 The effects of a Canadian universal basic income experiment were more positive than government officials told the public as they canceled it early, according to a new academic review of the trial, which gave 4,000 people $1,000 a month.

The experiment actually improved many participants' health, job security, and sense of community, despite the program's premature cancellation.

The report, conducted by McMaster University and Ryerson University, reviews the trial that took place between 2017 and 2019.

The experiment — As originally pitched, Ontario's basic income experiment targeted nearly 4,000 participants in the areas of Hamilton, Brantford, and Brant County. Each individual could receive up to $17,000 CAD a year (about $12,000 USD), a couple could have received up to $24,000 CAD per year (about $17,000 USD), and people with disabilities could have received an additional $6,000 CAD (about $4,000.) The one catch was that 50 cents of every dollar earned through employment would be subtracted from these basic income stipends.

The program first launched in April 2017 and was slated to run for three years to provide basic income for over 4,000 participants living on low-incomes, but officials from Ontario's Children, Community and Social Services pulled the plug early in July 2018, only a little over a year into the experiment.

While the department's Minister, Lisa McLeod, said at the time the program was being canceled because it was ineffective and expensive, this new study reveals that many participants felt positive effects from their short time in the program.

The results — In the study over 200 participants were surveyed about their quality of life and financial situation under the basic income experiment and 40 were interviewed for additional information. The survey looked at both participants who had been employed before and during the experiment as well as those who remained unemployed throughout it.

Physical and mental health — The study found a majority of those surveyed, more than two-thirds in many cases, experienced improved physical and mental health as a result of receiving their monthly basic income stipend. In particular, participants reported feeling less anxious about where they would find their next meal and had the flexibility to make healthier choices when grocery shopping.

A 61-year-old grandmother interviewed for the study said the money allowed her to rely less on her daughter and spend time with her granddaughter while making a healthy meal together.

"Usually when my granddaughter visits, I would have to ask my daughter to send you know money or certain kinds of foods with her so that we could prepare a meal together because I couldn’t afford to do that," the grandmother says in the report. "I didn’t have to ask my daughter that on basic income. I could take care of it myself. I could take my granddaughter to the grocery store and we could shop together, and buy good quality foods, not junk because we don’t eat like that, but good food and then we would come home and create a nice meal together.”

The survey also found that most participants reported the health of their children improving under this experiment as well and a decreased dependence on community services like the ER or food banks.

According to one 24-year-old man who returned to school, the income allowed him to leave a job in which he'd previously attempted suicide.

"My motivation for higher paying work stems from a motivation to escape work of the sort I was forced to engage in. ... I have attempted to end my own life on three occasions in the five years I’ve spent employed in those situations, and consider the completion of my university education to be a means of avoiding danger just as much as I consider it a means to achieving a better life.”

Now what? — While this limited trial is too small and short to make any definitive claims about the benefits of universal basic income, it does show that these programs are working much better than officials might have us think. And beyond everyday stability, basic income could also help stabilize and provide for communities during global economy shaking events like COVID-19.

Brought to common knowledge this past year in the U.S. by former presidential candidate Andrew Yang, universal basic income is the concept that governments should provide basic financial support to its residents. In theory, this stipend would lessen the burden on those struggling to make ends meet by ensuring food and housing security.

While this sounds appealing on its face, opponents of basic income aren't so sure. Arguments against the plan range from fears of money hoarding and drops in and employment to more nuanced concerns about systematic issues that money can't solve.

More like this
Innovation
8.17.2022 6:15 PM
Can we terraform Mars? Scientists may have made a major breakthrough
By Jeff Nagle
Innovation
8.17.2022 3:05 PM
Scientists create fake leaves that generate a clean fuel source
By Sarah Wells
Innovation
8.14.2022 10:00 PM
60 years ago, an iconoclast designer revealed a fix for our biggest tech problem
By Tim Gorichanaz and The Conversation
Related Tags
Share: