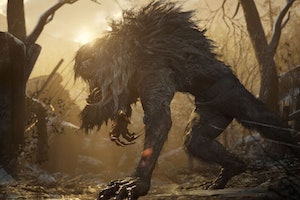 The Resident Evil 9 hype train is now at full speed. Now that players have gotten deep into Resident Evil Village, excitement for a sequel is already out in full force. Players are dying to know what’s in store for the Winters family, especially after Village’s tantalizing tease of what’s to come.

But there’s a more pressing question to answer: what will the title be? Resident Evil 7 carefully slid a roman numeral “VII” into the world Evil, while Village did the same with “VIII.” It’s only natural that RE9 will find a way to slide IX into its name, right? Luckily, there are plenty of options here ... some better than others. Here are nine guesses about what the sequel will be called.

Some of these are going to dive into spoiler territory, so proceed with caution.

If you’ve beaten RE Village, you know things don’t end well for Ethan Winters. He blows himself up in order to destroy Mother Miranda and appears to be dead. Of course, we know that Ethan has regenerative properties capable of bringing him back from the dead because he’s made of supernatural Mold. Could Ethan rise from the literal ashes of the village and be reborn? Hmm, if only there was a mythical creature that captured that idea ...

The body horror imagery related to the organ here is too much to pass up. Though perhaps this would make more sense as the title of a Game of the Year edition that collects all of RE9’s DLC down the line. Either that or Appendix could be the name to some kind of supplement to the next entry — or it would fit if it were some kind of spinoff to the sub series that’s been created with RE7 and RE8.

This one’s a bit of a no-brainer. At the end of Village, Chris Redfield heads off to BSAA headquarters to find out why it sent living biological weapons to the village. There’s clearly another connection to something like the T-Virus here, so Helix could play off of DNA imagery and give us a bio-thriller.

At a fundamental level, the T-Virus alters the host’s DNA. As we all know, the structure of DNA is a double helix.

Village had its fair share of religious themes thanks to Mother Miranda, so the door is certainly open for a sequel to go deep into that. With Rose Winters set up as a hero for RE9, perhaps we could get a story about her infiltrating another religious cult with ties to Mother Miranda?

Considering how much 7 and Village like mutilating hands, Crucifixion seems like a natural fit for whatever may or may not happen next.

Resident Evil’s naming convention has taken a goofy turn with Village, so why not go full Kingdom Hearts? Give me Resident Evil 9.2 RemIX Prologue: Winter’s Tale X2. But a “Remix” title could also reference an alternate timeline to rewrite certain events from the series.

With Lady Dimitrescu as popular as she is, it feels like Capcom might be itching to bring her back. It wouldn’t be surprising to see the Resident Evil team really lean into the internet’s thirst by making her the real big bad of RE9 and throwing “Vixen” in as a subtitle.

Alternatively, “Vixen” could conceivably be some kind of codename for the adult Rose, who now works for Chris as some kind of supernatural agent.

The Resident Evil series has become a sort of anthology of horror movie send-ups over the years. Village gets into some techno-horror with Heisenberg’s lair, but that could go even further. We’d love to see a full-on David Cronenberg send up ala Videodrome that dives into virtual space a la The Matrix. But the term “Matrix” could conceivably refer to all sorts of genre concepts, so the possibilities are endless here.

We would love to know more about this magic juice that Ethan Winters uses to glue his limbs back together and stitch his clothing back together. This panacea remains quite mysterious, and as various kinds of infections might spread in the future of this universe, maybe some kind of “Elixir” cure is the focus of the next game?

Pretty sure this one hasn’t been done yet. But in all seriousness, a Resident Evil SIX could involve a cast of six core characters in a sweeping tale that also serves as a direct follow-up to the tale of Ethan Winters. Besides, the original Resident Evil 6 is ranked as one of the all-time worst games in the series — and it’s perhaps the single worst mainline entry in franchise history. It’s probably best to rewrite history with something better.

More like this
Gaming
Feb. 7, 2023
FF7 Rebirth Producer Just Dropped a Massive Aerith Clue
By Hayes Madsen
Gaming
Jan. 31, 2023
The Last of Us Theory Reveals a Heartbreaking Secret the Game Only Hints At
By Willa Rowe
Gaming
Jan. 31, 2023
Fire Emblem Needs To Steal a Winning Strategy From the Yakuza Games
By Hayes Madsen
LEARN SOMETHING NEW EVERY DAY.
Related Tags
Share: