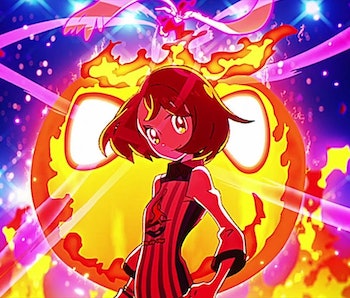 You can become the best. After completing the main story in Pokémon Sword and Shield, the world opens up. You can compete with other trainers from around the world in ranked online battles. If you win, you’ll earn points, reach new tiers, and receive rewards like Gold Bottle Caps.

The competition is fierce. If you’re up to the challenge, you’ll want to compose a squad packed with some of the best Pokémon in the game.

Rules for ranked battles shift every few weeks, but Legendary Pokémon are often banned, and Gigantamax Pokémon are severely limited. This is likely due to their superior stats. Even without them, there are plenty of powerful creatures that can catapult you to victory.

Here are six of the most commonly used Pokémon in Sword and Shield’s ranked battles.

This Dragon-Ghost type was introduced in Generation 8 and has become a competitive staple. The deadly combination of its 142 Speed and 120 Attack makes the arrow-headed dragon a valuable attackerDragapult recommended Natures are: Jolly, Naive, or Adamant. The first two will further boost its speed, while the third increases its attack.

Give it a Choice Band to ensure one-hit KOs on defensively weak Pokémon. The item will boost physical attack by 50 percent but limit Dragapult to one move. Teach Dragapult Dragon Darts, U-Turn, Fire Blast, and Draco Meteor to make the most out of its base stats.

The bunny starter Pokémon from Gen 8 has made surprising waves in the Ranked Pokémon scene. Sure, they look like they can kick their way to victory in a Soccer match, but who’d a thunk they’d also become a boon in ranked battles. Using its impressively high stats like speed and attack, Cinderace is a menace. They’re able to dish out damage quickly and effectively.

You’re going to want to equip your Cinderace with four moves:

To further enable using Court Change with Cinderace, equip it with Heavy-Duty Boot, which blocks most negative effects from field moves like Stealth Rock.

The Ghost-Fairy type is immune to Dragon-type attacks, and its Disguise ability protects it from one attack per battle. This allows players to set up with free attack-boosting moves like Sword Dance.

Its recommended Natures are Adamant and Jolly. The first will boost its relatively low base attack, while the second compliments its strong base speed.

Give it a Life Orb to further increase its Attack by 30 percent, which combos with Sword Dance. Teach Mimikyu the following moves to make the most out of its strengths: Play Rough, Shadow Sneak, Sword Dance, and Will-O-Wisp.

Toxtricity’s unique Poison-Electric typing gives it access to a wide array of moves, like Toxic, that make him especially effective against powerful Water-types like Dracovish. It can also learn Gear Shift, a rare move that increases its Attack by one stage and its Speed by two, making it a powerful sweeper.

Its recommended Natures are: Timid, Adamant, Modest, or Mild.

Give it Choice Specs to greatly boost its special attack, in exchange for only letting it use one move. You’ll want to teach Toxtricity Discharge, Sludge Bomb, Boomburst, and Volt Switch.

The main draw to Galarian Darmanitan is its Zen Mode hidden ability, which causes it to become a Fire-type with 160 Attack and 135 Speed when it’s brought below 50 percent health. This is complemented by its normal ability, Gorilla Tactics, which acts as a free Choice Band, making the Ice and Fire-type highly lethal.

It’s recommended Nature is Jolly to boost its 81 Speed, which is often not enough to go first. Give it a Choice Scarf to further boost its speed, as its Gorilla Tactics ability already increases its attack. Teach Galarian Darmanitan Flare Blitz, Icicle Crash, Earthquake, and U-Turn to get the most out of him.

The Flying-Steel type fills the role of a powerful defender when going up against formidable opponents like Dragapult. Teaching it moves like Iron Defense and Roost can soak up damage to effectively wait out a Dynamax state and let you counter later in the battle. It’s recommended that you search for one with Nature is Impish to boost its physical defenses further.

Give it Leftovers to let it gradually increase its HP in battle. Teach Corviknight Roost, Iron Defense, Brave Bird, and Substitute to make it an absolute tank.

Pokémon Sword and Shield is available on Nintendo Switch.

This article was originally published on Dec. 2, 2019