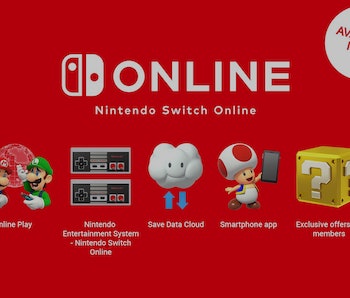 This article about a worldwide outage of Nintendo Switch Online was originally published on March 17, 2020 and updated on March 19, 2022 after the issue was resolved. Read on for the original article, with some new changes to reflect the latest updates on this topic.

If you’re looking for a good, joyous time, Nintendo Switch Online is usually there to provide a place to connect with pals over Smash Bros. Ultimate or make new friends via Tetris 99. Unfortunately, numerous players occasionally report that they’re unable to connect to any of Nintendo’s online services.

Plenty of gamers are probably asking themselves, “What is Error Code 2813-9712?” Does it mean that Nintendo Switch Online is actually down, or do folks just need to reset their router? Here’s what you need to know.

Multiple users have reported receiving Error Code 2813-9712 when attempting to connect to Nintendo’s eShop since early morning on Tuesday, March 17, 2020, at 4:56 a.m. Eastern.

Per Nintendo’s website for this particular error code: “This error indicates the Nintendo eShop has timed out due to inactivity, or that there is a temporary service outage related to Nintendo eShop on Nintendo Switch.”

Their suggestion to fix the problem is to either check if Nintendo Switch Online is down or continue attempting to connect until it happens. In the case of March 17, the error is entirely on Nintendo’s end, so there’s nothing players can do until the company fixes whatever this issue is.

If you’re currently dealing with other error codes, there’s a fantastic resource on Nintendo’s website that has a catalog of all codes, making it far easier to diagnose any specific issue and fix it without Nintendo’s intervention.

Is Nintendo Switch Online down?

Nintendo Switch Online is down for everyone worldwide as of March 17. If ever in doubt, anyone can check Nintendo’s website, which will always confirm if a server is objectively down or if your ISP is simply not working correctly. As of this writing, the website says that all Nintendo online services are down across every platform, including Switch, Wii U, and 3DS.

You can also access a more detailed report through the website Down Detector. Unlike the official site, Down Detector includes user testimonials and a full timeline for how long the outage has been affecting users. You can also use Down Detector to check the status of other major gaming networks like PSN and Xbox Live.

The most recent update to the website, which occurred on March 17 at 1:56 a.m. Pacific, reads, “Unable to connect to the network service. Please try again later. We apologize for any inconvenience this may cause.”

This means anything requiring internet on your Switch is impossible until this issue is remedied.

When will Nintendo Switch Online be back up?

There’s no current time for when the service should be expected to return. Still, Nintendo’s Japanese Twitter account has stated that they’re currently investigating the matter and apologized for any inconvenience caused, and most Nintendo social media accounts on different continents and countries have shared a similar message. The company updated the tweet thread regarding this matter twice and will likely update it again once the service is back in full swing.

Per Inverse’s testing, Nintendo’s online service remains down on all fronts at 1:47 p.m. Eastern.

The cause of the outage is currently unknown, so it’s difficult to estimate when the service will be back up officially. Most gamers might assume that it has something to do with the servers being overwhelmed by folks practicing social distancing and voluntary quarantines in light of the coronavirus pandemic, but that remains unconfirmed by Nintendo in any official capacity.

In the meantime, show some love to your favorite single-player titles and mentally prepare for Animal Crossing: New Horizon’s release on March 20.

This article was originally published on March 17, 2020