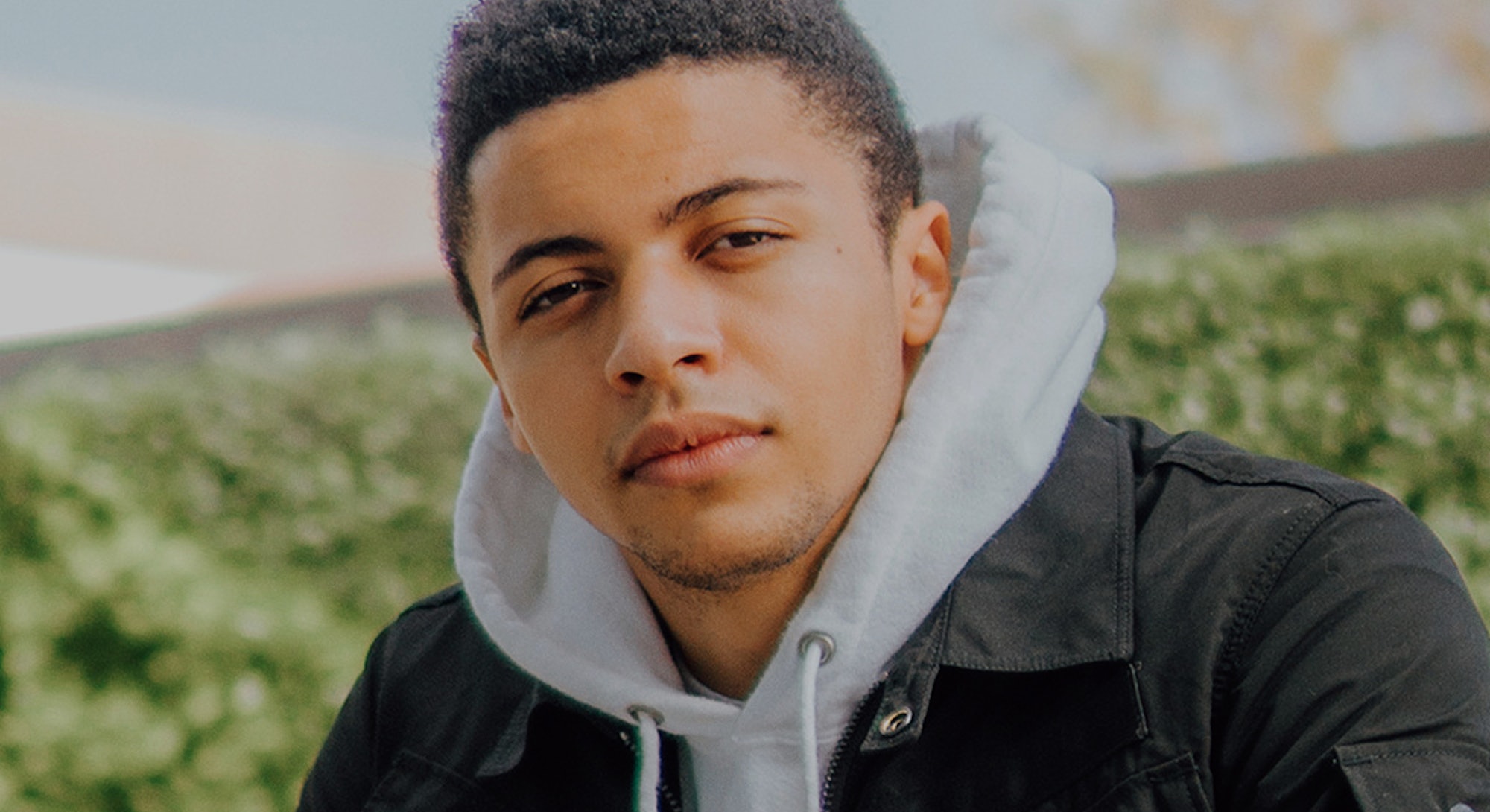 Ali Kabbani is the most upbeat streamer around.

Known online as Myth to his 4.56 million YouTube subscribers, Kabbani rose to fame on Twitch as the popularity of Fortnite reached its peak in 2018, becoming the second-most followed streamer on the platform at the time. Carving out his niche in a sea of spikey-haired, shooter-playing trash-talkers, the 23-year-old has built a devoted audience by combining his gaming skills with undeniable charm. One of the founding members of TSM’s Fortnite team, his ability to build forts? at a rapid pace set the bar for the game’s early competitive scene.

Kabbani’s journey to online prominence has not been so smooth, however. When the popularity of Fortnite ebbed around 2021, so did his audience numbers. When TSM’s Fortnite roster failed to live up to expectations and didn’t secure a single tournament win, Kabbani tweeted that his performance was affected by a deluge of negative comments online, primarily from toxic “fans” who refuse to let him live down his losses. But he’s persevered, shutting the haters down on Twitter whenever the din got too noisy.

With his recent move to YouTube and break with TSM, Kabbani is working to make his community one he is proud to represent. He’s gone on to excel at games like Valorant and Fall Guys, playing with massively popular content creators like Hasan Piker and Imane ‘Pokimane’ Anys.

And he hasn’t let the changing whims of the algorithm get him down.

“That's in our human nature, to try to be happy even when things are looking rough and looking down,” Kabbani told Inverse. “At the end of the day, everybody tries finding a bit of happiness, and I try finding it too.

Kabbani spoke to Inverse about his optimistic approach, his evolution as a streamer, and what it has been like moving to YouTube.

This interview has been lightly edited for clarity and brevity.

Kabbani: I try to provide content where gaming and entertainment meet in the middle. I'm really focused on being somebody that's good at games, but there's personality and color behind it.

It's more about having a good time, along with trying to be a good gamer or putting up high scores. Just being somebody that they could come to if they're having a hard day or a rough time.

How do you separate your personal life from being an entertainer?

Going live is part of my day, and it's something that I look forward to most of the time.

Being able to answer questions from my audience, help them out with their days, and give people advice, is this mini escape in my day. That makes it easy to put away the stuff that's going on in my personal life and shelf it to the side.

“You really have to love yourself in this industry to be able to bounce back from the hate and the rhetoric.”

How long have you been streaming multiple days a week?

Since the beginning of everything! So pushing on six years.

Has it just become molded into your routine at this point?

My gym schedule moves around it… everything revolves and rotates around going live. So socializing plays around it as well. Nothing takes priority over that.

Covid was the wake-up call of like, ‘Hey, you need to figure out how to live with yourself.’ So I picked up a lot of things during that time.

What do you mean by “live with yourself”?

You had a lot of time to realize how you're spending your time — you're not able to go outside, you're not able to do much. I moved into an apartment alone, so there were even fewer distractions to stop me from looking at myself and realizing how I'm spending my time.

I had to figure out what makes me happy and go through a process of trying out new things after I click that offline button after I stop streaming. And I found all these really great things like reading, rock climbing, and hiking. All those things have added great value to my life, and it's in part because of spending that time looking at myself.

Do you try to find the time to be happy, even when surrounded by the doomerism of the digital culture space?

That's in our human nature, to try to be happy even when things are looking rough and looking down. Even with this doomerism going around, even though that's wildly expressed online, people still try to find the things that make them happy and try to be in pursuit of it. Because if you're not, then what's the point of living at that point? Everybody tries to find a bit of happiness, and I try to find it too.

Even though you open up your fucking phone or news outlets throughout the past two years and it's like, ‘god damn, what is the point?’ But I've really developed a healthy relationship with getting off of my phone and trying to ground myself with people and the community around me. At the end of the day, if you just sit there looking at your phone all day, at all the bad news, you're going to go crazy.

You’re a fairly optimistic streamer. How did you come to that mindset?

You just stop looking at others in a jealous sense. I went on a social media cleanse because there was a moment in time when I was looking at my feed and I was getting mad looking at other people and seeing what they were doing. I stopped using [social media] for a solid month and really thought about what it is that's going wrong here.

At the end of the day, it's a lack of self-love. You really have to love yourself in this industry to be able to bounce back from the hate and the rhetoric. And thankfully, I've been able to develop a very good foundation for self-love and self-confidence. I'm at a point now where you really can't say anything to me anymore without me instantly knowing that you're just hating or just saying some stuff. It really doesn't impact me nowadays.

“Twitch has something to worry about here.”

You recently made the move over to YouTube. How are you feeling about it?

I feel really good with the transition over to YouTube. It’s given me an opportunity that I wasn't given during my initial blow-up with Fortnite, and that's being able to craft and build and be around a community of people that I actually want to be around in this space. And even if that means starting from a smaller number, I've genuinely had such a fun time so far streaming on YouTube because everyone that's in that stream for the most part wants to be there.

Why do you think so many streamers are leaving Twitch for YouTube?

Outside of just what's monetarily available, we all view YouTube as a very viable platform. When you have an opportunity to go to another really strong platform that has a lot of things going for them, the only question after that is like, ‘Why not? Why am I not going over?’

Do you think Twitch is going to be able to maintain its position, given that they're losing so many people? Or is this more just a fad until YouTube's money runs out?

I don't think it's a fad, personally. Twitch is going to have a lot of problems. The number one thing that Twitch has going for them is culture. But there's no technology there that intrinsically makes Twitch special or not competitive. Culture can develop on YouTube, and technology will soon follow suit. I genuinely think YouTube is a very, very strong competitor and Twitch has something to worry about here. It's not just a fad.

Do you find yourself still floating over to Twitch to watch other people?

A content creator is a content creator. I'm not going to stop watching somebody because I'm on YouTube now. A lot of my friends are over on Twitch, and I still tune into their streams.