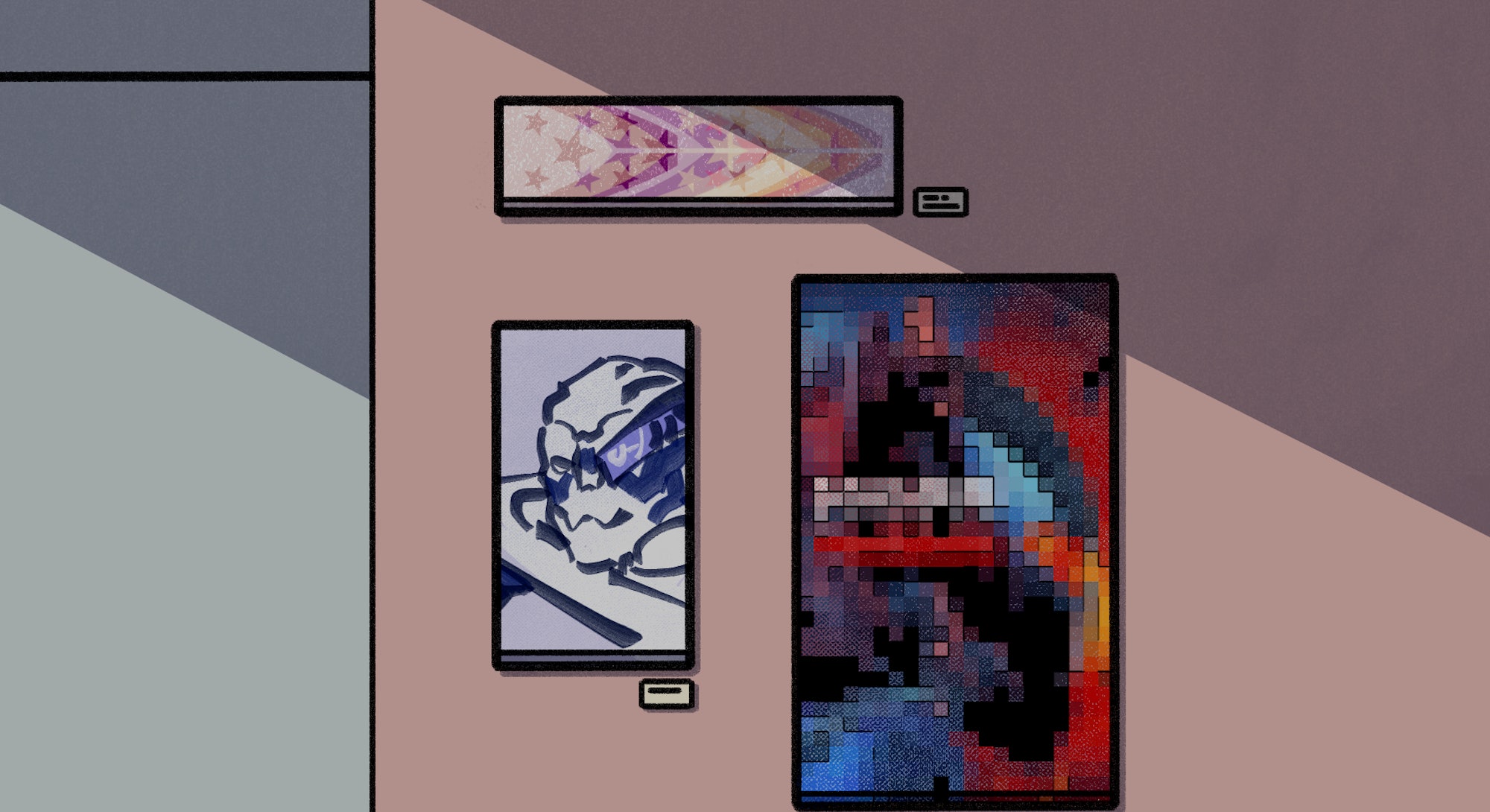 The Mass Effect series is considered one of the greatest franchises in all of gaming history.

Since its debut in 2007, Mass Effect’s imaginative sci-fi universe has captured the hearts and minds of millions. Fifteen years later, the Mass Effect trilogy is getting remastered for modern consoles, giving an entirely new generation the chance to experience Commander Shepard’s story.

Mass Effect Legendary Edition brings visual enhancements, technical improvements, and gameplay adjustments to the first three mainline games in the series. After the original trilogy ended, the series tried to explore other stories with 2017’s Mass Effect: Andromeda. Though that game met with mixed reviews from fans and critics, the anticipation for the trilogy remaster has reached a fever pitch.

“For me, Mass Effect is about player expression and shaping the character of Commander Shepard into an in-game representation of you and your values, and watching the ramifications of that carry through three games,” Kenneth Shepard tells Inverse.

He is a co-host of Normandy FM, formerly a retro BioWare games podcast that now surveys retro gaming more broadly. The show’s name is a callback to Commander Shepard’s ship, the Normandy. (The shared surname is just a coincidence.)

Shepard notes Mass Effect is his favorite series of games and that there hasn’t really been anything like it since, which is why he thinks so many people are so excited about revisiting it.

“It didn't nail every consequence and moment perfectly, but nothing's really aspired to its ambitions. I'm hopeful that a second pass at these games will inspire someone to try something on its scale again,” he continues.

How did we get here?

Mike Filipiak works as a Mass Effect Wiki representative, which means he helps maintain the leading online fan resource for the series' lore. Filipiak was in his second year of university pursuing a law degree when the first game was released in 2007.

“It provided me with a welcome diversion from poring over legal acts and handbooks,” he recalls.

Thankfully it didn’t endanger his studies, and the rich and complex setting kept him hooked. He loves intricate universes and lore, a result of his passion for history. Mass Effect had that in spades.

“My greatest expectation is to be able to experience the trilogy again with less hassle and backtracking,” Filipiak explains. “The very first game is guilty of this the most, particularly the one enemy that makes Saren and Sovereign pale in comparison: elevators.”

He’s referencing the meme surrounding Mass Effect’s loading times in the central hub called the Citadel. The elevator sequences in the first game were painfully long, made all the worse by long stretches of silence. In the remaster, the loading times have been significantly reduced, and to preserve the same experience, dialogue with your squadmates has been programmed to activate quicker.

“We need to explore all the things. All of them.”

“I played the first game on release on Xbox and I was hooked from the jump. The world, the characters, the acting, everything was so rich and so well done,” says actor and director Lee Shorten. “I was so invested in Shepard’s fight to save the galaxy that I forgave the elevator loading screens.”

Shepard was 15 years old when the first game launched. He spent hours on BioWare's Social Network, getting lost in the universe. Social media advancements of recent years make it possible to experience the games communally like never before. After all, the trilogy debuted before consoles had built-in screenshot functions, so the simple act of showing people what your Shepard looked like was quite the hassle.

“Watching people create their own versions of the character, exist in that universe, and share how different our experiences are is what's appealing about most BioWare games. So I'm looking forward to being able to do that again,” he explains.

Fans are also eager to revisit the series’ beloved companions. Commander Shepard recruits numerous squadmates throughout the three games, and these relationships make each person’s playthrough feel even more memorable and unique. This was a highlight of the series for Shorten, whose favorites include Tali’Zorah, Thane Krios, Legion, and Mordin Solus.

Shepard has written extensively about Kaidan Alenko and how important this character was to him as a gay man. In the games, Commander Shepard can pursue relationships with their squadmates, but they were often limited to heterosexual ones.

Shepard explains, “I'd like to think the series has had enough time to have learned lessons from the trilogy and Andromeda that same-sex relationships should be given the same level of care as any others.” He hopes the series can improve its portrayal of queer romances, particularly between male characters, going forward.

What’s next for Mass Effect?

Even though Mass Effect Legendary Edition has only just come out, there’s already a new Mass Effect game in the works. Filipiak hopes to see a story that isn’t centered around saving the universe from a great evil for the millionth time.

“Power fantasy is great and has its place, but after four games’ worth of universe-saving shenanigans, it’d be nice to have a more personal story,” he continues. “Saving the world once feels good. Saving it a dozen times turns it into a day job.”

Filipiak maintains that Mass Effect is at its best when it focuses on the relationships between people. There’s a reason why the most memorable moments in the series are so closely tied with Commander Shepard’s crew.

He hardly remembers the different color-coded endings in Mass Effect 3 that wrapped up the trilogy. However, he has no trouble recalling the emotional beats of Wrex’s story on Tuchanka and restoring hope for the Krogan race, or reconciling the Quarians and the Geth.

“I hope whatever's coming next for Mass Effect is respectful of the pillars that kept the first four games afloat,” says Shepard. “I hope it continues to treat player interpretation and choice as a paramount value in its design.”

“I want a TV series and I want a new trilogy.”

Shorten says he wants the series to be explored as much as possible: “I want a TV series and I want a new trilogy. The Mass Effect universe is just so rich; we need to explore all the things. All of them.”

There are also some worries about whether the remastered trilogy will reignite debates about Mass Effect 3's ending, which wasn’t well-received back in 2012.

Shorten adds, “In my honest opinion, Mass Effect was one of the best RPGs of all time. I know that [3’s] ending was somewhat controversial, but it’s all about the journey, you know?”

How will Mass Effect Legendary Edition land with old fans and series newcomers? We’ll find out in the weeks ahead.

THE DROP is a series from Inverse that highlights the best, freshest, and most forward-thinking releases in entertainment and gaming.