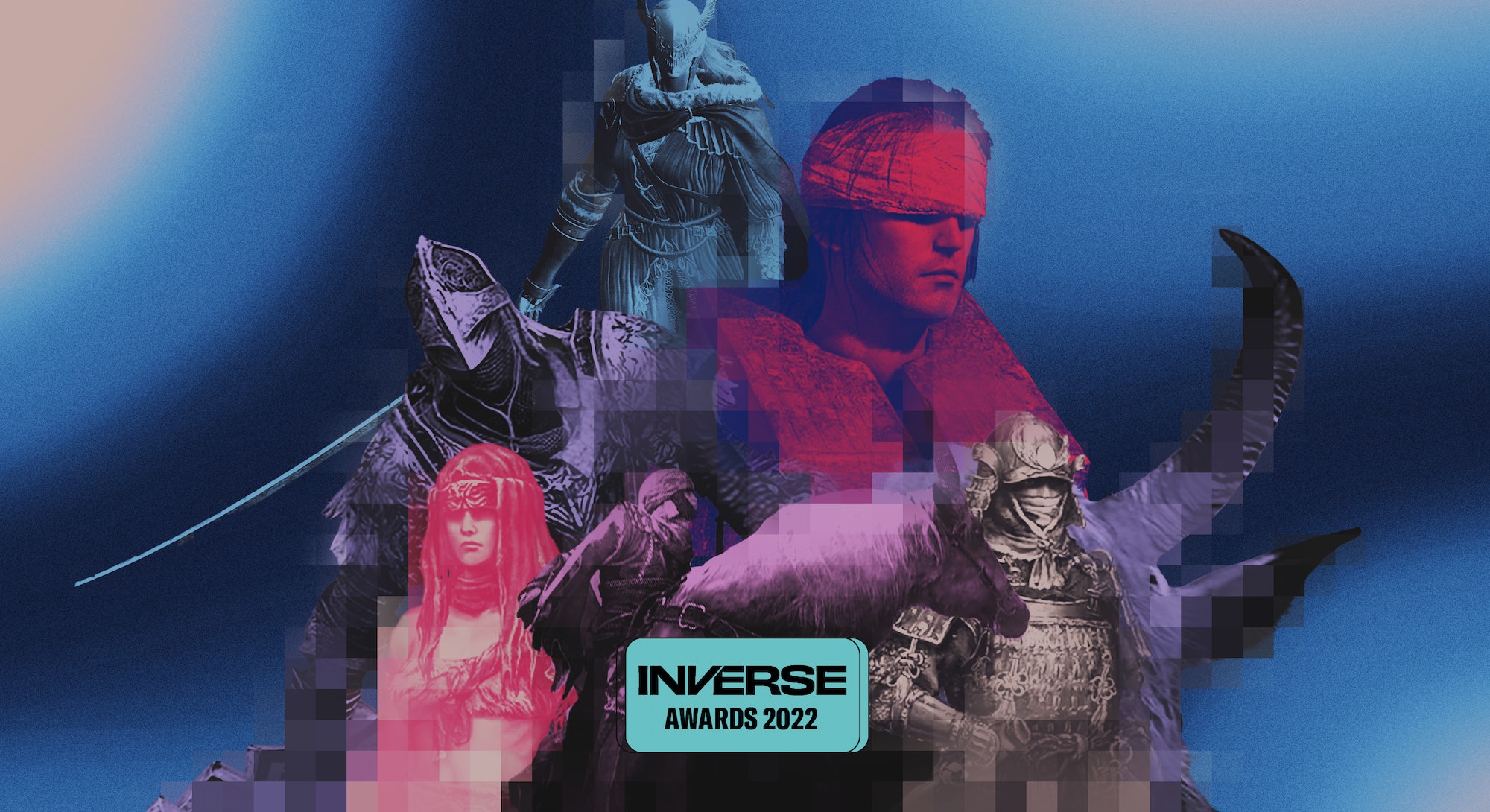 This year’s Game of the Year contest was all sewn up just six weeks into 2022. Elden Ring is one of the rare games to truly transcend the nerd-o-sphere and become a bonafide cultural phenomenon. Even The New York Times wrote about it (awkwardly). As of mid-November, it had sold more than 17.5 million copies worldwide.

But there’s one reason the game’s uncontested greatness is a mixed blessing. Elden Ring is too long and too hard for the majority of casual (and even not-so-casual) players. And its inescapable acclaim could wrongly convince some folks that games just aren’t for them.

There are several compelling reasons Elden Ring deserves all the praise that’s been tossed its way like Mardi Gras beads from tipsy revelers. The first and most persuasive is its world. It’s no secret that many open-world games can sag under the weight of big, empty maps that too often reduce gameplay to a series of interconnected checklists. Elden Ring does not suffer from this issue.

The Lands Between are staggering in their immensity and intricacy. There are a million wonderful ways to meet your maker in Limgrave, the game’s opening region, alone. Hidden dungeons contain their own hidden sub-dungeons. An ordinary tomb gives way to an expansive realm of caverns with a star-spotted sky. Unlike most games, you can actually visit everything you see far in the distance — the looming, golden Erdtree, the spindly tower on a jagged cliff, the trundling trolls dragging a wagon. And you can see all of it, or at least attempt to, pretty much right from the start. There’s no set order in which you have to do things.

Elden Ring also succeeds due to an enormous show of confidence by developer FromSoftware. This is a game that is wholly unafraid to let you miss stuff. On the contrary, it’s all but impossible to truly see and do everything without the aid of numerous detailed guides, or better still, talking with friends or strangers who are also exploring the Lands Between. To give you a sense of just how much there is to do, the official player’s guide clocks in at nearly five pounds and more than five hundred pages. The second volume, of similar heft, won’t be out until March 2023, more than a year after the game’s debut.

In addition to being full of secrets, Elden Ring is punishingly hard, and there are no options to vary the difficulty. Right after leaving the tutorial area, there is a challenging mini-boss fight that you can attempt immediately — and most players will — but you will get your ass handed to you in seconds. It can take hours of grinding to improve your character’s stats and equipment enough to take this guy down, let alone the first actual boss.

FromSoftware’s previous games, like the Dark Souls series and 2019’s Sekiro, also do not include difficulty options. It’s become a hallmark of the studio’s games. Elden Ring director Hidetaka Miyazaki acknowledged as much in a January interview with the official PlayStation blog, while maintaining that open-ended gameplay makes the difficulty more manageable.

“While we offer games with a high level of challenge, we design them in a way that feels fulfilling to overcome,” Miyazaki explained. “But I don’t want new players to worry or stress about that difficulty too much.”

The inescapability of Elden Ring in the early months of 2022 likely lured in both lapsed gamers and people who hardly ever play at all. In theory, this is fantastic.

In practice, a game that’s both extraordinarily long and extraordinarily difficult probably isn’t the best way to dip a toe in the pond. In almost every aspect of its design, Elden Ring is deliberately not a newcomer-friendly experience. Think of it this way: if a friend or sibling told you they wanted to “get into games,” you probably wouldn’t recommend that they start with this one. Just like you wouldn’t tell someone who wanted to “get into reading” to start with Finnegan’s Wake.

The difficulty of Elden Ring isn’t necessarily an accessibility barrier. Back in May, Inverse contributor Grant Stoner spoke with numerous disabled players who had conquered the game by using character builds tailored to their unique playstyles. Nevertheless, the difficulty of Elden Ring is an approachability barrier for many players, disabled or not, and when nearly twenty million people have bought your game, customizable difficulty starts to make a lot more sense.

I haven’t actually finished Elden Ring, despite having plowed several dozen hours into it. Not even close! And I’m about as far as it gets from a “gaming newcomer,” but I’m not the only one at Inverse Towers in that situation. Senior Entertainment Writer Eric Francisco expressed his mingled awe and dissatisfaction with the game rather elegantly in a December Twitter thread.

“I don’t know how else to express it but when it comes down to it, Elden Ring — a game I acknowledge is fantastic but that I ultimately do not love and cannot finish — kind of alienated me away from gaming completely,” he wrote. “Elden Ring’s immense status sorta disillusioned me on where the hobby is going, evolving into a thing I do not recognize and do not see myself fitting in anymore. It’s like everyone loves a person I had a very bad date with and I’m left to keep it to myself.”

I suspect a lot of people feel similarly. They appreciate that FromSoftware’s latest is a singular achievement, but it feels insurmountable. And for some of those people, learning that Elden Ring is almost universally seen to be as good as gaming gets might be enough to put them off the medium entirely.

When I realized that I personally know exactly two people who have completed Elden Ring, and both of them did so for a review embargo, I took it upon myself to do a little informal poll:

Out of 53 respondents, more than 70 percent say they haven’t finished the game. And while some of them plan to go back, most don’t. I don’t think I’m wrong to assume that those numbers would be significantly different if FromSoftware gave players the option to tweak the difficulty, however slightly. Sure, it would annoy some purists. But it would encourage many more to give the game a second look.

Frankly, I’m not sure how to reconcile the idea that the year’s best game also embodies the gatekeeping tendencies of the medium’s most irritating fans. The Lands Between are a thrilling, endless expanse to explore. So it’s a shame that Elden Ring itself all too often feels like a walled garden.

INVERSE celebrates the best of the best in entertainment, gaming, science, and technology of 2022. Go to the INVERSE Awards hub.