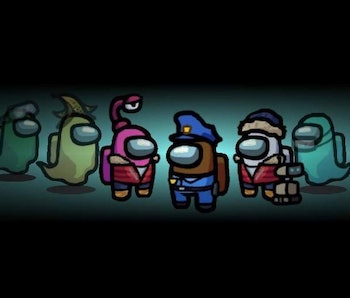 Among Us is a charming murder mystery game aboard a spaceship where you play as either a crewmate attempting to survive or a crafty murderer trying to sneakily slaughter the crew. Although it was first released in 2018, Among Us surged in popularity in 2020 alongside other jellybean character-centric games like Fall Guys.

For newcomers and veteran space voyagers alike, winning the game as a crewmate can be a challenge with the many tasks you'll need to complete to keep the ship running. Here are five tips to ensure your survival, including how to complete each of the crewmate tasks set before you.

What is Among Us?

Aboard this spaceship, there's a party of 10 astronauts. Depending on your mode, up to three of those astronauts are bloodthirsty Imposters attempting to kill the crew. It's up to the crewmates to survive and unmask the imposter. After each dead body is discovered, all living players will be notified and pulled into a voting session. Here you can accuse your fellow players of being the murderer.

Whichever player receives the most votes will be promptly ejected from the spaceship. If you're not the killer, your goal is to eliminate yourself from the suspect list. You can achieve this in a variety of ways. Each time you survive a tribunal, you'll get one step closer to bringing the killer to justice.

Here's how you can be the best Crewmate possible.

1. Complete tasks and do them quickly

When you begin a game of Among Us, you and your crewmates will be assigned numerous tasks to complete. Complete them quickly to make sure nothing is distracting your team if the Imposter can thin your numbers.

If you're doing tasks, each one can be used as an alibi when the imposter inevitably slays somebody. The imposter cannot complete tasks.

If you're close to somebody who's seemingly completing a task, make sure to watch the taskbar in the upper left corner. If the taskbar doesn't increase after somebody walks away from a task, they're probably the imposter.

Certain tasks have a visual element to them, which appears after the task has been completed. This acts as an in-game verification method to differentiate the imposter from a regular crewmate.

Watch your teammates complete tasks with visual elements to ensure they're on your side. Alternatively, you can complete these tasks with a witness present to assure your teammates you're on their side. Here's every task that verifies you and the maps they're available on.

Just as only crewmates can complete tasks, only the imposter can travel using vents.

Watch the vents, which can be found throughout the map on the ground. You've likely spotted an imposter if you see a player lingering by a vent, popping out of one, or hopping into one.

In addition to being unable to do tasks, the imposter has a kill countdown. They cannot kill two Crewmates successively without revealing themselves. If you remain in pairs, the imposter will have to reveal themselves to eliminate either person in the pair. Your traveling companion will also give you an alibi for when a body is found, further narrowing down suspects.

If four or more Crewmates are alive once you begin traveling in pairs, this will also protect your group from being too divided if the imposter attempts to split you up via sabotage.

5. Watch from the Admin room

One of the best ways to counter those scary imposters roaming your ship is by keeping a direct eye on the whole ship. Head to the Admin room to access security cameras and a detailed map showing all locations of other players. If you can keep an eye on this for a while, you might be able to spot other players doing something suspicious, possibly outing them as an Imposter.

Among Us is available on PS4, PS5, Xbox One, Xbox Series X/S, Nintendo Switch, PC, iOS, and Android.

This article was originally published on Sep. 15, 2020