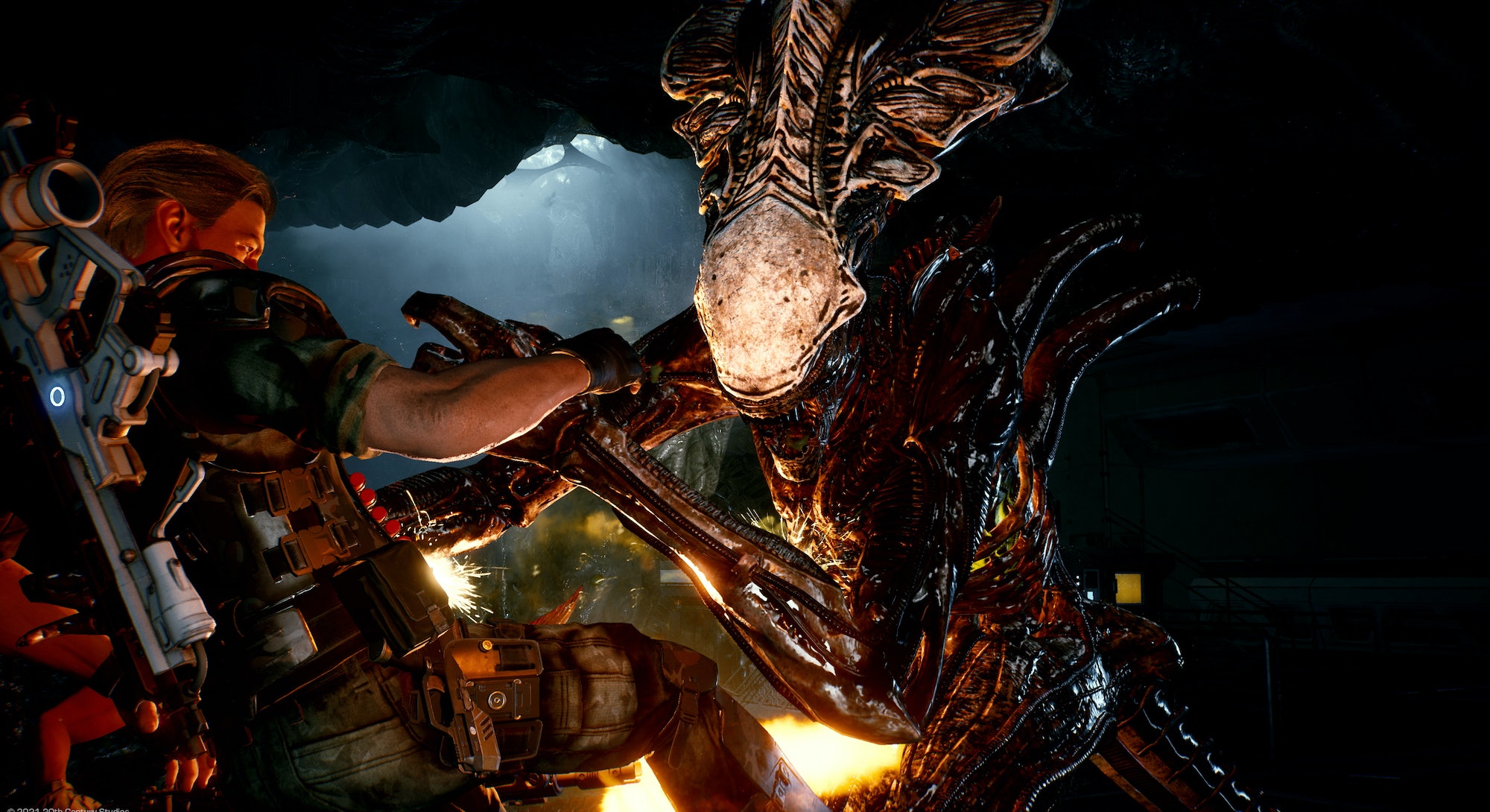 This time, it's war.

The tagline from James Cameron’s 1986 horror sequel Aliens tells you pretty much everything you need to know about the upcoming Aliens: Fireteam, developed by Cold Iron Studios.

Studio co-founder Matt Highison says there was one particular scene that sparked their vision for the game, when Sargeant Apone is rallying the Marines for an upcoming mission.

"Just imagine inhabiting the body of a colonial marine, with all the gear, all the weapons, getting ready to go on an awesome bug hunt. That’s the fantasy that we're bringing to life here," Highison tells Inverse.

Though inspired by the 1986 film, the game's four campaigns take place 23 years after the events of the original trilogy, so you won't be rehashing the same old story. You’ll be able to customize your own Colonial Marine from the boots up, choosing from a variety of weapons, gear, and perks. Five unique character classes allow for varying approaches to a given scenario, and players will have to collaborate to make the best use of their team's unique strengths.

Inverse spoke with Highison and fellow Cold Iron co-founder Craig Zinkievich about their vision for Aliens: Fireteam, keeping the game accessible to a broad range of players, and how the game’s five different combat roles keep the gameplay loop consistently fresh.

But first: How did gaming get you through the pandemic? We want to hear from you! Take this quick Inverse survey.

You've likened Aliens Fire Team to James Cameron’s approach to the franchise. Is there a particular scene that really got the ball rolling?

Highison: Near the beginning of Aliens when Apone is sitting there with all the Marines, getting them psyched up to go on their mission. As an Aliens fan, who wouldn't want to be there? Just imagine inhabiting the body of a colonial marine, with all the gear, all the weapons, getting ready to go on an awesome bug hunt. That’s the fantasy that we're bringing to life here.

The name of the ship in Fire Team is Endeavor and the board room in your office has the same name. Could you tell me why you chose it?

Zinkievich: Endeavor means a lot to Cold Iron. The USS Endeavor is the ship the Marines in the game are stationed on in the outer rim. It was also the codename for the project for a really long time, so it’s also the “endeavor” Cold Iron is doing. We ended up just thinking that that was a fantastic name for the ship, what the Marines are trying to do in the outer rim — to go out there and take on this huge challenge and overcome it. I'm also a Shackleton fan in a lot of ways, too.

Highison: It also looks really fucking cool on the side of a big battalion space cruiser, right?

How does the team balance accessibility with the desire for challenge?

Zinkievich: The survival shooter genre is a challenging genre, and that’s expected. It's not as much a vehicle for story or narrative, but that’s an area where we have kind of pushed the genre even further, to make sure that there are timing and mechanics for that.

In terms of accessibility features, we have features to accommodate color blindness, subtitles, and a few other things to make sure that it's easier for those with challenges.

Highison: If you’re interested in experiencing the narrative, playing with friends, and just casually going through the game, you could lower the difficulty and still enjoy all of that, then crank it up when you're ready.

How did you settle on three as the ideal team size for Fireteam? Were there other options that you considered?

Zinkievich: Three always felt like a really good size for the roles that we wanted, how we wanted players to work together. There was a lot of testing on either side of that, just to play around with it, to push it, to see what it felt like.

There will be five classes playable at launch. Can any trio of three work, or are some combinations more challenging?

Zinkievich: Any trio of the three does work well, and you're not limited to one of each. You can go in with three Gunners, three Demolishers, or what have you. We've done a lot of testing there, and when you go in with different loadouts it ends up being a totally different experience. An ideal loadout for one mission might be more challenging in a different environment or against a different enemy group. Balancing classes and roles like that is something the team at Cold Iron has worked on throughout our entire careers.

Highison: We want to make it really easy for players to move between classes. It's not as painful as in most RPGs, where you basically have to start over to play a different kit. But if you want to just stick with one, there's nothing stopping you.

Even within a single class kit, there's plenty of customization and ways to steer your playstyle. Obviously, from changing the weapons that you have equipped and how you customize those, but also there's a whole perk system where you can really decide like, “Hey, I'm going to be a technician, that's more about staying back and setting up defense,” or “I'm going to be a much more offensive technician that optimizes for long-range firepower and single-target damage instead of broad defense stuff.” We expect people to go broad across everything, because there's so much customization there.

What’s a game that shaped the way you think about your profession?

Highison: [Gestures eagerly toward a Crazy Taxi arcade stand-up in his home office.] That 15 seconds of fun makes a game “pick up and play”-able. That's what lets us add challenge that feels fair instead of just more artificially difficult. Crazy Taxi and embodies that to a tee. You do the same thing over and over again and it's always good — always more layers of mastery there. To take that one little building-block of fun into a much bigger experience is everything that we've ever worked on.

Zinkievich: Oh wow, I cannot bring myself to pick one. I remember my Atari for Christmas morning with my family. I remember getting my NES from my first job and playing Zelda. I just it's been a constant. Every year there is something new that comes out that's inspiring.