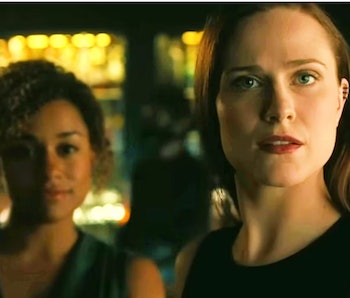 When we last wrapped our minds around the series, Dolores (Evan Rachel Wood) had perished after her brain was erased by Serac (Vincent Cassel) in his obsessive quest to find the key to the Sublime (aka, the Valley Beyond). Meanwhile, Caleb (Aaron Paul) destroyed the planet-controlling super-computer named Rehoboam to double-cross Serac and head up an uprising of humans and Hosts.

Westworld Season 4 picks up seven years later, and a lot has changed. After quelling the robot uprising, the show’s future society has seemingly moved on. Bernard has somehow gained the ability to see the future (sort of) while the Man in Black is eviler than ever. But the biggest change is Evan Rachel Wood, who returns as an apparently brand new character named Christina.

With the premiere imminent, here’s everything you need to know about Westworld Season 4, from the release date and time to who’s in the cast and where the plot might lead. Grab your bespoke, era-appropriate, brain-scanning hats, and let’s dive in.

When is the Westworld Season 4 release date?

What is the release time for Westworld Season 4?

New episodes of Westworld air at 9 p.m. Eastern on HBO and HBO Max.

How many episodes long is Westworld Season 4?

What is the plot of Westworld Season 4?

Trying to predict the labyrinthine storyline of Westworld is like trying to nail Jello to a tree, but from what we’ve gleaned in the trailers, a time jump is predicted and we might be returning to the Delos theme parks of Shogunworld, Warworld, and the Raj. Teasers offer up images of the Man in Black on horseback near that ill-fated realm of Westworld, and there’s evidence of a new Roaring Twenties park that revolves around bootlegging, gambling, and gangsters.

In between this quagmire of plot convolutions and convulsions, Caleb will certainly continue his revolution, James Marsden’s Teddy will return after his Season 2 demise, and Serac might have survived Maeve’s lethal katana attack. Whatever happens, it will no doubt shock and surprise.

Who is in the cast of Westworld Season 4?

Is there a Westworld Season 4 trailer?

Will there be a Westworld Season 5?

Though Westworld showrunners Jonathan Nolan and Lisa Joy hinted that they have enough material to stretch the series out for another two seasons, it’s mostly going to depend on how well-received this new season is after the dropoff from 2020. What’s clear is that Westworld is often a wild card and one never knows whether it’s going to zig or zag so anything is possible.