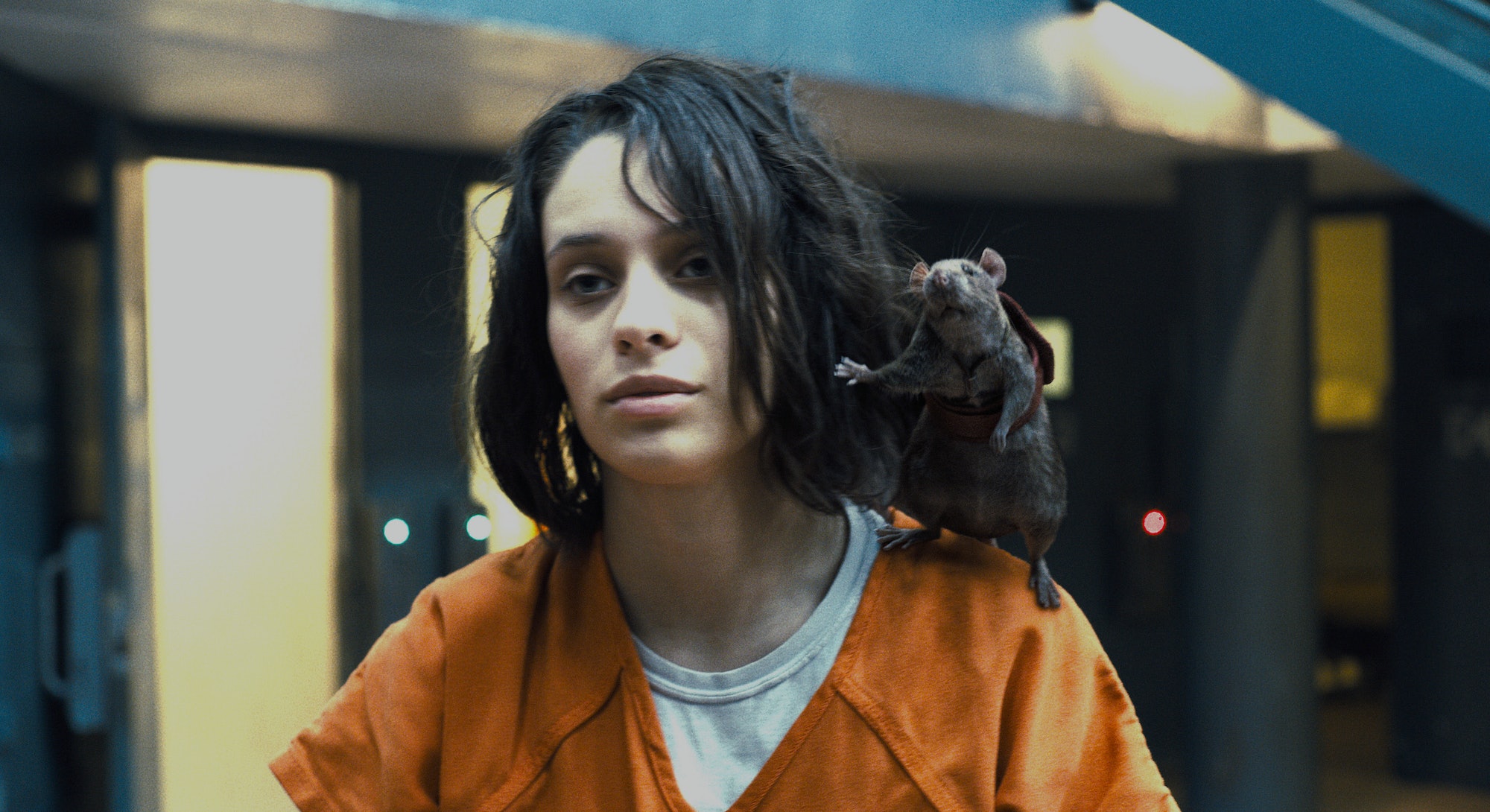 Rat lovers are a tight-knit community.

Those of us who raise and love them (as James Gunn did through his adolescence) have accepted that movies and TV shows usually cast our favorite whiskered critters as villains. That’s what makes it such a surprise that The Suicide Squad is one of the most rat-positive movies ever made.

In fact, because it asks human viewers to treat creatures and beasts with respect even if they don’t show any signs of “humanity,” it’s even more rat-positive than Ratatouille.

Many science fiction stories inject human traits into animal characters in order to endear them to us. Consider most anthropomorphized, animated Disney and Pixar characters — or Splinter from The Teenage Mutant Ninja Turtles. These characters “earn” their place in our hearts, or in human society, by demonstrating human traits. Remy wants to learn to cook, Splinter knows martial arts, and the bunny in Zootopia is, well, a cop. They rise above their natures and become something different. That’s where The Suicide Squad departs.

According to writer and director James Gunn in The Suicide Squad (and, for the record, in his “Guardians of the Galaxy” movies), animals don’t have to do anything in order to earn their place in the world. They shouldn’t be ranked on a moral scale according to how “human” their behaviors seem, in the way many of us abhor sharks and love dolphins. All of Gunn’s creatures — King Shark, Weasel, and Starro, along with all the rats and birds — are as morally complex and unique as his human anti-heroes. Like Polka Dot Man (David Dastmalchian), they were all thrown into lousy situations and can’t fully be blamed for the ways they chose to endure them.

Consider the scene in which King Shark (Sylvestor Stallone) tries to eat Ratcatcher II (Daniela Melchior). She’s the only character on the Squad who doesn’t react with anger because she’s the only one who truly understands animals and monsters. In her eyes, King Shark is not a human and therefore shouldn’t be expected to act according to human rules. She asks him if he’s ever had friends, he says no, and then she explains what a friend is. From that point on, King Shark knows not to eat his companions. But here’s the real magic: King Shark picks up new vocabulary in almost every scene that follows, and he develops as a character because someone finally met him on his level and didn’t treat him like an idiot.

King Shark is a lot like the squirrel who was featured in The New York Times several years ago for going on a “biting spree.” Eventually, researchers determined that the squirrel had become accustomed to receiving a treat when he had a human encounter. When humans unknowingly stiffed him on the deal, he gave them a nip. King Shark was taken from his natural habitat and subsequently thrown in prison when he tried to eat smaller creatures, even though he was just acting according to the social rules of his home.

It would have been easy for Gunn to write The Suicide Squad around characters whose animal traits made them freaks. But remember, this is the guy who gave us the MCU’s Rocket Raccoon, a character not wholly defined by his humanness or his raccoonness, but by his anger that humans tore him apart in the first place.

Rocket shares quite a bit with Ratcatcher, and not just because they’re both at the heart of Gunn’s two zany comic book franchises. They both know animals don’t owe us humans anything. Rocket resents being called “vermin” and tells his friends that he “didn’t ask to be made.” As Ratcatcher tells the rest of the Suicide Squad in the film’s final act, the city they’re trying to save ultimately belongs to the rats.

Our environment belonged to the animals long before we claimed it, and everything they do is simply in response to the way we’ve chopped it apart and cranked up the temperature.

To further drive his point home, Gunn shows us the opposite of what he thinks we should all do regarding animals through two of the movie’s baddies. Botto (Juan Diego) treats his pet birds well, but he clips their wings and forces them to live in a gilded cage. (That’s what he’s asking Harley to do too when he proposes marriage.) So, that’s one level of human evil — misguided, silly, and marginally harmful.

But Mateo Suárez (Joaquín Cosío) is even worse. He burns Botto’s pet birds alive, and Gunn makes us listen to them screaming off-camera for several beats. Together, these two guys embody two sides of the same coin of human cruelty. One sought out wild animals to cage them, and the other tortures them just because he can.

(In hindsight, introducing Michael Rooker’s Savant at the start of The Suicide Squad by showing him thoughtlessly killing a bird was a clear sign that this guy is an asshole — and a hint at what was to come.)

Things get more complicated, of course, when the characters mistreat Starro, a big beast who’s potentially more useful to humans than a flock of regular birds. When we first see Starro’s hive mind abilities, they’re framed as terrifying. An alien, animal force taking over the minds of human beings and assimilating them into its consciousness is not a new idea in science fiction, but it’s definitely effective.

Humans value our independence, so much so that most world religions value the idea of free will. In fact, humans so deeply fear moving in a herd or a flock or a hive that many have developed a distaste for basic social welfare programs. There’s a reason some conservatives call their enemies “sheeple.”

But Gunn complicates Starro’s whole deal in his movie’s third act, giving us the meat of his animal-human thesis. Yes, Starro uses his army of mind-controlled humans to try and take over the city, but when he’s finally slain, he tells the Suicide Squad that he had been perfectly happy floating in space and “looking at the stars.” Like King Shark or the NYT squirrel, Starro was made into a threat by human beings. He just did what he could with the tools his nature gave him.

It’s a tough sell, asking moviegoers to analyze the way they think about animals. But the alternatives, from mass extinction to an increasing number of violent animal-human encounters, are much worse. Maybe that’s why Gunn gives one of his movie’s final moments of silly triumph to Weasel, the human-animal hybrid who wakes up, spits seawater into the sand, and scampers into the forest.

Like Starro wishing the American astronauts had allowed him to keep floating and staring at the stars, Weasel may not have killed those “twenty-seven children” if humans had just left him the hell alone.

The Suicide Squad is in theaters and on HBO Max.