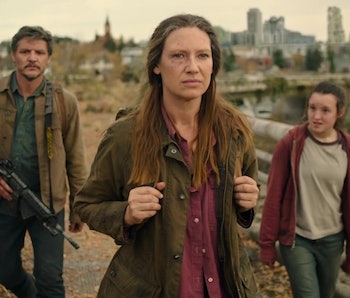 The Last of Us is being lauded for just how similar it is to the original video game. Maybe it’s the fact the game’s writer is billed as co-showrunner, or maybe it’s because of how cinematic the game was from the get-go, but even in just two episodes there are countless side-by-side comparisons we can make between the series and the game.

There are still, however, some big differences. The reveal that the spores, a major element of the game that indicated infection, weren’t going to be in the HBO series caused some concern among fans. But Episode 2 revealed that what the show replaced spores with was even scarier and more suspenseful.

The initial reaction to word of the infectious spores getting removed was mostly confusion. Why eliminate a telltale sign that some infected are hanging around? Did HBO not want to hide the faces of its characters? Pedro Pascal, after all, is already carrying another sci-fi escort mission series while almost never showing his face, so maybe The Last of Us’ creators wanted to avoid diminishing returns.

Whatever the reason, the payoff for the change became evident in Episode 2, when Joel and Tess tell Ellie about the tendrils of a vast, miles-long network that connects the Infected. “You step on a patch of cordyceps in one place, and you can wake a dozen Infected from somewhere else,” Joel says.

These tendrils are not only rooted in science, but they’re more tailored to television as a medium. In the game, spores acted as a sign that clickers or bloaters were nearby. They kept the player’s head on a swivel, signaling that an encounter wasn’t a matter of if, but when.

A TV series isn’t beholden to a single character’s point of view. While a player is stuck with the mindset of Joel, the viewer has the privilege of seeing action anywhere, and the same dread established by the spores is now supplied by these tendrils. We see them wrap around a hand, and then miles away they awaken an entire horde, creating a ticking clock as Tess convinces Joel and Ellie to forge on without her.

Spores may not be entirely gone — co-showrunner Craig Mazin told The Washington Post that “you may see spores yet” — but they’re a device more suited to a video game character crawling through dark hallways. Tendrils, on the other hand, represent not only the vastness of the threat to the few survivors we’re following, but also the intimidating interconnectivity of the infected.

The zombie-like victims in the game weren’t much more than faceless enemies to be gunned down, but in the HBO series we see the almost beautiful life of the infected. Yes, they’ve lost all humanity, but they’re “more connected than you know.” It’s a life that Joel and Ellie would do anything to avoid, but in Tess’ last moments we see that the communion between the infected has an odd peace to it, and Tess comes to terms with it seconds before she and the infected blow up.

Removing the spores might mean ridding the series of one of the game’s most iconic images, but the tendrils and mushroom network could become an iconic image in themselves.

The Last of Us is streaming on HBO Max.