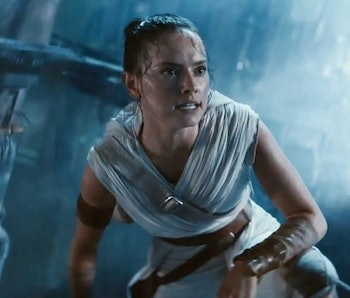 The Star Wars sequel trilogy is divisive, to say the least, but most fans agree it wasn’t the franchise’s best effort. Between behind-the-scenes politics, reshuffled creative teams, and rushed productions, the results (especially The Rise of Skywalker) garnered a lot of criticism that seemed to put the entire future of Star Wars movies in limbo.

However, a leak surrounding the next Star Wars movie may prove that Lucasfilm has learned from the lessons of the sequels.

According to Star Wars leaker MakingStarWars, who has a track record of revealing huge secrets like Princess Leia’s appearance in Obi-Wan Kenobi, Pinewood Studios in London is expected to begin construction for the sets of a new Star Wars movie sometime in April or May of 2023.

Pinewood has been a key location in the production of every Star Wars movie since Disney acquired Lucasfilm, so the site itself isn’t much of a surprise. However, the timing is intriguing. The next Star Wars movie is slated for December 2025, so why would production begin two years before release?

The answer lies in the past — The Rise of Skywalker had an incredibly rushed production, often requiring director J.J. Abrams to set up a mobile cutting room on set to keep editing on schedule while still shooting. The results speak for themselves, so if production is beginning this early, it’s clear Lucasfilm is erring on the side of caution to prevent another debacle.

While this is a good omen for Star Wars fans, it’s still unclear exactly which Star Wars movie is being given this much lead time. Presumedly it’s the long-anticipated Taika Waititi project, but Lost co-creator Damon Lindelof is reportedly working on a script too.

Regardless of which writer is getting the slot, this is a large and intelligent shift in strategy for Star Wars. Unlike when the sequel series came out, Star Wars fans no longer have to rely on just the movies and a small supplement of animated series to give them their fix. There’s now another major tentpole on Disney+, with (most) of the live-action streaming series garnering acclaim.

As a result, there’s longer a need to rush out movies just to sate fans and rake in money. Fans have waited two years for Season 3 of The Mandalorian, and they can wait two years for the next Star Wars movie. Patience is a virtue, and in this case, it’s the key to avoiding another Rise of Skywalker.