“The version of me that they want doesn't exist.” 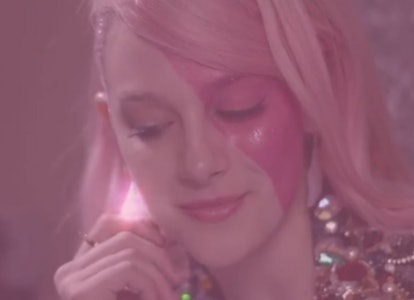 There’s nothing riskier than a nostalgic reboot.

When studios decide to bring a classic childhood icon into a new era, it could be a smash hit like the Marvel Cinematic Universe or a complete flop like Tom Cruise’s The Mummy. However, there is a third approach to this revitalization: a reboot that acknowledges the flaws of the past and uses them to its advantage.

Though it didn’t receive much attention when first released, this 2015 film, now streaming on Netflix, is a masterclass in rebooting a beloved story in a way that honors it while modernizing its story.

Jem and the Holograms is a sci-fi drama film directed by Crazy Rich Asians’ Jon M. Chu. A reboot of the classic 1980s animated series, this film doesn’t set out to merely bring the characters to live-action but drag the decades-old franchise into the internet age.

Jem and the Holograms opens with a long monologue about the “alter egos” we portray on the internet, followed by an introduction to our main characters, a band of four sisters. There’s Jerrica (Audrey Peebles,) aka Jem, her sister Kimber (Stefanie Scott,) their fashionista foster sister Shana (Aurora Perrineau,) and rebel foster sister Aja (real-life pop star Hayley Kiyoko).

The film follows Jerrica’s sudden viral video fame and rise in the music industry, which comes with its ups and downs. That sounds similar to every musical drama ever made, but that’s not the case thanks to Jon M. Chu’s brilliant direction. Chu may have spent the preceding years directing Justin Bieber’s concert films, but he flexes every creative muscle in this work, making it more than just a music movie.

For example, in one scene, Jem is negotiating her new contract over email with Erica Raymond. While she drives a hard bargain to win her sisters a ticket to Hollywood, watching two people send emails isn’t the most thrilling cinema. But in Jem and the Holograms, this scene is intercut with clips of a drum duel on YouTube. It’s a perfect choice as it ties in the top-to-bottom musical motifs of the narrative while still underlining the movie’s Extremely Online tone.

While all these elements are great, they only make for a great pop music film. For this to be a great sci-fi movie, there has to be some sort of futuristic element — and that comes in the form of the titular Hologram. While in the original cartoon, a supercomputer beamed images of the band into arenas, the hologram in this film is far more personal. Jem’s late father, an inventor, left her a robot-like device that she must follow on a deeply sentimental journey.

Jem and the Holograms was panned mainly because of its transparent intention of rebooting nostalgia in 2015. However, reboots like Cruella and Riverdale prove that source material isn’t a blueprint but a launchpad.

Now that Jem’s approach of adaptation is en vogue and nearly everyone involved has skyrocketed to fame (pop star Kesha and Succession’s Nicholas Braun even have cameos), Jem and the Holograms is, finally, a hidden gem.

Jem and the Holograms is now streaming on Netflix.