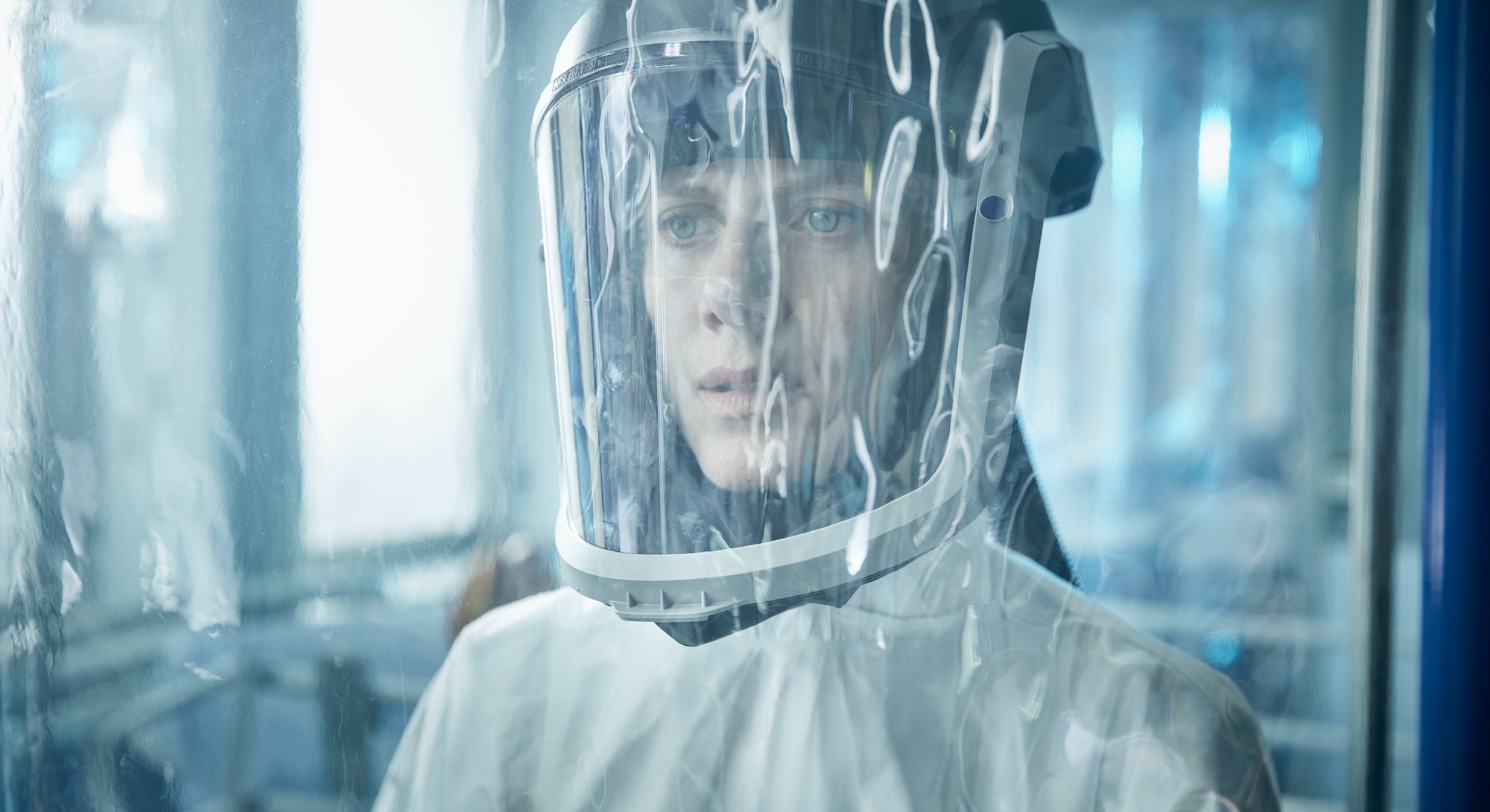 Usually, that much turnover is a red flag, a blaring alarm about a film’s eventual quality. But not so for Oxygen. An unbelievable amount of care and thought went into every part of production, largely thanks to director Alexandre Aja.

“My job as a filmmaker is to avoid what I call showstoppers,” Aja tells Inverse. “All those moments in the movie when the acting is not good, where something is too obvious or something is not interesting enough so you can stay within the journey.”

For a Netflix movie meant to be viewed at home, situating the viewer within the journey is no small task — but through Aja’s direction, Oxygen captures the viewer’s attention and never lets it go.

Oxygen is the story of Liz (Laurent), a French woman who wakes up in a cryogenic chamber. With no memory of who she is, Liz struggles to escape as her oxygen levels slowly deplete with only a Siri-like device named MILO to help her. Through MILO, she’s able to piece together her identity using phone calls and the internet, slowly uncovering why she’s trapped in the chamber.

Survival movies only work if the audience is as nervous as the main character, and Liz is the ultimate audience surrogate. Like her, we know nothing about her identity when we first see her. We trust her assumptions from the start and then grow increasingly paranoid as lies start to unravel. We’re right there with her in the pod, feeling her panic.

“I hope the audience wakes up in that box and doesn’t try to come out at any point,” Aja says.

Though the script was written years ago, the issues Liz deals with are ripped straight from the Covid-19 pandemic. Loss, grief, seclusion, and hopelessness are all concepts Oxygen explores — and the connection with rationing oxygen is self-explanatory. As Liz triggers her memory, she realizes her past isn’t as rosy as she first thought. Her journey through her memories grows bleak as she realizes she lost a loved one to a deadly virus. It may not be intended as a pandemic movie, but that’s what makes it all the better.

“We started making this before Covid and then Covid happened and it just made the movie feel like a necessity,” Aja says.

Because of the claustrophobic nature of Oxygen, filming was a challenge. With just one location to play with, Aja had to get creative.

The majority of Oxygen is filmed from what would be the lid of the pod, looking down on Liz. But as she becomes more aware of her surroundings, different perspectives come into play, from the side, feet up, from Liz’s point of view. We even see Liz’s own panicked fantasies of what may happen. The pod may be small, but there are countless ways to capture it.

Despite these limitations (or perhaps because of them), Laurent gives us one of the best on-screen performances of 2021 so far. She immerses herself totally as Liz with every moment and every panicked breath. Considering the coffin-like space she’s enclosed in, she communicates her emotions in a running monologue, constant flashbacks, and facial expressions that will stay with you for weeks. “We went very in detail every day on set to pinpoint exactly what we wanted to convey to the audience what we want to feel at that point; why it was so important,” Aja says. But the level of direction he wanted to give was impossible due to the cramped setting, so Aja communicated to Laurent through an earpiece.

That’s just one example of how Aja turned each obstacle into an opportunity. Netflix asked Aja to make the movie in French, and he worked the language barrier to his advantage. “That French European identity was giving the whole movie a different color. The type of thing that we talk about in Oxygen could happen in France; it could happen anywhere in the world.”

While Oxygen is marketed as a sci-fi movie, it’s not clear until you watch it just how realistic some of this science fiction actually is. Much of the cryogenic technology is based on how cryogenics work currently, but a series of twists and turns brings Oxygen from a mere near-future science fiction thriller to a full-on post-apocalyptic space opera.

By far, the best part of the film is the ending. As Liz comes more to grips with her situation and she loses more oxygen, she has to confront some harsh truths about who she can trust. Can she trust the authorities on the phone? Can she trust MILO? Can she even trust her own memories? These questions lead to a twist that will immediately make you want to rewatch Oxygen to pick up on clues.

Oxygen may look like a simple small-budget sci-fi film, but beneath the lean premise lies a rich, twisting story of pandemic paranoia, personhood, memory, and what hope lies beyond a planet ravaged by a pandemic. It’s exactly the movie we need right now and the infusion of hope we deserve.

Oxygen is now streaming on Netflix.