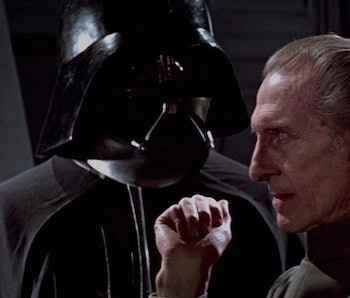 You call that easy? In Star Wars: A New Hope, after the Millennium Falcon escapes the Empire and makes a beeline for the Rebel base on Yavin IV, Princess Leia tells Han Solo that things are about to get worse. But how did Leia know for sure what the Empire was doing? In Part IV of Obi-Wan Kenobi, we suddenly know exactly when Leia gained her insight into how the Empire tracks down escaped prisoners. Plus, how Vader learned the trick in the first place.

Spoilers ahead for Obi-Wan Kenobi Episode 4.

Nearly the entire plot of episode 4 of Obi-Wan Kenobi will remind even a casual Star Wars fan of the original 1977 film. This series has always been about rescuing Princess Leia from the Empire, but in Part IV, the imagery is very similar to A New Hope, with several beats nearly identical. For example:

But the biggest moment that connects to A New Hope ends up being what the entire episode is basically about. In the denouement of the episode, after Darth Vader accuses Reva of failure, she reveals that she actually wanted Obi-Wan and Leia to escape. Reva let them go on purpose, and at this moment, Vader and Leia both learn valuable lessons.

In A New Hope, after Han Solo and Luke Skywalker blast a few TIE Fighters and punch into hyperspace, the audience quickly learns that Darth Vader himself placed a “homing beacon” on the Falcon, with the hopes that the escaped Rebels will lead him straight to the Rebel Base. Grand Moff Tarkin, ostensibly Vader’s boss, isn’t thrilled about this plan, and says, “I’m taking an awful risk, Vader. This had better work.”

Interestingly, A New Hope doesn’t create any kind of information gap for the folks on the Falcon. In the very next scene, Leia says, “They let us go. It’s the only explanation for the ease of our escape.” Leia is sure of this fact, and the fact that the Empire will roll up on Yavin IV creates a ticking clock that propels the entire climax of A New Hope.

Essentially, Obi-Wan Kenobi is exactly the same. Reva planted a tracker in Leia’s droid, Lola, which now sets the stage for the last two episodes of the series. The difference is that this is the first time Leia has experienced this deception from the Empire, and neither she nor Obi-Wan knows about the tracker.

On top of that, Vader says he “underestimated” Reva, which means he learned this trick from her. So, in a roundabout way, the entire third act of A New Hope now exists because Reva taught Vader a really smart move: If you want to find the base of Rebels or Jedi, let them escape, but just make sure you can track them.