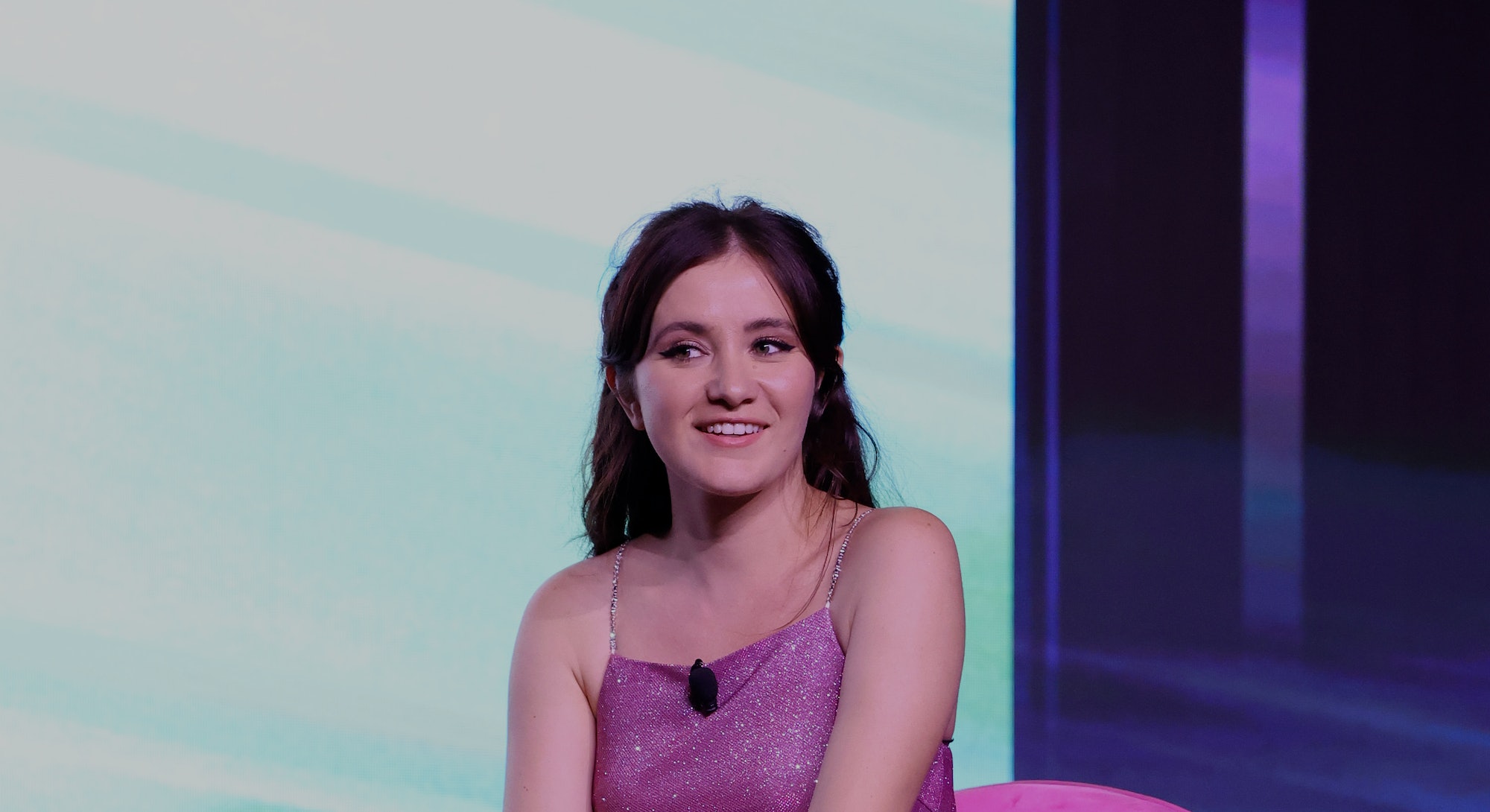 It’s not easy being green.

In Star Trek: Lower Decks, the show’s upbeat Orion character — D’Vana Tendi — is often hit with in-universe prejudices informed by the earliest of Star Trek canon. (The green-skinned alien race appeared in the very first episode of Trek ever: the original pilot, “The Cage,” filmed way back in 1964.) In 2020, Noël Wells — the voice actress who helps bring Tendi’s character to animated life — admitted that some of these jokes went over her head. But not anymore. Now, she’s further into a performance that is bringing new life to one of Star Trek’s worst tropes: the seductive alien slave.

As Tendi has her biggest season of Lower Decks yet, Inverse caught up with Wells to talk about how this kind of comedy works, how Lower Decks is different than any show she’s done before, and whether or not she’ll do the one thing fans keep asking her to do.

“We don’t always get to choose our mentors.”

Because Lower Decks is ostensibly focused on the activities of the lower-level crew members in Starfleet, it stands to reason that the careers of these underdogs can only go so far. And yet, this season is focused on Tendi training to become a legit science officer in the mold of Jadzia Dax or Spock. In Season 3 Episode 3, “Mining the Mind’s Mines,” Tendi is evaluated by the ship’s bird-like counselor, Dr. Migleemo (Paul F. Tompkins), about her ability to assert herself in big, high-stakes situations.

It’s the kind of personal growth storyline that pervades much of Star Trek, with echoes of TNG episodes like “Coming of Age,” and “Thine Own Self.” Eventually, Tendi draws strength not from Migleemo’s advice, but from her cantankerous former boss, Dr. T’Ana (Gillian Vigman), who is literally a cranky cat.

“It’s a very funny duo,” Wells says. “Tendi can be really exuberant and really wants to please. But Dr. T’Ana is just over it. Comedically, it’s great to play off of. But in life, we don’t always get to choose our mentors. Sometimes, the person who we think we’re least likely to be learning from is the person who teaches us an amazing lesson. For Tendi to actually admit that is hilarious, but it’s also great storytelling.”

“It’s not a cookie-cutter journey.”

Although many sitcoms tend to curb character development, Wells points out that Lower Decks Season 3 is unique because it’s actually pushing all the characters toward growth.

“I think the easy version of this was like, she was shy and now she's not shy,” Wells says of Tendi’s evolution in Lower Decks Season 3. “But it has a lot more dimension than that. Before she wasn’t shy, necessarily, but perhaps following the rules and thinking that her place was a little bit smaller. In this season, she’s getting to live up to something bigger than what she had dreamed for herself. It’s not a cookie-cutter journey. She is coming out of her shell, but she’s owning herself in what feels like true power.”

There are several surprises in store for Tendi in Lower Decks Season 3 and, without getting too specific, Wells does tease even more critiques about Orion stereotypes in future episodes. But, she points out that what’s great about the comedy in Lower Decks, and her character in particular is that it's a kind of balm against everyone’s personal struggles to feel validated.

“When you’re tested and put in these situations, you’re having to react toward other people’s craziness,” says Wells. “And the comedy is in the space between — the friction between what you think is sane and the insanity of the world pushing up against you.”

Speaking of the world demanding things of a person, since her casting as Tendi, Wells has been asked one question over and over again: Would she don green skin make-up to perform a live-action version of Tendi in a future Star Trek project? In 2020, this question was purely speculative, but now that her Lower Decks co-stars Tawny Newsome and Jack Quaid will play live-action versions Mariner and Boimler in Strange New Worlds, the door has been opened to the possibility.

“You guys keep asking me that,” Wells says with a laugh. “If it happens, I’ll probably say yes. I was resistant before because as me, as Noël as myself, [the idea of] being covered in make-up like that makes me anxious. But, then again, as me, Noël the entertainer, who wants to make people happy, maybe I would do it?”

Then again, what if there was a way for us to see a live-action Tendi without having to resort to the green makeup? There are hologram disguises in Star Trek, and all sorts of precedents for alien characters going undercover as humans. Even Doug Jones — famous for his various roles in complex makeup — appeared as a human version of Saru in Star Trek: Discovery Season 3. So, what if something like that happened with a live-action Tendi? Maybe she goes undercover as a human?